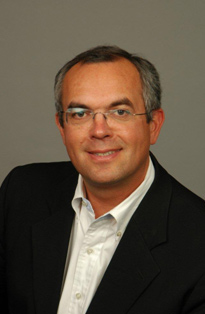 Eamonn Percy is Founder and Principal of the Percy Group Capital and Business Advisors.

In 1986, I had just graduated from engineering school with my newly-minted diploma, $30,000 in debt (1986 dollars), with no immediate prospects for employment.

Two years previously, I had driven across the country from Vancouver sleeping in a car I had purchased for $55, as the result of placing 30 simultaneous stink bids on surplus auction vehicles, and blew a piston only 50 km from the school forcing me to hitchhike the rest of the way to start my studies.

As a new graduate, I made my way to Toronto, determined to kick-start my career. After only two weeks, I was fortunate to land a job with the Ford Motor Company (Electronics Division) as a Midnight Shift Production Supervisor, at their 1,400 person advanced automotive electronics manufacturing facility in Markham, Ontario.

When I arrived at 11:00 pm on a Sunday night to supervise my first shift, I was surprised and slightly horrified to find that I was responsible for directly supervising 85 production line workers, most of whom were twice my age and who had seen young, eager engineers like me come and go many times.

This was definitely not an experience I had prepared for, however, I made one very important decision at the beginning of my shift that night, which enabled me to be successful in that role and then helped catapult my career at Ford and other companies.

I decided that rather than trying to dazzle all 85 people with my brilliance at recently acquiring an electrical engineering degree, I would do one simple thing – connect with each person as an individual! I thought the best way I could make that one-on-one connection would be to learn first and last names of each person by the end of the week.

So, for the 5 days, I would appear on the shift as the “Supervisor” but in reality they were tolerating my presence and supervising me, while deciding if I was worthy of leading them, and if I could stay or go. Meanwhile, each night I would take out a piece of paper on which I had drawn a map of the production line with the corresponding first and last names of each person.

I proceeded to try any tactic I could imagine to memorize their names, such as using it repeatedly in conversation like some Dale Carnegie Seminar on steroids. To my utter astonishment,

I very quickly learned each name and gained their confidence and respect.After nine months in this role, and showing respect for the people that worked for me, my hard-boiled manager, who himself had started on the production line, saw potential in me and moved me onto roles with greater leadership responsibility.

My first real lesson in leadership was complete. I learned that if you do the small things well for people, they will trust you with the big things.

I learned that leadership is about the respect we have for others in the little things we do, so we earn the right to be part of someone’s life, not be granted the right to manage his or her world.

I learned it’s about having the courage to do something hard, when everybody is watching and success is not a guarantee. It’s about the degree of caring we show for others, as human beings, not as colleagues, co-workers, associate or employees.

I learned that business is about people, first and foremost.

Eamonn Percy is Founder and Principal of the Percy Group Capital and Business Advisors. This article was first posted on the Percy Group Blog Page and is reprinted here with the kind permission of the author. For more information on the services of the Percy Group please check here. http://www.percygroup.ca/

Canada as an Energy Superpower- A Concept Revisited