All you need to Know about Drones 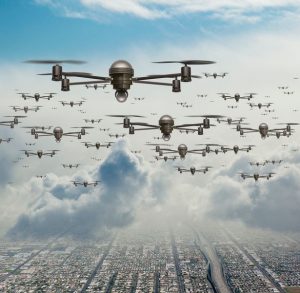 What is a drone?

Drones are all the buzz at the present being quite ubiquitous in many locations. A drone basically refers to a flying robot that is technically referred to as a UAV, unmanned aerial vehicle. It is usually controlled remotely or you could choose to program it to follow certain flight plans. They have simplified the way tasks are handled and you can now undertake tasks which seemed difficult, expensive, quite dangerous, access remote areas and fly at high speed using them.

The drone technology presents a world of endless possibilities as they could be designed to have computer vision, facilitate face and object recognition besides providing an efficient tracking technology. These common robotics pose a possible combination of networking, robotics and artificial intelligence, AI. They are versatile enough to adapt to a given environment and they could trace a given subject through an area.

The Projected rise in Drone use

The immense benefits of drones have led to a great leap in their sales volume. The global aerial drone market mostly consists of civilian and defense drones. Both segments of the market are projected to increase significantly with the Civilian and Defense expected to rise by $13 billion and $3 billion respectively by the year 2024.

Their potential use in the defense systems has made the militaries of many countries to adopt their use. At the present, the top five leading countries in military drones are USA, China, Israel, Russia and Iran. Drones have also become highly influential in helping mapping professionals in the various fields. These include mapping in Agriculture, Surveying, Environmental protection, Humanitarian aid and mapping in GIS. 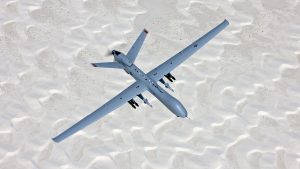 There are three SenseFly drones with the ability to map almost anything. The design of these drones involves the incorporation of a camera which yields countless results. You could attain speeds of up to 90km/hr. with an area of about 40 square kilometers being mapped. The flight time is 59 minutes and these drones have a 3km radio coverage. The drones are light with a weight of only 0.69kg, the wing span being 96 to 110 cm and the wings are the detachable type. The material used to make these drone is EPP foam which has been combined with carbon structure and the design is dust and shock protected.

Drones that are specifically designed for farmers are also in existence. One such drone has been poised as the most advanced agricultural drone and has significantly enabled French farmers to boost their crop yields by a whopping 10%. This particular drone works by capturing crop data using Parrots ground breaking technology. It has a weight of 1.1kg with a 3 km link radio range being equipped with a trademarked Sequioa camera.

This Sequioa camera has been made with a fully-integrated and highly precise multispectral sensor to capture data across four non-visible bands. The camera also has the ability to produce visible RGB imagery for just one flight session.

You could be able to cover hundreds of acres, up to 10X more ground compared to the quadcopter drones. At just a height of 120m you could get to cover 200 ha. This drone has the ability to generate precise index maps to create high quality prescriptions that may allow farmers to carefully optimize their crops and increase their production quality, boost their yields besides cutting down on the overall costs.

The combination of quadcopter drones with different cameras is aiding professionals in all the fields. What is more is that you can combine 3 different types of imagery in one flight to achieve advanced situational awareness. You could also come up with geo-referenced maps and models.

It is good to mention that search and rescue drones are also on the rise. The Swiss have been particularly at the forefront in the use of SAR technology. This might be explained by the fact that Switzerland responds to 1000 background SAR rescues annually, which sums up to about 10,000 manpower hours.

So what is special about the Swiss SAR Drone…?

This drone makes use of an algorithm software that is able to:

Besides this major development, the Swiss are still working on a design of a drone that will be able to distinguish human features in images, alert responders on an individual’s precise location during search missions, describe the conditions particular individuals are in and undertaking all the search in cases of emergencies with humans coming in for the completion of the rescue mission.

Drones in the world of herding sheep

Herding of animals could be revolutionized with the use of drones. These devices have the ability to cover more ground, they could check on the condition of the animals in a much faster way. The use of drones in herding sheep has been applied in farms that are as big as 200 acres.

Drones are aiding police and firefighters

The application of drones with regards to this is in their use in active shooter or crime scenes, crime and accident scene analysis, general surveillance, crowd monitoring, bomb inspection. The use of drones in managing fires entails their use in evaluation of the fire and the determination of its size and source.

A notable drone that has been handy in the police system is the Aeryon Drone-Skyranger. As a matter of fact it is has enabled drug dealers to be captured in Central America and Canada.

Australia and the United Kingdom represent the countries which have adopted their use in the police department. They have found them to be effective compared to the helicopters, dogs and even the officers themselves. Drones have also been used to search for missing persons and in the managing of accidents scenes besides being used to eliminate rural crime, to discover hidden drug crops and in the survey of crime scenes before forensic officers enter.

Police have also used drones to assess crime scenes and terror attacks or in the identification of the number of people who are involved and where exactly in the situation. It is good to mention that North Dakota, a USA state was the first to come up with a non-lethal weaponized drone. This drone was armed with tasers, tear gas, air bags as well as other non-lethal weapons. The device was created by a pro-police lobbyist who intended it to be used in the near future in criminal investigation.

The top 5 companies that are influencing the rise of civilian drones are: 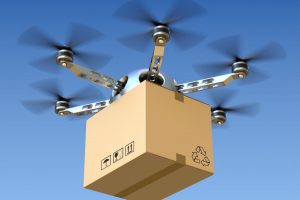 A rough comparison of DJI’s Mavic Pro Drone with the GoPro Karma places the former at a better place due to the favorable specks it offers. The Mavic Pro is a lighter and smaller drone with a longer flight time besides it covering a long stretch during a single flight. It will also enable one to avoid obstacles compared to the GoPro Karma and it is also cheaper. The GoPro Karma is only better in terms of the maximum flight time. For this reason DJI’s Mavic Pro has been hailed as the best civilian drone to ever be created.

In 2015, Drone’s startups raised more than $450 million and France is inarguably the number one nation for drone investment. The reason for this is because France was fast in getting their act together with regards to regulations guiding the flying drones.

The White House has invested $35 million to the National Science Foundation to find out whether drones can be effectively used for inspections, disaster response as well as in the study of severe storms.

Drones Jobs are on the Rise

It is predicted that about 100,000 additional drone jobs will flood the market in the next couple of years. These jobs will be in areas such as aerial photography as well as cinematography in outdoor film industry and in extreme sports, land surveying start-ups and an increase in drone manufacturers.

There is also a possibility of more jobs for UAV operators, drone pilots and engineers at the various levels of employment experience. At the moment there are University courses for drones as well as online courses related to drones.

Interesting Developments in the Drone World

Recently Facebook launched a drone, the Aquila which was meant to help attain a global Wi-Fi connection from as high as 60,000 feet in the air. The first flight was on the 28th of June 2016 with an aim of allowing those living in remote areas to get access to the internet.

Amazon, an online market platform has also tried to use drones for the delivery of their numerous orders. It is still in the developmental stages and it will only be officially used when the right regulations are set. There is also Google’s Alphabet’s Project Wing Drone that has been trialed by delivering burritos to Virginia University students.

The Zipline Drone is transforming the delivery of essential health services to the remote areas to help save the avoidable loss of lives. The goal of this service is an interesting and inspiring one, one delivery one life saved. Quite noble in nature.

There is also the Drone Racing League which is a recent development. In this the contestants navigate small, remote-controlled aircrafts at high speeds through aerial obstacles courses at iconic locations around the world. Several broadcasters have been involved in this namely ESPN, British Broadcaster Sky, Germany’s Prosiebensat.1 as well as MGM Television. The races have millions of online viewers and since the start of it about 12 Million dollars has been raised.

As has been seen in the various applications, drones are the future of doing the impossible and simplifying the possible. It is good to be on lookout on how the drone world will shape up in the near future.

Check out this great Infographic on Drones