Past emissions cause mounting climate havoc

LONDON, 25 March, 2016 – Climate change has reached the point where it may outstrip the quickening efforts to slow it by reducing emissions of carbon dioxide and other greenhouse gases, scientists say. 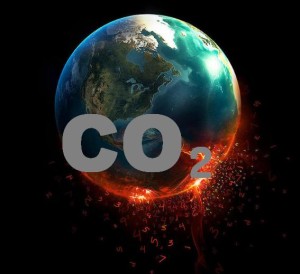 y say humans are now releasing CO2 into the atmosphere 10 times faster than natural processes have ever done in the last 66 mi
llion years, before the extinction of the dinosaurs.

The disclosure comes in the World Meteorological Organisation’s State of the Climate report, published in the journal Nature Geoscience.

The lead author, Professor Richard Zeebe of the University of Hawaii, said: “Our carbon release rate is unprecedented over such a long time period [and] means that we have effectively entered a ‘no-analogue’ state.

“The present and future rate of climate change and ocean acidification is too fast for many species to adapt, which is likely to result in widespread future extinctions.”

The UN secretary-general, Ban Ki-moon, said: “Climate change is accelerating at an alarming rate. The window of opportunity for limiting global temperature rise to well below 2°C – the threshold agreed by world governments in Paris in December last year – is narrow and rapidly shrinking. The effects of a warming planet will be felt by all.”

The WMO secretary-general, Petteri Taalas, said the present “alarming” rate of climate change as a result of greenhouse gas emissions was “unprecedented in modern records”. “The future is now”, he said.

Yet less than a week ago the International Energy Agency announced that global energy-related emissions of carbon dioxide had shown no increase for the second year in a row. The announcement was widely hailed as significant good news, with the IEA’s executive director, Fatih Birol, describing it as “yet another boost to the global fight against climate change”.

Advocates of a low- or no-carbon economy have been encouraged by other evidence that the world has begun in earnest to switch away from fossil fuels and the greenhouse emissions which they cause.

They point to the Paris Agreement itself, to the rapidly falling price of solar energy and other renewable sources, and to the shrinking market for coal, the most polluting of the fossil fuels.

But the WMO report spells out starkly one inescapable reality. The world may now be intent on cutting future greenhouse gas emissions in order to prevent climate change reaching levels beyond human ability to affect. But the emissions which have already reached the biosphere are long-lived, and they may persist long enough to damage the natural world irreversibly, no matter what we do now.

The WMO’s evidence suggests that massive damage is indeed inevitable. Among its findings are:

The world can slow or possibly even stop future greenhouse gas emissions. It has to live with the consequences of those that are already in the atmosphere and the oceans. On the WMO’s evidence, that may be the harder part. – Climate News Network