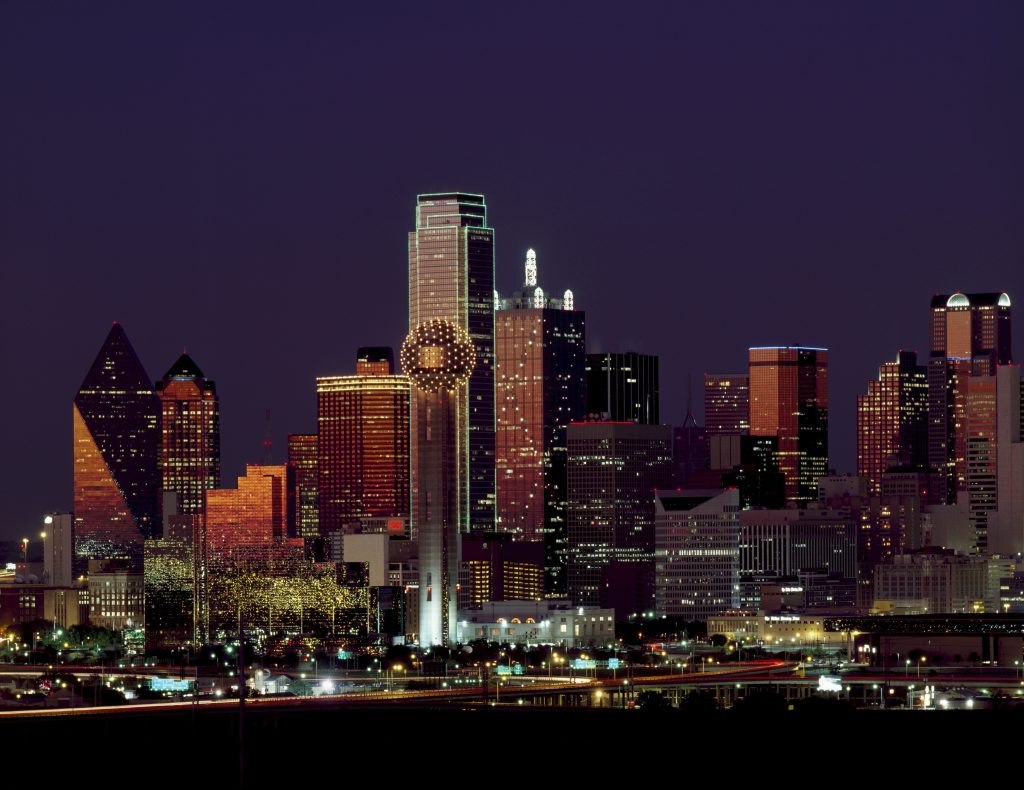 People can prepare for the weather, but they can’t control it. Rising summer temperatures and frigid winter storms present risks to lives and property damage. That’s nothing new.

However, over the past decade, extreme weather events have created unprecedented tragedies for many due to power outages that have limited their ability to stay warm or cool, access clean water or prepare homes and buildings to withstand future disasters.

The changing climate presents a new set of challenges for utilities nationwide. But why are power outages becoming a pressing issue in five states?

Are all Power Outages Always Linked to Natural Disasters?

The most common causes of power outages, especially in recent years, are due to extreme weather events, which in turn are linked to climate change. These are often referred to as natural disasters, but there may be many other reasons for the outages that have little to due with nature.

Climate change exacerbates the “normal” weather patterns, resulting in seasonal spikes or temperature declines, leading to wildfires, floods, or freezing ice storms. These, in turn, can knock out power supplies and destroy the electrical grid infrastructure, resulting in prolonged periods of no power.

The resulting loss of power can be incredibly detrimental to the elderly and people who need refrigeration for necessities. This effect is also harmful to water-based power systems.

Climbing temperatures can contribute to severe weather and drought, which means less water for hydroelectric power. Lack affects power plants that need water for cooling and the full range of motion of mechanics that extremely high heat threatens.

Power outages at this scale have severe consequences for the residents, cities, and entire states can be affected. But why have some energy systems failed while others have remained operative?

Policy Failures in Some States Slowed Measures to Adapt

Climate scientists have long warned about the consequences of our changing climate. Unfortunately, responding to these warnings is politically fraught and limited by state and federal funding for infrastructure, weatherization and disaster prevention.

Furthermore, profit-driven energy companies are reluctant to invest in weatherization or renewable energy sources without regulation to force their hand. The energy redundancies and modern infrastructure that could have prevented dramatic failures in the past year weren’t in place — and in many states, there are still frictions preventing timely action from avoiding future losses.

We’ll share which states had the most power outages last year and the unique state-level issues that contributed to these failures, whether it’s energy deregulation, housing policy or government inaction — or a combination of all of the above. It is clear that while climate-linked natural disasters may be inevitable, the failure to prepare for such issues adequately is not.

States With the Most Power Outages in 2021

Some states struggle with power outages more than others for various reasons. Here are five that had the most power outages in 2021.

Texas ranked No. 1 for the most power outages last year. In total, there were 66 electric disturbances in Texas in 2021. The most well-known occurred in February, when an unprecedented winter freeze largely contributed to the outages, causing power plants to struggle. Generators couldn’t produce enough power to sustain the entire state. Natural gas was limited, and even some of the equipment was frozen.

Energy and policy experts point to Texas’ deregulated state energy system as an essential point of reform in the face of continued climate crises. Texas runs on a largely isolated power grid, meaning it is solely responsible for its power failures and cannot rely on connected energy from its neighbours.

Since the system is in the purview of Texas’ Republican governor and state legislature, there is widespread criticism that financial incentives prevent essential regulations on natural gas and electricity production.

The only move state politicians made since the highly publicized February outage was to require more weatherization of energy utilities. Little action has been taken to fix the core regulatory conditions that almost led to complete system failure in 2021 — a narrowly-avoided catastrophe that would have left most Texas residents without heat, drinking water or light for an indefinite amount of time.

Coming in at No. 2 in outages in 2021 is Louisiana. There were 19 total electric disturbance events in the state last year. The leading cause of power outages was severe weather, flash flooding and hurricanes.

The most damaging natural disaster in Louisiana in the past year? Hurricane Ida tore through the state in August, leaving over a million people without power and killing 26 people. While New Orleans’ levees held and prevented the damage wreaked by Hurricane Katrina, the outage still devastated the state population and took weeks to restore power fully.

Entergy, the company that services most of Louisiana’s affected residents, has come under criticism for failing to make the investments necessary to prevent outages caused by frequent hurricanes. Reports show that while Entergy has invested funds to reinforce infrastructure in the years since Hurricane Katrina, they have steadily decreased investment in power distribution since 2015.

Additionally, critics argue that while Entergy’s infrastructure may hold up to older safety standards, coastal cities need poles that can withstand winds up to 150 MPH. Many areas around the city of New Orleans still have wooden poles and other equipment that researchers consider outdated in a region that needs to stand up to Category 4 hurricanes.

Wildfires and drought are the leading causes of power outages in California. Dirt and debris build upon the power lines due to the lack of consistent and steady rain. When the rain comes, it turns to mud which conducts electricity that can potentially start a fire. These fires lead to power outages.

Fires aren’t the only woe the state faces in hot weather. Heat waves create higher demand for power —residents need more energy to stay calm — which can strain the grid. While utilities can anticipate shortages, the state is looking for ways to increase energy generation with renewable sources and more reliability.

In recent years, California legislators have been forced to respond to various issues stemming from increased wildfires and power outages. When anticipating power shortages, state agencies have called for residents to reduce energy usage in peak hours to limit the risk of uncontrolled blackouts. Other safety improvements help residents, too — the state now requires battery backups for electric garage doors to enable people to leave their homes in cars without getting stuck.

On the supply side, state utilities must submit wildfire mitigation plans that protect infrastructure from damage. Utilities have spent the last year installing more backup batteries for peak load and can import a degree of energy from neighbouring states due to grid connectivity.

Finally, some risks are related to population growth near more vulnerable, forested parts of the state. Many housing advocates are pushing for cities to develop denser housing in safer California cities, so residents searching for affordability aren’t forced into wildfire-prone areas.

Furthermore, researchers emphasize the need to retrofit homes and buildings in these areas to require better air filters, vents with ember guards and to create stricter codes for building wood structures.

The February 2021 freeze was brutal in Arkansas. The state accumulated 20.3 inches of snow in back-to-back storms from Feb. 14-to 18. The frigid temperatures in the single digits made it increasingly dangerous to be without heat.

Thousands of Arkansas residents serviced by Entergy and the Electric Cooperatives of Arkansas were subject to loss of power due to ice accumulation on power lines and fallen trees and tree limbs damaging pipes.

Luckily, reports show that most residents only went without power for short periods. However, as the climate changes, scientists predict Arkansas will see more severe weather like this in the future. Furthermore, Arkansas’ power grid is considered high-risk by the North American Electric Reliability Corporation report thanks to damage, heightened demand and drought conditions affecting hydroelectric power generation.

Last summer, heatwaves in Washington state caused residents to crank up their air conditioning. So many people were using energy at once, and power companies feared the grid would fail. Temporary outages encouraged residents to conserve their energy and protect their source of electricity. Storms also impact Washington’s energy resilience — in December of last year, the snowstorm caused thousands to be without power.

Ultimately, energy experts in Washington are working on increasing reliability in the grid while maintaining their goal of pushing toward renewable energy generation across the state. The legislature has planned to retire coal-fired power plants by 2025, which will require heavier investment in renewable energy sources and technology that enables continuity of service like battery backups, increased transmission lines and onshore or offshore wind power generation plants.

Balancing the high demand for energy in extreme weather with legislators’ and voters’ desire for clean energy generation will require increased funding and thoughtful policy. Washington The State’s most significant energy source is hydroelectric generation, with natural gas following suit.

There are numerous proposed solutions to the risks of climate change and power outages. Some are state-dependent, as discussed above — for example, Texas’ uniquely decentralized energy grid needs reform, while California’s struggle with affordable housing puts more residents in vulnerable positions.

Some infrastructure solutions may help across the board. Underground power lines can insulate the grid from severe weather because buried lines can prevent possible electrical sparks that have contributed to wildfires in the past and protect the grid from potential natural disasters. One key problem? These underground power lines are expensive to install, running millions of dollars by the mile.

At the federal level, one of the Biden administration’s key priorities is strengthening energy infrastructure and investing in renewable energy options. The Infrastructure Investment and Jobs Act became law this January, creating funding for $62 billion in electric and grid infrastructure improvements. The bill also increases funding for power utilities to respond to natural disasters.

People use more energy when the weather is too cold or blazingly hot. This contributes to the demand for energy and electricity increases, draining the supply and leading to a greater risk of a blackout.

It’s vital to understand climate change’s effect on the power grid and conserve energy to keep the lights on. From there, voters can push elected officials to take necessary action to regulate risks, weatherize energy grids and shift away from vulnerable energy infrastructure.

Evelyn Long is a writer and editor focused on construction and sustainability. Her work can be found on Renovated, a web resource for better building and design.