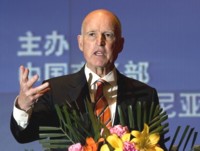 Governor Brown is leading the fight against climate change in California, expanding his state’s carbon market and issuing an executive order to aggressively reduce greenhouse gas emissions in California. Last month, he announced a bold effort by subnational leaders from across three continents – the Under 2 Memorandum of Understanding – to limit warming to below 2 C.

Felipe Calderón is chair of the Global Commission on the Economy and Climate, an international initiative to analyze and communicate the economic benefits and costs of acting on climate change. 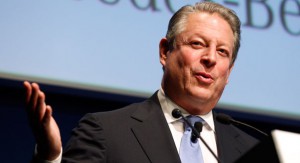 Al Gore is chair of The Climate Reality Project, a not-for-profit organization that raises awareness about the urgency of the climate crisis. In 2007, he was awarded the Nobel Peace Prize for his work in informing the world of the dangers of a warming climate and the actions needed to avoid a climate catastrophe.

The summit will build on the action that Ontario has already taken against climate change including announcing a cap and trade program to limit the main sources of greenhouse gas pollution, setting a 2030 mid-term target for greenhouse gas pollution reduction, ending coal-fired electricity generation and electrifying and improving Ontario’s commuter rail network.

“Al Gore, Felipe Calderón and Jerry Brown are at the forefront of the fight against climate change. Ontario is proud to feature them as keynote speakers at our Climate Summit of the Americas.”Glen Murray, Ontario’s Minister of the Environment and Climate Change.

“We look forward to hearing and learning from their expertise and insights on effectively fighting climate change and how collaborative efforts such as our summit can lead to real progress, improved productivity across all sectors of the economy, greater global prosperity and ultimately a better quality of life for all of us.”

Climate change is already hurting our environment, causing extreme weather like floods and droughts, and hurting our ability to grow food in some regions. Over the near term, it will increase the cost of food and insurance, harm wildlife and nature, and eventually make the world inhospitable for our children and grandchildren.

Fighting climate change while keeping industries competitive and strong is part of the government’s economic plan for Ontario. The four-part plan is building Ontario up by making the largest investment in public infrastructure in the province’s history, investing in people’s talents and skills, creating a dynamic, innovative environment where business thrives, and building a secure retirement savings plan.

Legal Compliance Responsibility Ultimately Rests with your Board