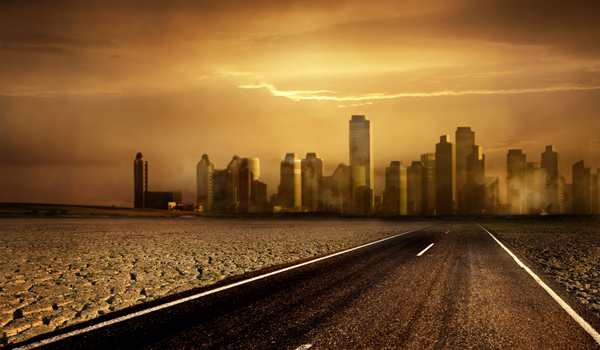 LONDON, 3 August, 2017 – If humans go on burning fossil fuels at an ever increasing rate – the notorious “business as usual” scenario – then potentially more than a billion people could be exposed to lethal levels of heat and humidity in this warmer, wetter world.

But if, instead, the world manages to act upon a global promise made in Paris in 2015, and to contain global warming to no more than an average rise of 2°C, the number at risk would be measured only in millions.

The threat comes not just from the extremes of heat of the kind that in 2015 killed an estimated 3,500 in India and Pakistan. It comes from the deadly double punch of heat and rising humidity.

Human safety under such conditions is measured on a scale called “wet bulb temperature”. Once this combined measure of temperature and air moisture reaches 31°C, perspiration can no longer be easily evaporated. Since perspiration is part of the machinery for keeping cool in intemperate conditions, human health and even survival is threatened.

And researchers report in the journal Science Advances that unless there are serious reductions in global emissions of carbon dioxide and other greenhouse gases that drive global warming and could trigger catastrophic climate change, the most extreme, once-in-25-years heat waves could increase wet bulb temperatures now at around 31°C to 34.2°C. At 35°C, few humans could survive more than a few hours.

“It brings us close to the threshold of survivability,” said Elfatih Eltahir, an environmental engineer at the Massachusetts Institute of Technology in the US.

And the people most likely to be at risk from such extremes live in northern India, Bangladesh and southern Pakistan. These regions are home to 1.5bn people, one fifth of the world’s population, many of whom survive on subsistence farming: they are among the world’s poorest. They are more likely to work out of doors, and are less likely to have access to air conditioning.

“With the disruption to agricultural production, it doesn’t need to be the heat wave itself that kills people. Production will go down, so potentially everyone will suffer”

“That makes them very vulnerable to these climatic changes, assuming no mitigation,” said Professor Eltahir.

The forecasts are based on computer simulations of scenarios that nobody would wish to see repeated as real life experiments. They are backed by inexorable logic: for every 1°C rise in temperature, the potential saturation levels of the air rise by 7%, so where there is water to be evaporated, local humidity rises with the thermometer.

Professor Eltahir and his colleagues in 2015 examined conditions in the relatively wealthy Gulf region, and predicted potentially lethal wet bulb temperatures by 2100. He recently examined the effect of climate change on the flow of the River Nile, which provides food for millions in Egypt and Sudan.

Then he and colleagues looked at the possible future consequences for the most densely populated, food-growing regions of South Asia. Other researchers have repeatedly warned that heat extremes will increase, both in temperature and in frequency,  and in particular in parts of Asia.

These heat waves will make air temperatures so high that some planes will have difficulty taking off, and will certainly reduce harvests in ways that will once again put the world’s poorest at highest risk.

“With the disruption to agricultural production, it doesn’t need to be the heat wave itself that kills people. Production will go down, so potentially everyone will suffer,” said Professor Eltahir. But this doesn’t have to happen: serious emissions reductions could reduce the risk.

“With mitigation, we hope we will be able to avoid these severe projections. This is not something that is unavoidable.” – Climate News Network