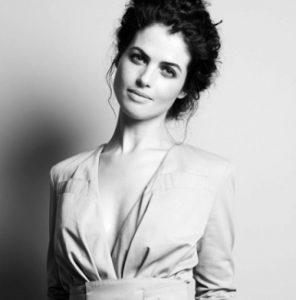 Award-winning designer Neri Oxman is bringing her big ideas to Metro Vancouver’s 2016 Zero Waste Conference on November 3, 2016, as the keynote speaker for the 6th annual event.

Oxman is the Sony Corporation Career Development Professor and Associate Professor of Media Arts and Sciences at the MIT Media Lab where she works to enhance the relationship between the built and the natural environments by employing design principles inspired or engineered by nature and implementing them in the invention of novel digital design technologies in areas such as product and architectural design, as well as digital fabrication and construction.

Oxman was named to ICON’s list of the top 20 most influential architects to shape our future, and was selected as one of the 100 most creative people by Fast Company.

She was named a “Revolutionary Mind” bySEED Magazine and was included in Esquire‘s Best and Brightest. In 2015 she was named to ROADS’ 100 Global Minds: The Most Daring Cross-Disciplinary Thinkers in the World. S

he is included in prestigious private collections and has received numerous awards including a 40 Under 40 Building Design + Construction Award, a Graham Foundation Carter Manny Award, the International Earth Award for Future-Crucial Design, and a METROPOLIS Next Generation Award. Oxman received her PhD in design computation as a Presidential Fellow at MIT, where she coined the term Material Ecology.