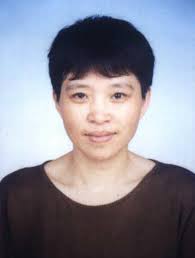 Zhang Shiqiu, Director of the Institute of Environment and Economy, Peking University

Xinhua, May 6, 2015. China is committed to taking its responsibility to reach a binding climate agreement in Paris in late 2015, said a Chinese scholar here on Tuesday.

Zhang Shiqiu, Director of the Institute of Environment and Economy, Peking University of China, made the comments at the panel of “The Road to Paris: The EU, China and Global Climate Governance”.

She also stated that China insisted the “common but differentiated responsibility” (CBDR) principle, which didn’t mean China use it as an excuse to escape its responsibility but pose a picture of the future international governance.

In fact, China did make strong political commitments itself and take actions to address the climate change nationwide, said Zhang.

She explained that in the year of 2007, China developed its national programs and policies for responding the climate change; in 2009, China promised in Copenhagen that it would reduce the carbon intensity from the 2005 level to 45 percent by 2020, which was an ambitious target at that time but were not equally recognized by the international society in the past.

Last year, China and the United States also issued a joint statement on climate change, in which China promised to achieve the peaking of carbon dioxide emissions around 2030 and increase the share of non-fossil fuels in primary energy consumption to around 20 percent by 2030.

Moreover, China insisted that countries with more capacities should take more responsibilities, and it expected more commitments from developed countries, so as to transform the whole world into a green and low-carbon society, said Zhang.

She also urged that the key issue concerning the Paris climate agreement should not be limited to argument over the responsibilities, but to do something to fix the problem worldwide.

When talking about China and the EU’s role, she said the two parties had a lot of common interests concerning about the climate change, and both cared about air pollution, environment conservation, etc.

Besides, both China and the EU hoped to increase the use of renewable energy and transform into a greener society. She stressed that there were a lot of experiences that China can learn from the EU.

In related news, China will set up an official accountability system as it steps up efforts to promote ecological protection, according to a guideline issued on Tuesday by the central government.

Officials who fail to meet requirements and contribute to environmental damage will be put on record and subject to a lifelong accountability system. That means they will not be appointed to other important positions or promoted, and they will be held responsible for damages even if they have left office.

Resource consumption, environmental damage and ecological benefits will be included in a comprehensive assessment system for economic and social development, according to the guideline. An audit of natural resource assets and environmental responsibilities will also be implemented when officials leave their posts.

China aims to make the state of its ecological environment equitable to the goal of building a moderately prosperous society in all aspects by 2020.

Greenhouse gas benchmark of 400 parts per million reached and excceded

Local Governments leading the way to a global climate solution