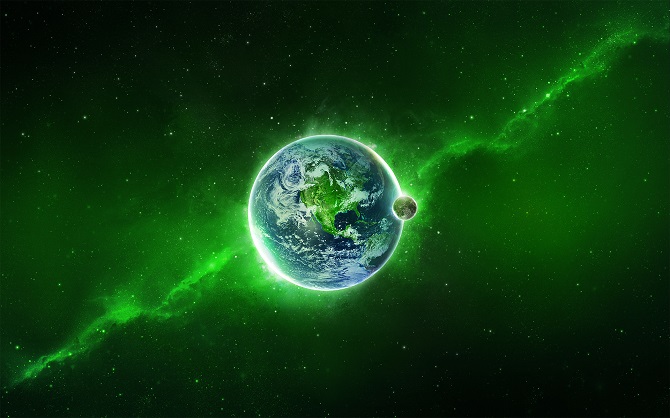 8 July 2015 – When historians look back on the year 2015, it may well be remembered as a turning point in history when a revolution was sparked in the way humanity interacts with the planet. After all, the world’s nations have set a deadline this December to sign a landmark global climate treaty in Paris to tackle the growing environmental crisis.

Critics will point out that at the last meeting in 2009 in Copenhagen, where an agreement was supposed to be inked, talks failed. I was a journalist covering the summit then and had a ringside view of the political posturing leading up to the collapse of the negotiations. Watching global events unfold then and now, I have come to believe that this year might be different.

I’m not absolutely convinced a deal will be signed. But compared with 2009, the world is awakening to the existential crisis we face as a civilization, at a pace and scale never seen before.

Letter from the Pope

The most visible manifestation of this awakening is the recent release of – and reaction to – Pope Francis’ explosive encyclical on the environment on June 18, in which he describes in stark terms our planetary crisis and the “spiral of self-destruction” caused by the world’s obsession with growth and consumption.

In his 180-page teaching letter titled “Laudato Si (praised be) On Care For Our Common Home”, the Pope goes into fascinating detail about the ills of our modern condition, touching on issues such as pollution, waste and the throwaway culture, climate change, the depletion of water, loss of biodiversity and global inequality.

“The earth, our home, is beginning to look more and more like an immense pile of filth,” he writes in the letter, noting how things are at breaking point “due to the rapid pace of change and degradation”, evident in recent large-scale natural disasters as well as social and even financial crises.

His observations extended to global leaders and the institutions that have failed to tackle the world’s growing crisis: Those who “possess more resources and economic or political power seem mostly to be concerned with masking the problems”.

Never before in the history of the Church has a papal document attracted so much attention.

It has been praised by even those beyond the environmental movement, such as United Nations Secretary-General Ban Ki Moon, but it also expectedly attracted a fierce backlash from climate-change sceptics and conservative politicians who say the Pope has no business speaking outside religion.

Whether they like it or not, there is no doubt that his letter – following the tradition of those by his predecessors on the issues of their time – has captured the current zeitgeist and struck a chord with many worldwide, not least putting climate and environmental issues right in front of his 1.2 billion Catholic followers.

One other significant development was a historic decision on June 24 – the first in the world – by a Dutch court which ruled that the government had a legal obligation to protect its citizens from climate change. In the lawsuit brought by 886 citizens, the court ordered the government to cut carbon emissions by 25 per cent in five years’ time – up from its current 15 per cent pledge.

This precedent, observers note, could trigger similar cases all over the world. Reports say similar lawsuits in Belgium and Norway are being prepared.

There are other developments happening at a speed and scale not seen in 2009: The global fossil-fuel divestment movement, growing corporate sustainability commitments, and the unprecedented growth of renewable energy worldwide are but some examples.

The bigger question is whether these will be enough. Just last month, a new study confirmed that the world is entering its sixth mass extinction. Not since the age of the dinosaurs ended 66 million years ago has the planet seen species disappearing about 100 times faster than they used to, said the United States-led study.

These events may not register on the average Singaporean’s consciousness in the same way as, say, breakdowns of MRT trains or the price of certificates of entitlement to own cars here, but they will have an impact on us and it’s important to consider what these might be.

The effects of climate change are well-reported: From rising sea levels to extreme weather patterns and political instability to the threat of wars, Singapore will not be immune.

The Government, on its part, last week announced a pledge to cut carbon emission intensity (emissions per gross domestic product dollar) by 36 per cent by 2030; it also last year unveiled a Sustainable Singapore Blueprint that sets out a vision for the Republic to be a zero-waste, car-light nation with a flourishing green economy by 2030.

But going beyond hard targets, the recent global conversation should prompt a deeper introspection among us about Singapore’s relationship with the environment. With this year being our jubilee year, this could not be more timely.

Singapore has managed to overcome its environmental challenges in the past 50 years – limited land, water and natural resources – with some foresight and integrated planning. But it still – for now – relies heavily on the outside world for food, water, energy and goods.

Despite its limitations, Singapore is guilty of many of the observations in the Pope’s letter about modern society, from its throwaway culture and those “vainly showing off their supposed superiority (with their possessions) and leaving behind them so much waste”, to the “huge consumption of rich countries”.

It has made me think that surely Singapore’s vulnerability should serve as sufficient motivation for us to be world leaders in environmental sustainability.

It doesn’t take much imagination to see that in a world with decreasing finite resources, a global shortage of any basic resource would put us at an extreme disadvantage, however much money we may have.

And when I refer to environmental sustainability, I don’t mean merely planting trees all over the city – I mean a society in which a consideration and respect for our environment pervades all aspects of our lives and informs all our business decisions and policymaking. In this respect, we still have a long way to go.

The Pope’s message, drawing on Saint Francis whose name he chose for his papal role, focuses on the idea of “integral ecology” and “just how inseparable the bond is between concern for nature, justice for the poor, commitment to society, and interior peace” – values I feel have had increasing resonance for Singaporeans in recent years, regardless of religion.

I hope this new column in The Straits Times, One Planet, will be a useful avenue for us to think deeply about some of these issues. I’d like to invite readers to get in touch with me on topics relating to the environment and sustainability that they feel is worth exploring and I will do my best to feature them in this column.

Whatever significance historians eventually assign to 2015, this year is a perfect opportunity, as the Pope puts it, for a new dialogue about how we are shaping the future of our planet.

Jessica Cheam is the Editor of Eco-Business, a journalist and a social entrepreneur. She founded Eco-Business in 2009 with a vision to provide a platform for the region to discuss and advance sustainability issues. Read more here of Jessica’s extensive experience and her passion for  advocating sustainability. This column was originally published in The Straits Times and is reprinted here with the kind permission of the author.