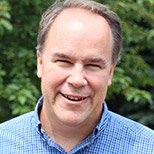 The air in major cities is full of dangerous particulates. Crop-growing regions for key commodities are shifting. Sea levels are rising.

Transparency is growing. It’s harder and harder to hide malfeasance. Oil spills and deforestation show up on satellite images. Carbon emissions are disclosed. Cell phones with cameras are everywhere. Communication is instantaneous. This omnipresent, collective human eye is attached to our global media — and the collective judgment that comes with it. It’s a growing force for knowledge and self-correcting judgment.

Regulation matters. As transparency plays out, so do regulators act. Volkswagen’s emissions rigging is discovered and regulators act. As more companies and state actors disclose their greenhouse gas emissions, global policy-makers and regulators act in the form of climate treaties and carbon taxation or markets. Contrary to a more cynical view, there are real and biting regulatory actions that can and do affect the behavior of the great powers in global commerce.

Investors see the risk. With the Paris climate agreement, there is a growing realization that there is significant money to be lost and made as the world moves to a lower-carbon economy. The managing director of banking at Barclays recently expounded on this, and he is not alone in his views that investors increasingly see carbon risk specifically — and environmental, social and governance risk generally — as material to mainstream investing and asset management. This hidden hand is deploying huge pools of capital to reduce risk and promote economic growth in the long term. Retirement funds, college endowments, insurance companies, hedge funds and retail investors are all integrating sustainability or ESG risk into their approaches.

Innovation matters. In many markets, we are starting to see the cost of renewable energy approach parity with fossil fuel sources. As the pace of innovation around solar, wind and nuclear increases, there is the potential for an era of “cheap energy” without the environmental price. Enormous investments are being made in things like artificial photosynthesis. These efforts, many of which are being driven by the best minds in academic and business labs, will without a doubt deliver solutions to many of our environmental challenges. It’s a question of when, not if.

Heroes are among us. Alongside the great minds in science, many individual policy-makers, business leaders, farmers and consumers are making millions of decisions and taking small steps, every day, to reduce their impact or improve the planet. Generally, people want to take care of their world, and science and the media are providing the tools and knowledge to help them do so. Lights are being turned off. Public transport systems are being built and used. Food is being wasted less. We want to be heroes.

Collaboration is happening. Some strange bedfellows are emerging. Competitors are talking to each other and to policy-makers around how to share best practices to reduce costs and improve efficiencies. Solutions to global sustainability problems are too big for any one country or company to solve. Emissions and rising sea levels are everybody’s problem, and everybody’s responsibility to solve. The 195-nation agreement in Paris among many nations that have very significant differences is a testament to this growing force.

Catastrophe needs to be avoided. There is growing evidence of just what our world will look like if we don’t. We’ve seen incredibly intense storms, record high tidal surges, island nations evacuating long-held communities to move to higher ground. We know the cost in human life and long-term security for allowing millions of poor, coastal-dwelling people to be exposed to the full fury of an unchecked and rapidly warming planet. We are afraid, and we should be. But we will also act on this fear.

Leading experts believe global disaster is avoidable. The 7 Reasons report recently published by Thomson Reuters (where I work) takes a look at the programs and people who are working hard every day to pull our planet from the brink and put it on the path to sustainability.

A version of this article originally appeared at thomsonreuters.com.