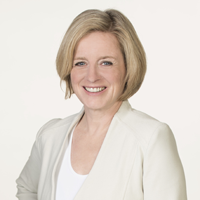 “This is the day we step up, at long last, to one of the world’s biggest problems — the pollution that is causing climate change.”

GLOBE-Net, November 21 – It was a bold step forward by any measure, and a clear signal that things have changed forever in energy-rich Alberta.

More significantly it sets limits for emissions from the oil sands, a move that would not have seemed possible only a few months ago.

“Responding to climate change is about doing what’s right for future generations of Albertans – protecting our jobs, health and the environment,” said Premier Notley.  “It will help us access new markets for our energy products, and diversify our economy with renewable energy and energy efficiency technology.”

‘A kick in the teeth’

“We got a major wake-up call on this a few weeks ago, in the form of a kick in the teeth from the Government of the United States,” said the Premier.

“Unfairly in my view, the President of the United States claimed that our production is some of the “dirtiest oil in the world. That is the reputation that mistaken government policies have earned for us.”

The Alberta plan includes a number of far reaching carbon reduction measures designed to correct the mistakes of past policies. 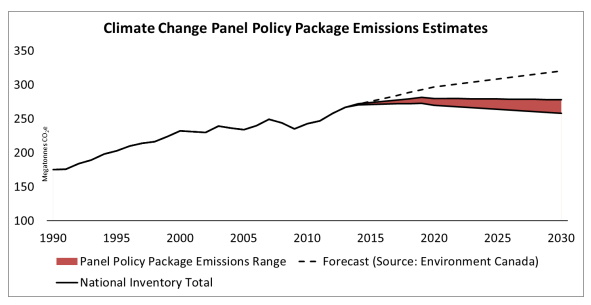 Carbon pricing will remain a key provincial tool to address climate change. Alberta’s new approach will cover 78 to 90 per cent of provincial emissions – the highest in Canada.

This price will increase in real terms each year after that. On-site combustion in conventional oil and gas will be levied starting January 1, 2023 while that sector works to reduce methane under the government’s new Joint Initiative on Methane Reduction and Verification.

Emissions from transportation and heating fuels will be priced at the distributor and importer stage.

Carbon pricing revenue will be fully reinvested into measures that reduce pollution – including clean technology, renewable energy and energy efficiency.

Economy-wide carbon pricing reduces emissions at the lowest total cost to the economy, drives markets for new products and puts the onus of reducing emissions and improving the health of the environment on everyone – Albertans, businesses, industry and governments.

Reaction to the Alberta announcement has been positive and widespread.

“We do need to win faster. And so I encourage Premier Notley, and all of Alberta, to follow this first step with continued bold action to transition away from fossil fuels,” said Al Gore, Former US Vice President and Chairman of The Climate Reality Project.

“This is a strong, positive step in the right direction. We want to send a clear signal to Canadians and our partners around the world that Canada is back and ready to play our part,” said federal Minister of Environment and Climate Change, Catherine McKenna. “Premier Notley’s new plan for Alberta is a real and vital contribution to that effort.”

Alberta’s commitment to promote the use of wind energy prompted this comment from Robert Hornung, President of the Canadian Wind Energy Association (CanWEA).

“Wind energy is one of the most cost-competitive ways to generate new electricity in Alberta and Alberta is wise to draw on its tremendous wind energy resources to help replace coal-fired electricity in the province.”

Tim Gray, Executive Director of Environmental Defence, said “The cap on tar sands emissions is a game changer. The tar sands have been the fastest growing source of emissions in Canada. Now we know that growth will stop.”

Most of the elements of the new Climate Plan were recommended in a report from an advisory panel appointed in the spring chaired by Dr. Andrew Leach from the University of Alberta.

“Alberta is an export-oriented economy and changes to greenhouse gas policies will inevitably have an impact. However, it is important to note that we are already experiencing real impacts from the status quo. Alberta has arguably paid a steep price for the perception that our economy, resources and investment climate are not compatible with action on climate change. As the world moves to reduce emissions, we must move to position the Alberta economy for success amidst national and international efforts to combat climate change. We must demonstrate how an energy-producing jurisdiction can implement climate policy that reduces emissions, protects the competitiveness of key industries and spurs innovation.”