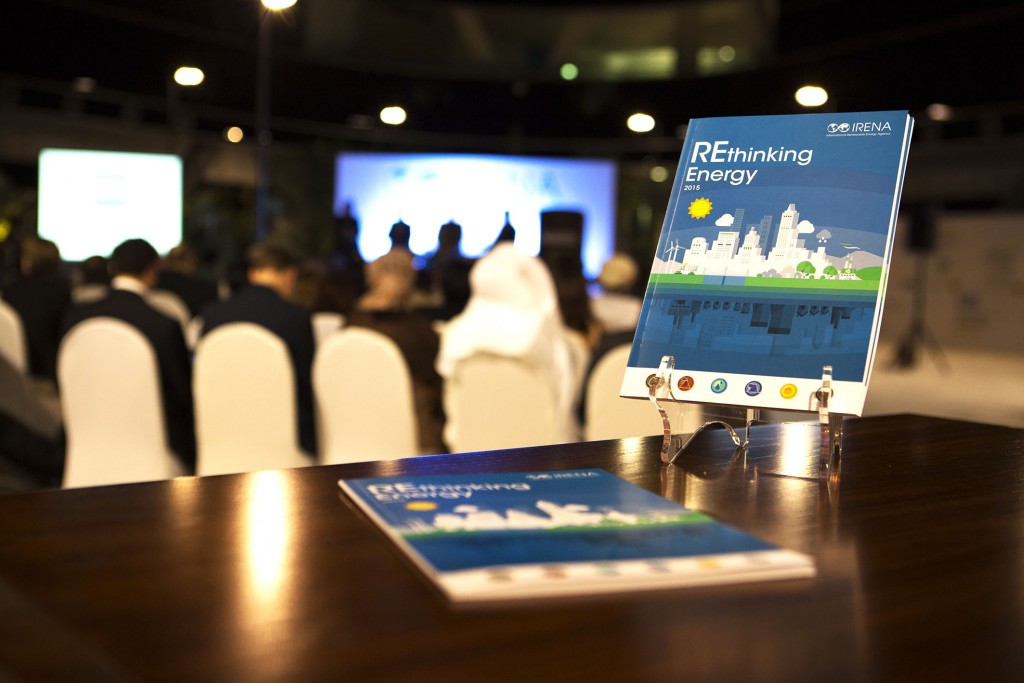 Abu Dhabi, U.A.E., 23 November 2015 –  Emission reductions from renewables, coupled with energy efficiency improvements, must be at the heart of any effort to limit global temperature rise to two degrees Celsius, according to a report released today by the International Renewable Energy Agency (IRENA).

REthinking Energy 2015 – Renewable Energy and Climate, finds that achieving a 36 per cent share of renewable energy by 2030 would result in half of all emission reductions needed to maintain a two degree pathway. Energy efficiency measures could supply the rest.

“The energy sector accounts for more than two-thirds of global greenhouse gas emissions, and therefore must be the focus of climate action,” said Adnan Z. Amin, IRENA Director-General.

According to the report, scaling up renewable energy to the level required to meet global climate objectives would contribute to at least 12 of the 17 United Nations Sustainable Development Goals by increasing energy access, improving quality of life and reducing poverty.

“For effective action against climate change, the share of renewables needs to grow not only in power generation but also in transport, heating and cooling, and more investment is urgently needed. Given the increasing competitiveness of renewables and the dynamism of the market, it is possible to dramatically scale-up investments in renewables. To avoid a lock-in with unsustainable energy systems, investments must grow immediately and must almost double to USD 500 billion annually between now and 2020.” REthinking Energy 2015 – Renewable Energy and Climate

The renewable energy sector employs 7.7 million people worldwide, creating more jobs per unit of electricity generated than coal or natural gas. If a 36 per cent share of renewables is achieved, employment levels could exceed 24 million jobs by 2030.

To achieve a 36 per cent share of total energy, the uptake of renewable energy would need to increase six-fold from current levels. This would require that global annual investment nearly double, to exceed USD 500 billion in the period up to 2020, and more than triple to exceed USD 900 billion from 2021 to 2030.

“The strong business case for renewable energy has made the energy transition inevitable,” said Mr. Amin. “It is now not a question of if the world ultimately transitions to a renewable energy future, but rather whether it will do so quickly enough. At the upcoming climate talks in Paris, it will be up to countries to commit to strong targets, and in turn, give a strong political signal to catalyse further investments in renewable energy.” 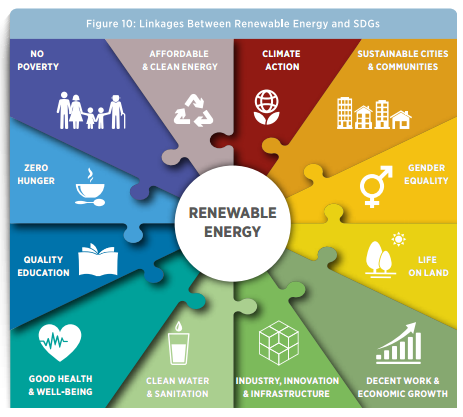 REthinking Energy – Renewable Energy and Climate is the second edition in the series outlining progress in the transition to a sustainable energy future.

The report was presented at IRENA’s 10th Council meeting, taking place from 22 to 24 November in Abu Dhabi. The Council meets twice annually, bringing together roughly 250 participants from more than 80 countries to facilitate cooperation among Members, oversee implementation of the IRENA work programme and complete substantive preparations for the Assembly.