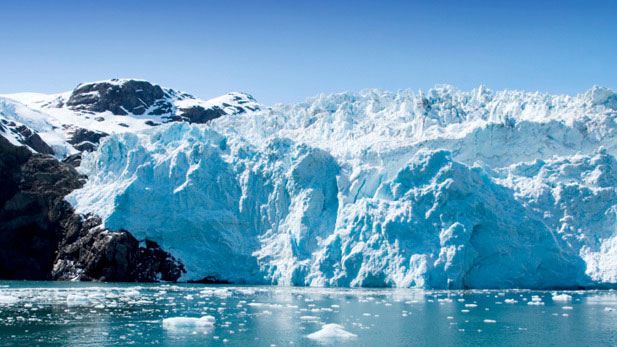 LONDON, 29 November, 2016 – If the world fails to slow the pace of climate change very soon by cutting emissions of the greenhouse gases that are heating the planet, Arctic tipping points threaten to overwhelm the region, new research reveals.

Not only that – the authors of the Arctic Resilience Report say the changes that are liable to affect the high northern latitudes could also trigger drastic changes worldwide.

The report, written by an international research team, is a project of the Arctic Council. It says the signs of change in the Arctic itself are everywhere. Temperatures nearly 20°C above the seasonal average are being felt over the Arctic Ocean. Summer sea-ice cover has hit new record lows several times in the past decade. Infrastructure built on permafrost, including houses, roads and railways, is sinking as the ground beneath thaws.

But the authors say that underlying these distinct impacts is a much larger trend. At the scale of entire ecosystems, the Arctic is fundamentally threatened by climate change and other consequences of human activities.

Change – often rapid – is the norm in the Arctic, they write. But environmental, ecological and social changes are happening faster than ever, and accelerating. They are also more extreme, well beyond what has been seen before. And while some changes are gradual, others, such as the collapse of ice sheets, can be not only abrupt but also irreversible.

The report identifies 19 Arctic tipping points (which it calls regime shifts) that can and have occurred in the region’s ecosystems. These shifts affect the stability of the climate and landscape, plant and animal species’ ability to survive, and indigenous people’s subsistence and ways of life.

“Without rapid action to slow climate change
by reducing greenhouse gas emissions,
the resilience of the Arctic will be overwhelmed”

The tipping points include: vegetation growth on tundra, replacing snow and ice and helping to absorb more of the sun’s heat; higher methane releases; the disruption of the Asian monsoon by changing Arctic snow distribution warming the ocean; and collapses of some Arctic fisheries, with global ocean ecosystem consequences.

One of the study’s most important findings is that not only are regime shifts occurring, but there is a real risk that one regime shift could trigger others, or simultaneous regime shifts could have unexpected effects,” says Johan Kuylenstierna, executive director of the Stockholm Environment Institute.

Johan Rockström, from the Stockholm Resilience Centre, co-chair of the project, says: “If multiple regime shifts reinforce each other, the results could be potentially catastrophic. The variety of effects that we could see means that Arctic people and policies must prepare for surprise. We also expect that some of those changes will destabilise the regional and global climate, with potentially major impacts.”

By altering existing patterns of evaporation, heat transfer and winds, the impacts of Arctic regime shifts are likely to be transmitted to neighbouring regions such as Europe and to affect the entire globe.

The study says many communities that have lost their livelihoods are already struggling to survive or maintain their cultural identity. “Climate change is severely stressing Arctic livelihoods and people,” says Miriam Hultric, a lead author of the report. “Without rapid action to slow climate change by reducing greenhouse gas emissions, the resilience of the Arctic will be overwhelmed.”

But the report cites Arctic communities that have maintained reindeer herding and other traditional practices in the face of external shocks. Others have reinvented themselves: from nomadic hunters to internationally recognised artists in Cape Dorset in Nunavut, Canada, for instance.

The fishing community of Húsavík on Iceland’s Skjálfandi Bay turned itself into a tourist destination for whale-watching after cod-fishing quotas and a moratorium on whaling condemned its traditional livelihoods.

The report warns that building resilience is complex, partly due to conflicting interests. Some see the Arctic as a home, others as a source of minerals and other resources, and yet others for what it does globally to regulate the climate. – Climate News Network