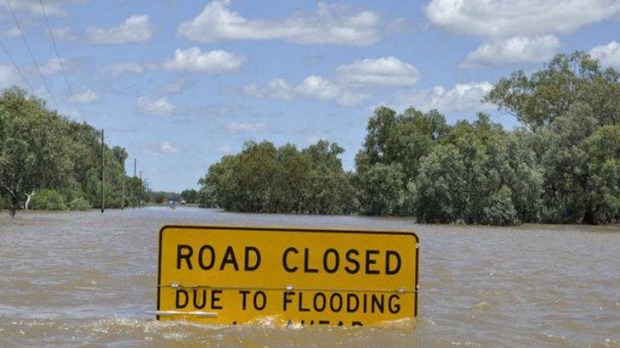 Destructive storms and sudden floods are set to intensify across Australia as global warming plays havoc with rainfall patterns.

LONDON, 13 June, 2015 − New research into storm patterns warns that flash floods are likely to sweep across the Australian landscape with increasing intensity, particularly in urban or residential areas.

Peak rainfall is predicted to soar with rising surface temperatures as the world’s largest island – and also its smallest continent − experiences ever greater extremes of heat.

Civil engineers from the Water Research Centre at the University of New South Wales (UNSW) report in Nature Geoscience that they looked at 40,000 storms across the whole of the continent over the last 30 years and identified a pattern that warmer temperatures are linked to disruptive rainfall events.

“Our results were consistent across all the climate zones in Australia, regardless of season or storm type, without exception,” says Professor Ashish Sharma, one of the study’s authors.

“This was an unexpected finding, and it supports our hypothesis that increasing temperatures are changing rainfall patterns. It means that most people in Australia can expect to see intensification in the magnitude of flash flooding in smaller catchments, particularly in urban or residential areas.”

The researchers worked from data from the 500 largest storms as measured by total rainfall at 79 locations. They looked not so much at the total volume of rainfall during a storm as at the pattern of intensity of rainfall at 12-minute intervals during each storm’s duration. 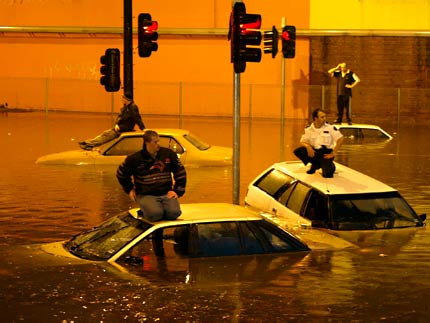 They projected their findings into a hotter world and calculated that a 5°C rise in temperatures could be accompanied by up to 20% more flood peaks in urban catchment areas. Some cities could experience much worse: for Perth, the rise is projected at 10%, for Sydney 12%, and for Darwin a whopping 45%.

Australia is a landscape of extremes of heat and drought and occasional devastating flood. It is also a land of paradox.

Its own scientists have calculated that the island’s most recent and devastating heatwaves are a clear consequence of greenhouse gas emissions from fossil fuels, yet the government that finances such research has questioned the validity of its climate science and encouraged the increase of emissions.

The 2013 extremes of heat cost the nation an estimated US$6bn in lost productivity, and there is evidence that such events could become five times more likely as global average temperatures rise.

The intensification of dangerous flash floods − which, by definition, are sudden and potentially lethal − is a consequence that nobody expected. And if the team’s finding is replicated by further studies, then the impact is not likely to be limited to Australia.

“These more intense patterns are leading to more destructive storms, which can significantly influence the severity of flood flows,” says the reports lead author, Conrad Wasko, from the UNSW School of Civil and Environmental Engineering.

“The climate zones we studied in Australia are representative of most global climates, so it’s very likely these same trends will be observed around the world.” – Climate News Network