Last week I blogged about board responsibility and the need for management systems and tools to achieve compliance throughout the organization. This morning I had the chance to attend a conference, “Managing Emerging Environmental Risks : Are you Prepared?” at the Blakes law offices in Montréal, Canada. The talks were interesting and engaging, but the talk by Jonathan Kahn on developments in board and director responsibility stood out.

He highlighted two cases in Ontario, one settled and one pending. The settled case is known as Baker and involved an aerospace company called Northstar Aerospace that had a known contaminant on its site and a liability on its balance sheet. To manage the contaminant, Northstar had installed a water treatment system that cost nearly $150 000 a month to operate.

However, the company did not put any money aside for the decontamination or management of the contaminant. Northstar then went into bankruptcy protection and the Ontario Ministry of the Environment (MOE) launched suits against the directors of the company to recover the costs necessary to continue to manage the water treatment facility.

A second case highlighted by Jonathan Kahn was that of Cavern Petrochemical in Guelph, Ontario. This company made fuel additives and had seen a series of financial issues. One of the three owners had passed away and the two remaining business owners had little to no assets.

During a previous financial restructuring, Cavern had sold the land it operated on to a family friend who then leased back the land to the company. This created some liquidity for the company and allowed it to continue to operate. The land was placed in a numbered company and the primary owner was domiciled in the United Kingdom.

The owner had given power of attorney to a canadian accountant and they had hired a company to sell the property on which Cavern operates. In 2012, the company recently had a spill of some serious chemical products  (toluene, xylene and acetone) and has shut down.

In attempt to recover the moneys that were necessary for site reclamation, estimated at 3 million dollars, the Minister of the Environment is pursuing not only Cavern Petrochemical and its owners, but also the owner of the land, the accountant and the company hired to sell the property. This case is before the courts and it will be interesting to see how it plays out.

The moral of these stories, as you might have guessed, is that directors are liable for the activities of the business and for the proper management of the capital necessary to remediate any issues.

Even if the directors are recognized as not being at fault for the accident, since it happened before they became directors, they are still on the hook for the cleanup. In simple terms, if the MOE cannot get the money through traditional polluter pays methods, they will go after anyone involved, without pity.

Dianne Saxe, a well known environmental lawyer and the representative for Northstar Aerospace, has publicly stated that the MOE has become particularly aggressive in their tactics to hold directors accountable for the environmental activities of the companies they administer.

She offers a goodoutline of the legal framework here and of the Baker Northstar settlement here. If it is not already abundantly clear, directors must ensure the companies they work with must implement robust compliance programs to ensure their operations minimize risk as much as possible.

Legal and other requirements are constantly changing. Laws, regulations, codes, statutes and standards are a moving target and their applicability to your operations can be complex. Responsible managers must stay on top of any changes that require attention. For more information visit Nimonik 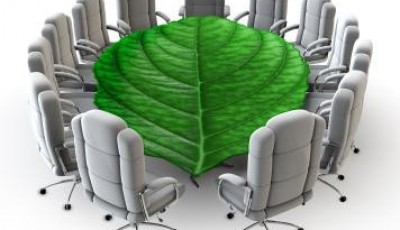