GLOBE-Net, April 13. 2015 – Provincial actions on climate change took centre stage this week, with Ontario’s announcement on the establishment of a ‘cap-and-trade’ system and British Columbia’s challenge to the world to ‘meet it or beat it’ with reference to its ground breaking Climate Action Strategy which is about to undergo a rebuild. 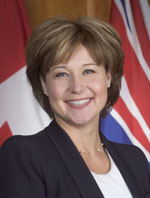 Building on British Columbia’s climate success in advance of the United Nations Framework Convention on Climate Change in Paris this December, Premier Christy Clark announced the Province is challenging other jurisdictions to match or exceed the world-leading standard B.C. has set for climate action.

“British Columbia has set the global standard for carbon pricing with our carbon tax, and other governments are increasingly getting on board,” said Premier Christy Clark.

“The climate action challenge we’re making to other governments is clear and simple: meet it or beat it. Anything we can do to encourage steps in the right direction will help make a difference.”

Premier Clark has been invited by the World Bank to participate in conversations about climate change at the World Bank-International Monetary Fund (IMF) Spring Meetings in Washington, D.C. on April 17. Premier Clark will talk specifically about B.C.’s carbon tax, which sets a powerful example for the world. This is the first time a Canadian premier has been invited to speak at this forum. 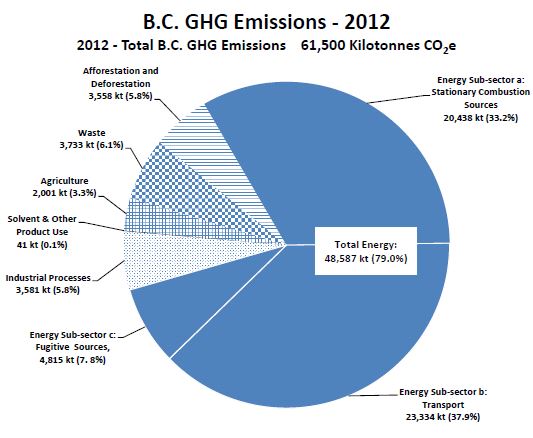 Meanwhile, Mike Bernier, Parliamentary Secretary for Energy Literacy and the Environment for the Minister of Environment, has brought the ‘meet it or beat it’ challenge to Boston, at the invitation of Massachusetts legislators who are considering a carbon tax of their own.

Bernier spoke about B.C.’s climate actions, including its revenue-neutral carbon tax, at the Massachusetts Institute of Technology in Boston on April 13.

“The first phase of the Climate Action Plan has been an economic and environmental success because of actions like the carbon tax, the low-carbon fuel standard and the clean energy requirements. The time is right to build on that success. Matt Horne, B.C. Associate Director at the Pembina Institute

Bernier also will bring the challenge to the Council of the Federation when he represents Premier Clark at the First Ministers’ climate summit in Quebec City on April 14.

The first step in that process will be the formation of a new Climate Leadership Team, to be chaired by Bernier. The Climate Leadership Team, to be comprised of leaders from the business, academic and environmental communities, including First Nations, will provide advice and recommendations to government on how to maintain B.C.’s climate leadership through a new Climate Action Plan 2.0. Team members are expected to be announced in the coming weeks. 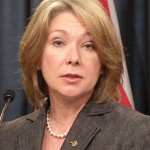 “B.C. has shown we can move forward on reducing greenhouse gas emissions while continuing to grow the economy,” said Environment Minister Mary Polak.

“We proved the critics wrong by meeting our 2012 GHG reduction target, and we remain committed to achieving the 2020 and 2050 targets as well. However, we have been clear from the outset that more actions would be needed to meet our legislated targets.

The Climate Leadership Team will help us move the bar even higher as we develop our Climate Action Plan 2.0.”