April 19, 2015 – GE will sell most of its GE Capital assets by 2018, a move that will reshape the company and further the role of its industrial businesses as the principal source of GE’s earnings. 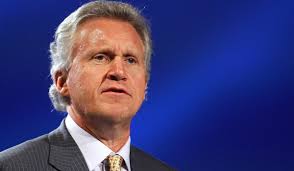 GE Chairman and CEO Jeff Immelt, who announced the plan  has said he wants to “profoundly change the company” and “lead the next generation of industrial progress.” By 2018, GE’s industrial businesses will generate at least 90 percent of GE’s operating earnings, according to the CEO, up from 58 percent last year.

Immelt said market conditions are favorable to pursue the sale of GE Capital assets over the next two years, but GE will keep the financing “verticals” that are specifically tied to its industrial units. GE plans to return the cash proceeds from the GE Capital sale – estimated at about $90 billion – to shareholders through share buybacks, dividends and an exchange of Synchrony Financial shares. The new plan will also reduce GE’s share count from 10.1 billion to 8-8.5 billion.

Immelt said he decided to act now because of a “commitment to allocate capital in ways that maximize shareholder value.” He said that GE’s industrial businesses generate higher returns on capital after more than a decade of multi-billion-dollar investments in technology and portfolio changes. GE has begun executing on this new plan, announcing today the sale of the bulk of GE Capital Real Estate assets for approximately $26.5 billion.

The assets targeted for disposition, in addition to GE Real Estate, include most of the commercial lending and leasing segment, and all consumer platforms, including all U.S. and international banking assets. These businesses represent roughly $200 billion in ending net investment (ENI).

“We are completing another definitive and important move to reshape GE for the future,” Immelt said. “GE is a fast-growth, high-tech industrial company, built on the capabilities of the GE Store.”