GLOBE-Net, August 19, 2016 – The British Columbia government today unveiled the Climate Leadership Plan, with goals to create up to 66,000 jobs over the next ten years, and to reduce net annual greenhouse gas emissions by up to 25 million tonnes below current forecasts by 2050. 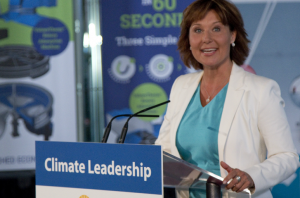 “We are continuing to lead the way in reducing emissions and creating jobs with the release of our new Climate Leadership Plan,” said Premier Christy Clark. “We are taking action with an approach that balances environmental responsibility with economic opportunity.”

The overall level and rate of emissions reduction are less than what was recommended last year by the Climate Leadership Team (CLT), a group made up of diverse leaders from British Columbia businesses, First Nations, local governments, communities, academia, and the environmental sector.

Some members of that consultative group have signaled disappointment with the plan released today, calling it a missed opportunity to reduce emissions and to support B.C.’s transition to a clean economy (Pembina Institute), and a failure (Clean Energy Canada).

“We are taking further action to keep our province on track to meeting our greenhouse gas reduction targets, while continuing to grow our economy,” said B.C.’s Environment Minister Mary Polak.

Emissions will be reduced further as subsequent actions are introduced, putting B.C. on course to achieve its 2050 target of an 80% reduction in emissions from 2007 levels. 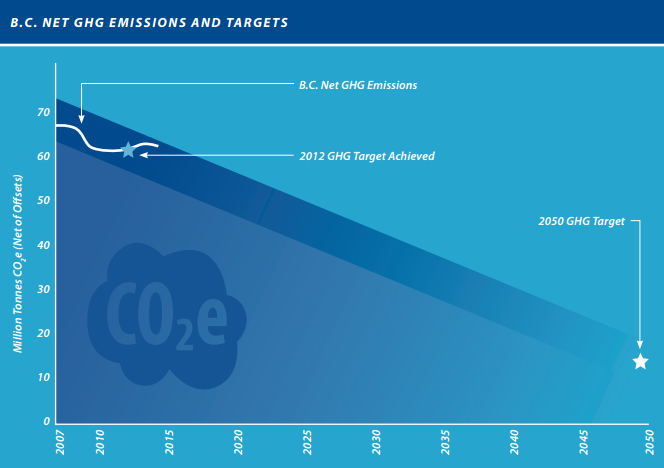 The Climate Leadership Plan has been put forward as a living, dynamic document and the Government intends to establish periodic progress reviews on meeting its targets and will update the plan as necessary.

The Plan will be further updated over the coming year in response to work underway to develop a pan-Canadian approach to climate action under the Vancouver Declaration announced in March at GLOBE 2016.

Four different areas of climate action were set out in that Declaration including:

The plan does reflect many recommendations made by the Climate Leadership Team and feedback received through two rounds of public engagement with stakeholders and citizens, as well as consultations with sector-specific industry groups noted  Parliamentary Secretary for Energy Literacy and the Environment Jordan Sturdy.

“As chair of the Climate Leadership Team, I am very proud of the ideas the team, along with thousands of families, First Nations, local governments and organizations submitted to government,” he said.

Today’s announcement addresses 18 of the Climate Leadership Team’s 32 recommendations including reaffirming its legislated 2050 target of achieving a reduction in GHG emissions of 80% below 2007 levels.

Readers can view the Climate Leadership Plan, and learn more about the actions B.C. is taking, at: www.gov.bc.ca/climateleadership

July was hottest month on record for the globe