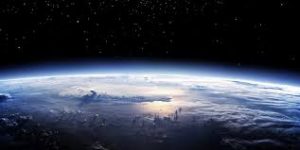 VIENNA, Austria, July 24, 2016 – Canada is pushing for further action action on international efforts to phase out hydrofluorocarbons.
Environment and Climate Change Minister, Catherine McKenna, chaired a series of UN meetings in Vienna, where Canada pushed for faster international action to phase down climate-warming hydrofluorocarbons (HFCs) as quickly as possible.
HFCs are chemicals widely used as coolants in refrigeration and air conditioning equipment. They are also powerful greenhouse gases, with a global warming potential hundreds to thousands times more potent than CO2.

It is estimated that an ambitious HFC amendment could reduce global temperatures by an estimated 0.5 degrees by 2100 compared to business as usual growth.

Phasing down the use of HFCs will reduce the harmful effects of climate change by cutting global emissions by 2050 by an amount corresponding to 1 billion cars off the road a year for 15 years.

The Extraordinary Meeting of the Parties to the Montreal Protocol and the High Level Assembly of the Climate and Clean Air Coalition were chaired by Canada.

During these meetings, Canada led in the discussions with 150 countries to address the remaining challenges in negotiating a phase-down of HFCs, including how developed countries—such as Canada and the United States—can best assist developing countries in implementing an HFC phase-down.

The progress made in Vienna will help inform the next steps in finalizing an amendment to the Montreal Protocol to globally phase down HFCs.

The two key issues outstanding include defining the baseline (the level of HFCs from which controls are based) and timetable for limiting HFC emissions, and the guidelines for providing financial support for developing countries in meeting these obligations.

Canada is also actively addressing HFCs here at home. So far in 2016, we have finalized measures to increase the recovery, recycling and destruction of HFCs in refrigeration and air‑conditioning equipment. We have established a regulatory permitting and reporting process for HFCs and we are developing measures to phase down HFCs and ban a variety of products that contain HFCs.

“Canada played a key role in helping the international community achieve the Montreal Protocol in 1987. I’m proud of Canada’s leadership in Vienna working towards the adoption of an HFC phase-down amendment under the Protocol,” said Catherine McKenna, Minister of Environment and Climate Change.

“I’m confident that the progress we made in Vienna will soon lead to a global consensus to phase down HFCs. An ambitious HFC amendment would greatly help fulfill the goals of the recent Paris Agreement and would put humanity one great step forward in the fight on climate change,” she added.

Our Energy Problem: The Battery in Context