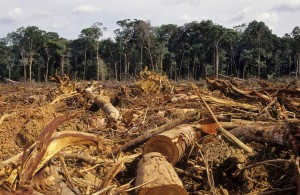 LONDON, 22 July 2016 – Humans’ appetite for gnawing away at the fabric of the Earth itself is growing prodigiously. According to a new UN report, the amount of the planet’s natural resources extracted for human use has tripled in 40 years.

A report produced by the International Resource Panel (IRP), part of the UN Environment Programme, says rising consumption driven by a growing middle class has seen resources extraction increase from 22 billion tonnes in 1970 to 70 billon tonnes in 2010.

It refers to natural resources as primary materials, and includes under this heading biomass, fossil fuels, metal ores and non-metallic minerals.

The increase in their use, the report warns, will ultimately deplete the availability of natural resources − causing serious shortages of critical materials and risking conflict.

Growing primary material consumption will affect climate change mainly because of the large amounts of energy involved in extraction, use, transport and disposal.

“The alarming rate at which materials are now being extracted is already having a severe impact on human health and people’s quality of life,” says the IRP’s co-chair, Alicia Bárcena Ibarra.

“We urgently need to address this problem before we have irreversibly depleted the resources that power our economies and lift people out of poverty. This deeply complex problem, one of humanity’s biggest tests yet, calls for a rethink of the governance of natural resource extraction.”

The IRP says the information contained in the new report supports the monitoring of the progress countries are making towards achieving the UN’s Sustainable Development Goals (SDGs). It also shows the uneven way in which the materials exploited are shared.

The richest countries consume on average 10 times as much of the available resources as the poorest, and twice as much as the world average.

“This deeply complex problem, one of humanity’s
biggest tests yet, calls for a rethink of
the governance of natural resource extraction”

This total − almost three times today’s amount − will probably increase the acidification of the world’s waters, the eutrophication of its soils and waters, worsen soil erosion, and lead to greater amounts of waste and pollution.

The report also ranks countries by the size of their per capita material footprints – the amount of material required in a country, an indicator that sheds light on its true impact on the global natural resource base. It is also a good way to judge a country’s material standard of living.

Global material use has rapidly accelerated since 2000, the report says, as emerging economies such as China undergo industrial and urban transformation that requires unprecedented amounts of iron, steel, cement, energy and building materials.

Compounding the problems, there has been little improvement in global material efficiency since 1990. The global economy now needs more material per unit of GDP than it did at the turn of the century, the IRP says, because production has moved from material-efficient economies such as Japan, South Korea and Europe to far less materially-efficient countries such as China, India and some in south-east Asia.

The report says uncoupling the increasing material use from economic growth is the “imperative of modern environmental policy and essential for the prosperity of human society and a healthy natural environment”.

This will require investment in research and development, combined with better public policy and financing, creating opportunities for sustained economic growth and job creation.

The IRP also recommends putting a price on primary materials at extraction to reflect the social and environmental costs of resource extraction and use, while reducing consumption. The extra funds generated, it says, could then be invested in R&D in resource-intensive sectors of the economy.

It is concerned that the expanding demand for materials that low-income countries are likely to experience could contribute to local conflicts such as those seen in areas where mining competes with agriculture and urban development. – Climate News Network