Rise Up – California’s Advanced Energy Industry on the Move 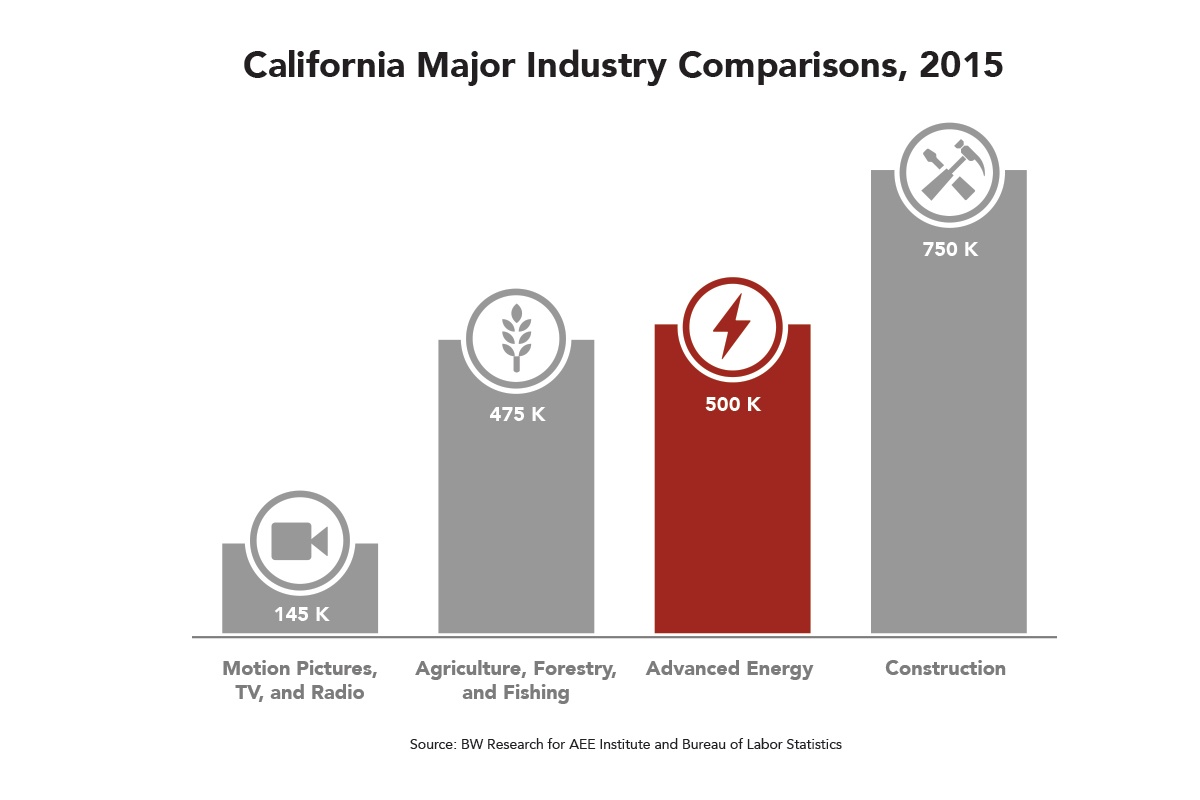 At just over 500,000 workers, advanced energy employs three times as many Californians as the motion picture, TV, and radio industry (145,000); more than agriculture, forestry, and fishing (475,000); and approaching construction (750,000). With one in every five advanced energy workers nationwide, California has the largest advanced energy industry by employment of any state in the country.

These are some of the results of a new jobs report released today by the Advanced Energy Economy Institute. In 2012 GLOBE Advisors carried out an assessment of the job creation and investment promotion potential of the West Coast Clean Economy that revealed similar findings for the California economy (to see the report please visit http://bit.ly/1VhfxtL). 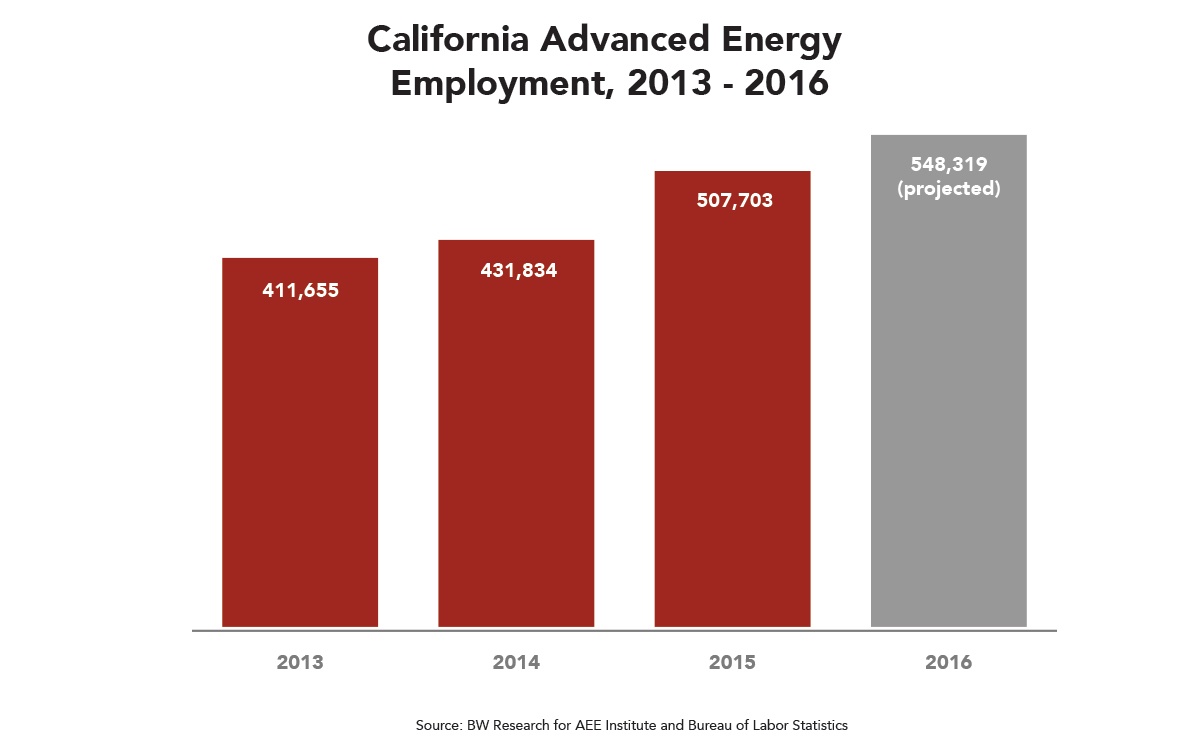 The AEE Institute survey of more than 800 businesses doing business in California is the second study of advanced energy employment in the state conducted by BW Research Partnership, a leading workforce and economic development research firm. The first survey, published in December 2014, found 431,000 advanced energy workers in California, with employers predicting they would add workers at a 17 percent rate in the coming year, bringing the total to more than 500,000 – a prediction that came true, according to the new survey, which asked businesses about employment levels in 2015.

“California is the nation’s leader in advanced energy policy and that leadership is paying off in jobs for Californians,” said Graham Richard, CEO of Advanced Energy Economy (AEE), a national business association with many member companies in California, and the AEE Institute, its affiliated nonprofit educational organization. “Advanced energy jobs have grown at a much faster rate than jobs overall, and employers expect that to continue. That’s good news for advanced energy companies and for the California economy.”

Findings of this 2016 California employment survey conducted by BW Research include:

“With triple the job growth rate of any other sector in our state, clean energy is a major source of job creation in California,” said Senate President Pro Tem Kevin de León (D-Los Angeles). “This report shows that policy supporting clean energy is not just good for California’s environment and air but also good for our economy.”

“California continues to lead the nation in energy and climate policy,” said Chair of the California Air Resources Board Mary Nichols, “And this report makes it clear that the advanced energy industry in California is flourishing in response. Our actions and policies to fight climate change are cleaning the air and generating tens of thousands of new businesses and jobs.”