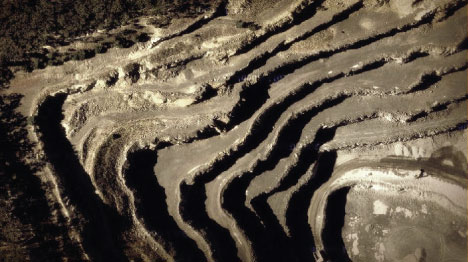 June 4 2015 – Yesterday the Government of Canada proclaimed into force the Extractive Sector Transparency Measures Act(the Act). The proclamation comes in advance of the G7 Summit on June 7, 2015, and is a follow-through on the 2013 G8 Summit commitment made by Prime Minister Stephen Harper to establish new reporting standards for Canadian oil, gas and mining companies.

The stated purpose is to foster better transparency to ensure that the resource extractive industries support proper development in the countries where they operate, while at the same time making it harder to conceal illicit payments.

As discussed in our post last October, the Act will require affected entities to report any payments made in relation to the commercial development of oil, gas or minerals during a financial year that exceed either the amount prescribed by regulation or, if no amount is prescribed, $100,000 of the following nature and whether monetary or “in kind”:

Reportable payments include those paid to all levels of government, domestically and internationally (including Aboriginal entities, subject to a two year delay). The Act will apply to a company in Canada or elsewhere that is involved in the commercial development of oil, gas or minerals and:

Reporting of payments is anticipated to be done on a project-level basis, the parameters of which are likely to be defined by a company according to its particular industry and business context. While the Act is now in force, precise guidance on the underlying disclosure obligations are to be set out in the regulations which have yet to be published. It is understood that the Canadian government has been in discussion with companies and other industry associations to develop these regulations, which may include a reporting template consistent with the disclosure obligations of other jurisdictions.

The first annual reports under the Act will be in respect of financial years ending after June 1, 2016, and will be due 150 days after a financial year. As an example, companies with a December 31 year-end will be required to submit their first annual report on May 30, 2017. In addition, reporting of payments made to aboriginal governments or entities will be deferred for a two-year period until June 1, 2017.

The Act received Royal Assent on December 16, 2014 and it was generally expected that the implementation would have been delayed to correspond with the adoption of similar U.S. rules under Section 1504 of the Dodd-Frank Act (the SEC Rules). The SEC Rules are expected to require companies engaged in the commercial development of oil, natural gas or minerals to annually disclose payments to foreign governments that exceed US$100,000, individually or in the aggregate.

The SEC Rules have been the subject of some controversy, having been the subject of a lawsuit brought by a coalition of industry groups. In 2013 the U.S. District Court for the District of Columbia invalidated the SEC Rules and remanded the matter to the SEC for further consideration (American Petroleum Institute v. SEC, 953 F. Supp. 2d 5 (D. D.C. 2013)). Since then, the SEC has been subjected to criticism for its delay in promulgating a revised set of implementation rules, including by several large public companies such as Exxon Mobil and Royal Dutch Shell.

The Canadian government has proceeded with implementation of the Act notwithstanding the delays with the SEC Rules, following on the leads of Norway and the United Kingdom. Norway established regulations requiring country-by-country reporting on payments to governments effective January 1, 2014. The Norwegian regulations (an English translation of which can be found here) apply to a company meeting two of the three following criteria:

Statoil, a Norwegian oil and gas company, recently published its report for 2014 which can be found here.

The United Kingdom’s Report on Payments to Governments Regulations 2014 (the UK Regulation) recently came into force on December 1, 2014 (a copy of which can be found here). The UK Regulation implements the EU’s Accounting Directive (8328/13) and Transparency Directives (9841/13) (together the EU Directives) which were approved by the European Parliament and the Council of Europe in 2013. The implementation of the UK Regulations follows a commitment made by Prime Minister David Cameron also delivered at the 2013 G8 Summit. The UK Regulations apply to “large undertakings” which are Companies meeting two of the three following criteria:

or “public interest entities” as defined in the statute. Companies subject to the UK regulations will be required to prepare a report each year, with the first report being prepared for the first financial year beginning on or after January 1, 2015.

Disclosure will be required on a project basis, and will apply to a broad range of payments, and related series of payments, above the threshold of £86,000 (equivalent to approximately €100,000). The United Kingdom is the first EU member to implement the EU Directives. Other EU members are expected to follow suite, as the EU directives must be transposed into the national laws of EU members by July 20, 2015 (for the Accounting Directive) and 26 November 2015 (for the Transparency Directive).

Under the EU Directives, EU members may however provide that the disclosure rules shall apply to financial statements for financial years beginning on January 1, or during the calendar year, of the year following the transposition deadline.

Notably the Act permits the Canadian government to designate the reporting requirements of another jurisdiction, including those of EU members, as an acceptable substitute for the obligations under the Act. Once promulgated, the SEC Rules would likely become the most prevalent reporting regime where substitute compliance would be available, although this may depend on the eventual form and timing of the final SEC Rules.

Keith Chatwin is a partner in Stikeman Elliott’s Calgary office whose practice involves a broad array of securities and general corporate transactions, ranging from public and private debt and equity financing to mergers and acquisitions, corporate restructuring and shareholder activism and defence. This article first appeared in mondaq.com and is reprinted here with the kind permission of the author.

Just what did the G-7 leaders decide about Climate Change, Energy, and the Environment?