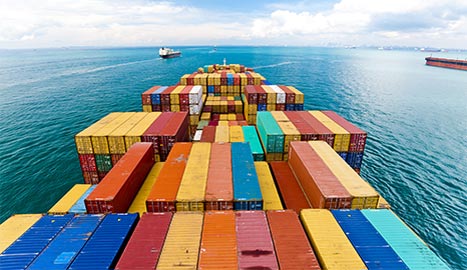 May 25, 2017 – A new report, The Value of Commercial Marine Shipping to Canada, released today by the Council of Canadian Academies (CCA), estimates the national economic value of commercial marine shipping at approximately $30 billion, significantly higher than traditional economic impact measurements.

The CCA report is the first study of its kind to examine “value” as including cultural, environmental, and security dimensions in addition to economic measures.

“Traditional economic impact studies measure the direct and spinoff impacts of the industry but do not capture the overall value of marine shipping in facilitating international trade throughout the economy,” said Dr. Mary R. Brooks, Chair of the Expert Panel and Professor Emerita at Dalhousie University.

“When assessed from a broader social value perspective, the net overall value of marine shipping to Canada is positive and sizeable.”

Historically, the economic impact of the Canadian commercial marine shipping industry has been measured by GDP, and in 2016 was estimated at $3 billion. However, conventional measurement of GDP fails to capture the role that marine shipping plays in enabling specialized production and efficient trade patterns.

The Panel therefore commissioned a quantitative trade model to try to better understand what the Canadian economy would be like if  the Canadian commercial marine shipping industry did not exist.

The model estimated that without shipping, Canada’s long-run real GDP would be permanently reduced by 1.8% or around $30 billion.

This is about nine times larger than the industry’s GDP and roughly the size of the Canadian agricultural sector or the economy of New Brunswick.

Examining the cultural, environmental, and security dimensions of the shipping industry was also key to understanding its overall value. The Panel found that while negative impacts on the environment and security are in some cases sizable, these impacts are mostly declining due to changes within the industry.

Marine shipping was also found to be an important part of Canada’s history, culture, and Arctic sovereignty despite concerns about its impact on culturally important activities, ecological areas, and ways of life.

Overall, the Panel concluded that when assessed in totality and from all angles — considering economic, environmental, security, and cultural impacts at the national, regional, and local levels — the net overall value of marine shipping to Canada is positive and widely distributed across the country.

Requested by Clear Seas Centre for Responsible Marine Shipping, the report is now the second report by the CCA to examine the shipping industry. The first report, published in 2016, assessed the risks associated with commercial marine shipping in Canada.

“Taken together, these two reports provide a comprehensive overview of the risks associated with commercial marine shipping and the overall value of the industry to Canada and Canadians,” said Dr. Eric M. Meslin, FCAHS, President and CEO of the CCA.

“The work of the Panel has painted one of the clearest pictures of the industry we have had to date. We hope this new report, in addition to the 2016 report, will contribute to a national dialogue and serve as a tool to help inform policy decisions related to marine shipping in Canada.”

Food industry is cooking the planet