Cities are in the frontline for cutting carbon emissions, new IEA report finds 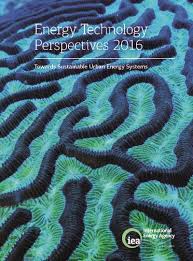 SAN FRANCISCO, June 1, 2016 – Cities must take the lead in the transition to a low-carbon energy sector, the International Energy Agency (IEA) said today, highlighting that urban areas account for up to two-thirds of the potential to cost-effectively reduce global carbon emissions.

In its annual report, Energy Technology Perspectives 2016 (ETP 2016), the IEA offers long-term technology pathways that could limit the global temperature increase to no more than 2°C, in line with the goals set at the Paris climate conference (COP21) in December 2015. The most cost-effective approach involves deploying low-carbon options in cities, especially in emerging and developing economies.

“Cities today are home to about half the global population but represent almost two-thirds of global  energy demand and 70% of carbon emissions from the energy sector, so they must play a leading role if COP21 commitments are to be achieved,” IEA Executive Director Fatih Birol said at the launch of the report during the Clean Energy Ministerial in San Francisco.

“Because cities are centres of economic growth and innovation, they are ideal test-beds for new technologies – from more sustainable transport systems to smart grids – that will help lead the transition to a low-carbon energy sector.”

And action will need to bring global stakeholders together. Looking forward, at least two-thirds of the growth in global final energy demand to 2050 will come from cities in emerging and developing economies.

Between now and 2050, a large portion of new buildings –  equivalent to 40% of the world’s current building stock – will be built in cities in emerging and developing economies which will also account for 85% of the increase in urban passenger travel globally. Without change in current policies, that increased demand for energy services would double these cities’ energy-related CO2 emissions. But many of the urban areas in these emerging economies are not yet fully built. ETP 2016 shows how they can avoid the carbon-intensive infrastructure typical of many cities in developed economies while still providing citizens access to modern energy services with the same level of comfort. International collaboration will therefore remain critical to ensure that cities around the world can draw on their respective experiences.

For instance, urban buildings provide useful space to self-generate the electricity they consume: by 2050, rooftop solar could technically meet one-third of cities’ electricity demand. And those buildings offer significant demand potential for the roll-out of the most efficient technologies, like energy-efficient windows and appliances. ETP 2016 also details how best electric vehicles and public transport can lead to a low-carbon mobility system while reducing investment needs by USD 20 trillion compared with current development trends in cities.

But while ETP 2016 shows that the COP21 goals are achievable, its Tracking Clean Energy Progress analysis reveals that progress deploying clean energy technologies worldwide is still falling worryingly short of what is needed. The IEA analysis reveals that there have been positive developments on some technologies: the total renewable energy capacity installed currently provides around 23% of global electricity generation, sustained by progress in solar PV and on-shore wind that pushed the growth of renewable energy capacity to a record high, exceeding 150 gigawatts in 2015.

This is an encouraging trend in line with the 2°C goal of having in excess of two-thirds of electricity generated by renewables in 2050. China is the largest renewable energy market, accounting in 2015 for more than half of the world’s new global onshore wind capacity and one-third of the solar PV capacity installed.  The United States maintained its position as the second largest market in the world for renewable energy, sustaining a 40% growth rate in capacity additions over the past year. In ETP 2016, China and the United States collectively account for one third of the renewable energy capacity additions to 2050 that are required to be on track to meet the 2°C goal.

In parallel, the global stock of electric vehicles on the road surpassed one million in 2015, a significant milestone, albeit the current stock is still small compared to the ambitious aim of deploying over one billion electric vehicles by 2050 to achieve the 2°C goal. China and the United States were market leaders in total sales, and Norway kept its global lead in terms of market share, with almost one in four cars sold being electric, but the global share is still low, with only seven countries having more than 1% of electric vehicles in their market share.

Summarizing the report’s findings, Dr. Birol concluded “COP21 could prove to be a historic turning point for radical action against climate change, and recent developments on some clean energy technologies are encouraging. However, overall progress is still too slow, and must be accelerated to avoid low fossil fuel prices becoming an obstacle to the low-carbon transition. Today’s energy market conditions will be a litmus test for governments to show how dedicated they are to turning their Paris commitments into concrete actions for a low-carbon future.”

The executive summary of the Report is available for download here.