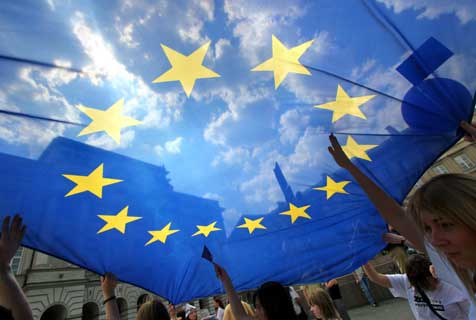 SAN FRANCISCO, May 18, 2015 — In advance of United Nations Climate Change Conference (COP21) a new report for the first time analyses and ranks the economic and energy performance of the world’s 50 largest GHG emitting nations.

“Some of the world’s largest economies are now decoupling economic growth and energy use, actually growing their GDPs while shrinking their carbon footprints. Last year marked the first time we’ve been able to say conclusively that a drop in global carbon emissions was caused by something other than an economic downtown,” said F. Noel Perry, businessman and founder of the nonpartisan nonprofit group Next 10 (www.Next10.org).

In observance of Climate Week Paris and on the eve of the Business & Climate Summit at UNESCO headquarters, Perry will present the new report findings Tuesday to an international audience including business and government leaders and journalists at a reception at the Hotel de Talleyrand in Paris.

Among the report highlights the European Union ranks as the:

“This year’s Green Innovation Index, International Edition tracks a clear shift to clean energy around the world. Although fossil fuels still represent a significant portion of our overall energy use, many analysts believe we have reached an important tipping point?globally, we are now adding more capacity for renewable power annually than fossil fuels,” said Doug Henton, chairman and CEO of Collaborative Economics, which developed the Index for Next 10.

The Green Innovation Index, International Edition shows how this transition is playing out for the world’s top 50 emitters of greenhouse gases. Among these nations, plus California:

This week marks the kick off of Climate Week in Paris a historic gathering of worldwide business and policy leaders. Through events like the Business & Climate Summit, at UNESCO offices in Paris, leaders will highlight business and policy solutions for decarbonizing the economy.

These events come in the wake of the International Energy Agency’s announcement suggesting that the process of decoupling economic growth from GHG emissions is already underway, since the global economy grew in 2014 but carbon emissions did not. The Business & Climate Summit is one of a string of international events building momentum towards a climate agreement at a key UN Climate Summit to be held later this year, also in Paris.

About Next 10
Next 10 is an independent, nonpartisan organization that educates, engages and empowers Californians to improve the state’s future. With a focus on the intersection between the economy, the environment, and quality of life, Next 10 employs research from leading experts on complex state issues and creates a portfolio of nonpartisan educational materials to foster a deeper understanding of the critical issues affecting our state.

Natural gas, renewables to grow by 2040 – will nuclear follow?