Toronto, May 14, 2015 -As part of its action against climate change, Ontario has become the first province in Canada to set a mid-term greenhouse gas pollution reduction target for 2030.

In order to help achieve its long-term targets, the province is committing to a new mid-term target to reduce emissions by 37 per cent below 1990 levels by 2030. The province uses 1990 as a baseline year for its targets, which is common in the international community and aligns with the United Nations Framework Convention on Climate Change.

Ontario’s action on climate change helps address scientific research by the Intergovernmental Panel on Climate Change indicating global temperatures will rise beyond the threshold of danger, 2°C, if left unchecked. 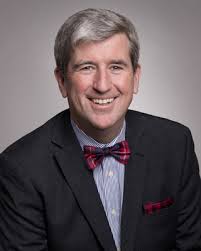 “Establishing a 2030 greenhouse gas emission reduction target of 37 per cent below 1990 levels sends a clear signal to Canada and the world that Ontario is committed to creating a lasting legacy of a better environment and a stronger low-carbon economy for future generations,: said Glen R. Murray, Minister of the Environment and Climate Change.

Climate change is already hurting our environment, causing extreme weather like floods and droughts, and hurting our ability to grow food in some regions. Over the near term, it will increase the cost of food and insurance, harm wildlife and nature, and eventually make the world inhospitable for our children and grandchildren.

While the federal government is expected to submit Canada’s national greenhouse gas reduction target to the United Nations in the coming months, Ontario is joining other leading subnational jurisdictions — including California, Québec and British Columbia — that have or will set mid-term targets to limit global warming to 2°C.

This builds on recent Ontario actions including announcing a cap and trade program to limit the main sources of greenhouse gas pollution,ending coal-fired electricity generation and electrifying and improving Ontario’s commuter rail network.

Fighting climate change while keeping industries competitive and strong is part of the government’s economic plan for Ontario. The four-part plan is building Ontario up by making the largest investment in public infrastructure in the province’s history, investing in people’s talents and skills, creating a dynamic, innovative environment where business thrives, and building a secure retirement savings plan.