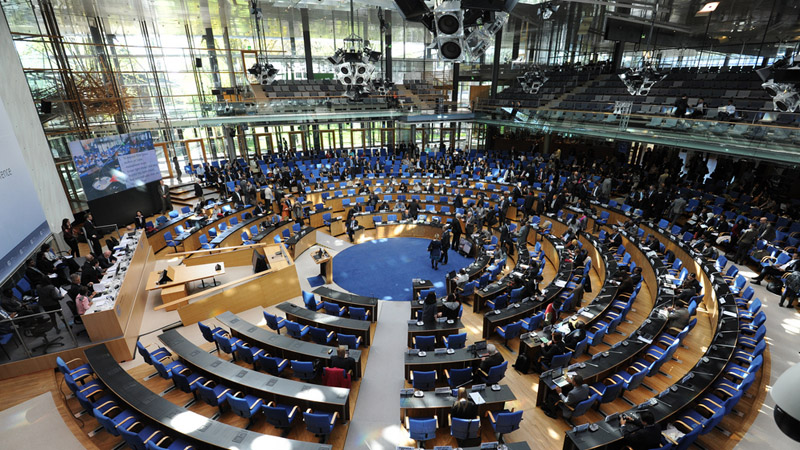 LONDON, June 11, 2015 − For a meeting on which the future of the planet depends, there were remarkably few headlines coming out of the UN climate change conference in Bonn as it ended yesterday.

Critics believe that progress, after nearly two weeks of talks, was so slow that the chances of world leaders signing up to an agreement on tackling climate change in Paris later this year are receding − and that there is a lack of political will to do so.

Delegates agreed that a “streamlined” text of a legal agreement based on the negotiations so far should be drawn up and sent to governments to review.

This will cover issues such as how the agreement can be financed, who will cut greenhouse gas emissions, how to adapt to climate change, and compensation for nations badly affected. The negotiators will then come back to Bonn and try again.

Optimists will argue that this is progress, and that the talks were not supposed to be final, but merely moving towards a legally-binding agreement that will be signed by heads of state at the UN Framework Convention on Climate Change in Paris in December.

However, for many environment groups lobbying the talks, it was certainly not enough. The phrase “sleepwalking into Paris” was how Christian Aid  described it.

Their senior climate change adviser, Mohamed Adow, was quoted by the BBC as saying: “There has been too much time spent fiddling around with the unimportant details of the text. Negotiators have acted like schoolchildren colouring in their homework timetable and not getting round to any actual homework.”

It was not all bad news. One of the surprising breakthroughs was an agreement that will enable poorer countries to receive money for keeping their forests standing.

Trying to preserve the world’s forests in order to store carbon, and so protect the climate, has been a thorny issue since the first Earth Summit in Rio in 1992.

The scheme for Reducing Emissions from Deforestation and Forest Degradation, known as UN-REDD, was originally going to be a Forest Convention, but developing countries rejected that on the grounds that it was up to them how they used their own natural resources. In any case, they said, the developed world had already cut down its forests.

After 20 years of talking, the increasing recognition that forests are more valuable in their pristine state than logged or clear-cut, and that rich countries were prepared to compensate poorer ones for not cutting them down, finally led to agreement.

Brazil, still battling to reduce Amazon deforestation, was among the countries pushing for an early settlement.

Although the agreement has been reached, it cannot come into operation until the end of the Paris conference, when it is supposed to be part of the package of deals that will save the climate from going over the internationally-agreed 2˚C temperature rise limit above pre-industrial levels.

The main sticking point in the past, at the Bonn talks, and for the future is the small matter of $100 billion pledged in aid by the rich countries to developing nations by 2020 to help them to adapt to climate change and still develop at the same time.

Money has been trickling in to various funds set up for the purpose, but there is no sign that the bulk of the donations will actually materialise.

Another serious problem is that the pledges that larger countries have made to reduce emissions are not enough to stop the world overheating beyond the 2˚C limit agreed by politicians.

So far, more than 30 countries have pledged to limit emissions of greenhouse gases, with around 150 smaller countries yet to set goals.

A bright spot on the pledges front was the agreement of the G7 group of countries to phase out all electricity production from fossil fuels by the end of this century.

However, as critics pointed out, what the leaders failed to do was outline any measures they were prepared to take now to set the world on the right course.

Another vexed issue yet to be resolved is compensation for the loss and damage suffered by poorer countries because of sea level rise and storms for which they are not responsible.

Impatient with progress at the talks, some of the poorer nations − Vanuatu, Kiribati, Tuvalu, Fiji, the Solomon Islands, and the Philippines − announced that they would be taking a human rights case again big oil, coal and gas companies, and demanding compensation.

There are signs that public opinion − so often in the past indifferent to the issue of climate change − is now taking the issue more seriously.

A vast poll that involved testing public opinion in 70 countries on the same day found that 80% of people are very concerned about climate change, and 67% back a legally-binding agreement for all countries to reduce emissions.

Jan Kowalzig, Oxfam climate change policy adviser, summed up the feelings of environmental observers in Bonn when he said: “Negotiators avoided a showdown over crunch issues such as finance and increasing near-term emissions cuts, but they are only delaying the inevitable.

“A clearer mandate from heads of state and ministers is needed to ignite the talks and ensure key questions are answered.

“Political leaders need to give a clear steer on how to address the inadequacy of current emissions reductions pledges, but also on the urgent financial support needed for the most vulnerable countries and populations.”

Once governments have had a chance to review the “streamlined texts”, delegates will return to Bonn in August and October for more rounds of talks, before the Paris summit at the end of the year. – Climate News Network

Energy and Climate Change – pillars for success at COP21