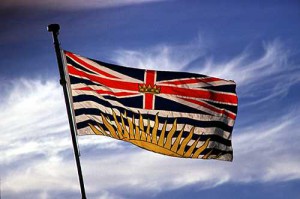 In 2008, British Columbia implemented the first comprehensive and substantial carbon tax in North America. By 2012, the tax had reached a level of C$30/t CO2, and covered approximately three-quarters of all greenhouse gas emissions in the province. This paper reviews existing evidence on the effect of the tax on greenhouse emissions, the economy, and income distribution as well as provides new evidence on public perceptions of the tax.

Empirical and simulation models suggest that the tax has reduced emissions in the province by 5–15%. At the same time, models show that the tax has had negligible effects on aggregate economic performance, though certain emissions-intensive sectors have faced challenges. Studies differ on the effects of the policy on income distribution but agree that they are relatively small. Finally, polling data show that the public initially opposed the tax but now generally supports it.

The carbon tax was originally implemented as a “textbook” policy, with wide coverage, few exemptions, and use of revenue for low-income tax credits and broad-based tax cuts. But the recent use of some tax revenues to support particular industries rather than to deliver those broad-based tax cuts may reduce its overall cost-effectiveness.

British Columbia has given the world perhaps the closest example of an economist’s textbook prescription for the use of a carbon tax to reduce GHG emissions. The tax covers a wide base, started low to ease the transition, and rose to a more substantive level, roughly in line with recent mid-range estimates of the marginal damages per ton or the “social cost of carbon” (Pizer et al. 2014) and the highest broadbased carbon price in practice today (2015).

The intended use of tax revenues is to lower preexisting distortionary income taxes on businesses and households as well as to target transfers to presumptively disadvantaged low-income households. Reporting of the sources and uses of carbon tax funds is subject to a highly transparent process, under which politicians and their constituencies can track how the revenues are used each year. Given these features, the BC carbon tax provides an excellent field test of a widely prescribed policy.

This analysis has assembled and reviewed existing studies of the BC carbon tax’s effect on emissions, economic performance, distributional outcomes across household-income levels, and public acceptance. It also presented an original statistical analysis of household perceptions of the tax in British Columbia or a hypothetical similar tax in other Canadian provinces.

Although the published work in this area is fairly thin in quantity, findings are fairly consistent across studies within a category and are consistent with economic and demographic theory.

Key messages from this assembled body of work follow.

Although the tax appears to be a success on many fronts, it has some potential shortcomings.