Green Over Gold – China’s Acceleration Towards An Environmentally Driven Economy 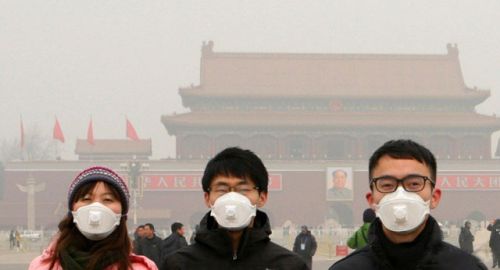 Monday, April 17, 2017 – In our 30 years of project management in China, seldom has a subject so dominated discussion as China’s commitment to pro-environmental policy and the question I most often hear is “just how serious are they?”

My response is unequivocal.

China’s commitment to meeting the targets set out in the Paris Accord is the single most important factor dictating policy and driving a rapid social change that fundamentally alters the metrics by which business in China has been assessed in the past.

Of the world’s population threatened by rising sea levels, fully 25% live in China and even if the Paris targets of a 2-degree increase are achieved, over 63 million Chinese will be forced to leave their homes.

Urban displacement is just one of the many problems the government face when dealing with a population who are increasingly protesting environmental issues from air quality to corruption of the food chain.

Far from seeking to suppress the growing voice of concern, the government is now positioned as its champion making it clear that ratifying the Paris Treaty in September 2016 was not a concession to international pressure but a commitment to values and policies that they themselves regard as of paramount importance.

With this, he has dramatically positioned the environmental movement not just as an ideal but also as a significant driver for growth.

Over the past few months we have seen an unprecedented period of activity, both in terms of public statement and domestic policy heralding a significant opportunity for international CleanTech companies looking to do business in China and leading to President Xi, being feted as an environmental champion at the World Economic Forum in Davos in January for his pledge to respect the environment whilst pursuing economic and social progress.

The 5 year plan, instituted in 2016 focused on two main areas; the Global Energy Interconnectivity plan to connect renewable energy to the national grid, and the enforced reduction of emissions.  At the end of the year, two major tranches of legislation were introduced to support that goal.

Firstly a licensing system was announced in November which Wang Jian, deputy head of the department for air control said “will be the only administrative permission for companies to discharge pollutants”.  Initially covering thermal power plants and paper-making plants, the licenses will cover all industry sectors by 2020, making it illegal for any company to produce emissions without permission.

This initiative was followed in December by the announcement of a new Environmental Tax law to take effect in January 2018 under which companies will be taxed by volume of emissions produced.  As Wang Jianfan, Director of the Ministry of Finance, Tax Policy Department has said: “The new license will be the only administrative permission for companies to discharge pollutants,”

The new tax law is, however, interesting for two particular features.  Since 1979, China has had the abilities to impose levies on companies who failed to achieve environmental targets but these were imposed at a local level and were often over-looked in the case of companies who otherwise contributed to the local economy.  Such arbitrary “sweetheart deals” will no longer be possible.

Even more significantly, the tax will be assessed at a regional level and provision exists not only to offer discounts to areas that are achieving targets but also to penalize by up to tenfold localities that under-perform.  Thus local governments are tasked to ensure regional compliance and will be assessed in terms of how well they perform.  This does much to address the traditional twin problems of enforcement and corruption.

Perhaps the single most important legislative change took place in January 2017 when the Environmental Impact Assessment Agencies (EIAs) were decoupled from local governments.  Largely under reported in the Western media, this is without doubt a huge step forward.

Working with EIAs in several regions we have generally found the inspectors to be highly informed and passionate about environmental issues but often hindered by working under the constraints of local authorities often hostile to their goals.

With this move, the EIAs will now be charged with monitoring emissions on a real time basis and, most importantly, with the power to both levy and enforce fines on offenders.  It is clear from this policy that central government in Beijing has clearly thrown the onus of compliance back to the local authorities and will henceforth hold them accountable for performance in their regions.

This is, I believe, a watershed moment and one that will change the paradigm of how environmental policy is both perceived and enforced in China from here onwards.

This view, appears to have been corroborated in February when the National Development and Reform Commission announced a new system of evaluating local officials based on environmental factors over economic concerns.

In the past, accelerated growth rates for GDP have been the dominant factor and over-ridden all other concerns.  With this announcement, however, local officials will now be assessed on commitment to green lifestyle, the environment and, interestingly, public satisfaction.  That public perceptions are to be taken into account is in itself groundbreaking but the first inklings that the environment would take precedence over economic growth was truly a change of seismic proportions.

Six months of accelerated activity have culminated in The People’s National Congress held at the start of March in Beijing.  For those who remained skeptical, Premier Li Keqiang’s opening address laid out the agenda clearly with the commitment to “make the skies blue again”.

By focusing on reducing reliance on coal, promoting green cars and, most significantly holding local officials fully accountable, he laid out the most concise policy document yet for tackling China’s environmental problems.

He also made clear the sentiment that we had been detecting over the past months regarding environmental concerns taking precedence over economic considerations.  Having been so clearly iterated at the National Congress this is now de facto policy.

In closing the conference, he announced the long anticipated regulation of “green bonds”, opening the way for fund raising, financing and investment in the sector which is effectively the final piece in the puzzle allowing China’s transition to a green economy.

The changes we have seen over the past six months cannot be underestimated and will, we believe, have dramatic and far-reaching consequences for how foreign businesses operate in China.

Although we have seen massive investment overseas by Chinese companies ($32 billion in 2016 alone) and although 70 of the world’s largest CleanTech companies are Chinese, so far this has been driven by the traditional Chinese metric of sound ROI.  What we are now seeing is a more emotional driven investment climate and one opening up to the individual as never before.

At the National Congress, XI Jinping’s address focused on economic policy rather than environmental but his initiatives to allow foreign firms to operate on equal terms to Chinese, allow local governments to adopt preferential policies to attract investment and allow for the first time international companies to list on Chinese exchanges, are further indicators of China’s willingness to cooperate at an international level on environmental issues.

This is a defining moment, not only for the environmental movement in China but also for international companies looking to enter the market.

Never has the climate been so attractive or the terms and conditions offered been more welcoming.  In the past, in my experience, when projects have failed to come to fruition it has generally been as a result of a misalignment of goals between companies, investors and government interests.

Now, as never before, with clearly defined targets and pro-environment sentiment in the ascendant, the parameters are in place for an era of unprecedented cooperation and achievement.

Dr. Eamon McKinney is CEO of CBN Global (www.cbnglobal.biz), a leading strategic investment and project development firm in China. He has been actively involved with China-Foreign business for more than 30 years, was instrumental in the establishment of the first foreign joint venture in modern Chinese history, and over the past 25 years he has advised more than 200 foreign companies on their China strategies and business development.  Dr. McKinney has a PhD in Chinese studies and an M.B.A. from Northwestern University in Chicago.