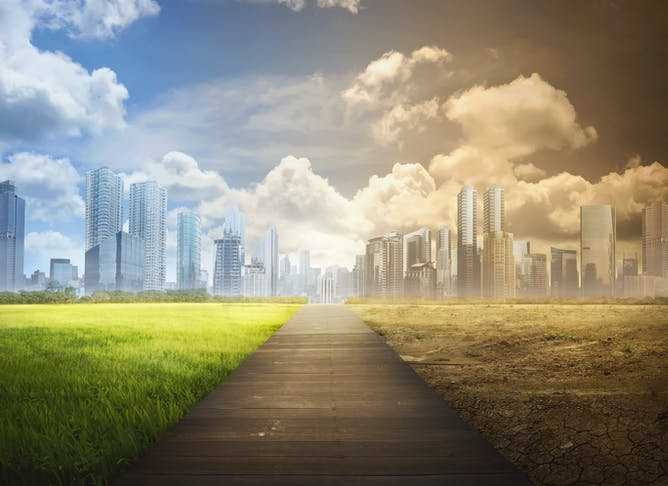 Some individuals are shrinking their carbon footprint by relying on natural gas. Nationwide, the deregulated energy market means energy producers are supporting consumer demands with natural gas and other coal alternatives to minimize emissions. Other individuals target carbon emissions in the built environment.

Some environmental engineers are using more natural methods to create technological alternatives. The alternatives are often more effective, too, in that they lose less carbon to leaks and mismanagement. Geological carbon sequestration also reduces atmospheric degradation by storing pollution underground.

Biological and geological carbon sequestration methods are similar but have distinct differences. The geological alternative converts emissions into a liquid and injects them into rock formations. The practice is effective and prevents the equivalent of nearly 1 billion vehicle emissions from entering the atmosphere.

Environmental engineers manufactured a carbon filter out of graphene, which is more efficient than other methods. They placed carbon-dioxide-sized holes in the graphene, helping air pollutants filter through. The engineers also developed a restriction method for keeping other gases like nitrogen out.

Graphene has a high capture performance rating. It is also an affordable material, which increases its global accessibility. Individuals can filter emissions from the air for around $30 per ton of carbon while using the technology.

The technology is new and its efficiency levels are less stable compared to biological methods. Molecular engineering is also less cost-effective than other carbon sequestration methods. Scientists predict the technology’s cost may drop below $100 per ton of carbon in the future.

The Future of Carbon Sequestration

The price of carbon sequestration alternatives affects their adoption rates. While countries work hard to shrink their carbon footprints, scientists continue developing advanced filtration systems that can be deployed inexpensively and at scale. New technologies may offer greater efficiency than traditional CCS methods.

Author bio: Jane works as an environmental and energy writer. She is also the founder and editor-in-chief of Environment.co.