In the age of disruptive innovation, adaptability is what matters most 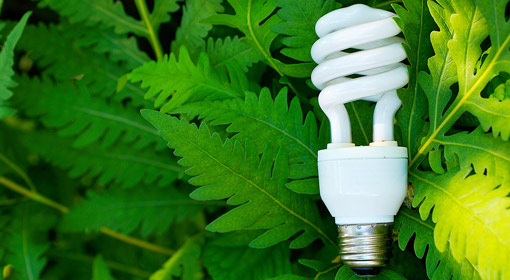 We live in a period of staggering technological change. While society is being transformed by disruptive innovation during this transition, it will be your own individual adaptability that will determine if you are a winner or a loser.

Every 24 hours, there are approximately 4 million smartphones sold, 8 billion hits on YouTube, 700 million tweets, 130 million Instagram uploads, and over 200 million sent emails. There are now more iPhones sold every day than babies born, and the world has more than 3 billion internet users accessing 1.2 billion websites. Facebook alone has more than 1.3 billion users, which translates to a ratio of 1 in every 7 people of the word. In fact, if Facebook were its own country, by population, it would be the second largest.

The onslaught of the information revolution is truly staggering and permanently reshaping our world. It is causing massive disruption, propelling many people forward but leaving many behind as well. It is creating both incredible opportunities and significant risks, and in the words of the author William Gibson, who coined the termCyberspace, “The future is here, it’s just not evenly distributed yet.”

It is not the innovation itself that matters, but its implications during this transition. For the individual, the key will be how to take advantage of these changes, while protecting one’s family, business, career, investments and way of life.

Disruptive innovation, driven by new technology, has always been integral to human progress. It has moved humanity forward by creating new opportunities, building great wealth, and opening unexplored frontiers, from the vastness of space to the world of particle physics.

The Gutenberg printing press enabled the rapid spread of knowledge as books became cheaper and more plentiful, ultimately contributing to the dawn of the Age of Enlightenment. The compass gave us the Age of Discovery, not only opening new lands and resources, but enabling the spread of industry and the development of nations. Paper currency is an innovation, though recently significantly overdone, which spawned electronic banking and global commerce. The discovery of electricity gave us new forms of heat, light and communications.

These innovations vastly improved the quality of life and economic prospects for society. For instance, according to the U.S. Census Bureau, the standard of living, measured by GDP per capita, increased 21.7 times from 1820 to 1998. Average life expectancy at birth doubled during the last 150 years, from 38 years in 1850 to 76 years by the late 1990s. Our lives are dramatically better now, largely driven by technological change and innovation.

However, while society is better off on average, innovation has also produced both winners and losers, opportunity and risk, migration and displacement. For instance, according to the U.S. Department of Commerce’s Bureau of Economic Analysis, over the last 150 years there has been a dramatic migration from the farm to the factory, and then from the factory to the office.

For many decades, technology significantly advanced the quality of life in our economy, moving us from a hard, short life of farming, to today a longer life of work in the service sector.

However, I believe the world is changing dramatically and rapidly, and innovation is driving us to a new inflection point.

In 2013, a study authored by Erik Brynjolfsson and Andrew McFee at the MIT Sloan School of Management argued that advances in technology are largely behind the sluggish job growth and flattening median incomes over the last 10 to 15 years. They believe that the recent rapid advances in technology are destroying jobs more quickly than they are being created, contributing to the recent stagnation in income and the growth of inequality in the U.S.

For evidence, they studied productivity and total employment in the U.S. from the end of WWII, and demonstrated how they closely correlated with one another; the increase in jobs corresponded to the increase in productivity, and thus, the entire economy grew. However, around the year 2000, this correlation diverged, with productivity continuing to rise but employment levels stagnating.

They call the gap between increasing productivity and employment ‘the Great Decoupling,’ and the authors believe technology is behind it.

What does this mean? While society as an aggregate is better off, individual workers are being displaced. For the first time in human history, innovation is taking away net jobs and technology is competing with humans for work.

The rate of technological adoption is changing as well. For instance, of nine significant inventions in the U.S. over the last 100 years (telephone, electricity, radio, television, computer, mobile phone, internet, tablet and smartphone) the smartphone is on track to have the fastest adoption rate from market launch to full market saturation (defined as 75 per cent of consumers).

It took the standard home landline telephone 80 years to reach market saturation, and the mobile phone 20 years. Now, the smartphone is on track to achieve this in less than 10 years.

The nature of technology is changing as well. Prior to the advent of the Digital Age, much of our technological advancement focused on replacing arduous physical work. Machinery made it easier for the farmer, the miner or construction worker to be more productive and safe.

Today, we are in the middle of an information revolution. Initially, digital technology, such as the desktop computer, automated human mental tasks. Then, the Internet massively increased our access to information, and mobility unchained us from our desk.

Today, advances in the automation of knowledge and software development have enabled machines to replace human mental tasks. For the first time in history, our need to think has been replaced. For instance, today robots are self-taught, and software can write its own code, music or articles.

Millennials are changing much about the way we see the world and handle information, driving a social and collaborative economy, and rewarding innovative companies like Uber and Zip Car.

The final compounding factor is the collapse of the middle class. A study by the Pew Research Centre conducted in 2012 showed that income levels of the middle class are being hollowed out. The study used Census Bureau data to classify adults into lower, middle or upper income tiers depending on the income of their household relative to the overall median income. It found that the share of adults in the middle income tiers has fallen in each of the last five decades, from 61 per cent in 1971 to 51 per cent in 2011.

Our world is changing more than ever before and the rate of change is non-linear. The nature of the change is different, as net jobs are being lost to machines, just at a time when people need these jobs the most. Finally, the rise of the millennials and the collapse of the middle class are compounding this transition dramatically. While I am confident that society will be much better as a result of technology, the social and economic implications of the transition are staggering for the unaware or unprepared.

Indeed, with change comes risk and opportunity. The risk is in maintaining the status quo and the opportunity is for those preparing for, creating, or investing in the future.

I believe the best way to both survive and then thrive in this coming transition is simple; embrace it as an Age of Adaptability. There is nothing an individual can do to stop these massive global trends in technology, economics, and demographics, other than adapt. Even reacting to the trends is insufficient, since their scale and velocity are will leave you scrambling to catch up, not mind getting ahead.

The only solution is to adapt by becoming a lifelong learner, failing fast if necessary, and learning to get ahead of the changes.

This ability to adapt starts with a mindset that the status quo is not a safe haven, but the place of greatest risk. It means accepting complete responsibility for your destiny, rather than subordinating your well-being to other groups or people. It requires you to take 100 per cent control of your circumstances, particularly if you are responsible for a family, or other people in the form of a business. It entails moving to a state of absolute clarity and awareness of the coming onslaught of change, and then taking a personal leadership role in making incremental, but permanent, changes to your life now.

Technology is reshaping and permanently changing our world for the better. In our lifetime, we will see unimaginable progress that will usher in a golden age of a socially-connected global economy, creating new opportunities on a vast scale. Humankind will successfully emerge from this transition, as we always have, and the winners will not be the strongest or even the smartest, but those individuals most willing and able to adapt. 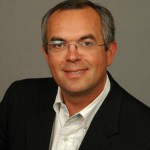 Eamonn Percy is the founder and principal of Percy Group Capital + Business Advisors, a business and technology consulting firm focused on helping leaders and organizations permanently solve complex problem and accelerate growth. This article first appeared in the Globe and Mail on May. 13 2015 and is reprinted here with the kind permission of the author. Disruptive Innovation Photo via Vistage.

The market benefits of ‘green’ condos in Toronto

China to streamline administration in move to promote innovation