Investing Today for a Brighter Tomorrow – An Editorial by Sergio Marchi 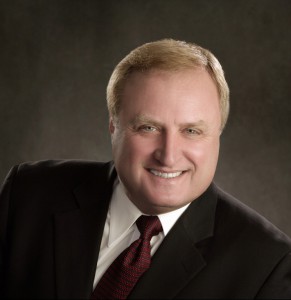 Sometimes, we need to stop and assess what we take for granted.

Electricity is one of those things. We barely notice it’s there but it powers our lives at home and at work. And taking it for granted has serious downsides.

June has been designated “electricity month” for the last 3 years, so what better moment to reflect on “the great enabler” of modern society.

The fact is, we are at an inflection point. The decisions we make today – or fail to make – regarding our electricity system will have repercussions for generations to come.

That’s because Canada’s electricity assets are reaching the end of their lifecycle, which can range from 30 years for a utility pole to as much as a century for a power plant. Much of the system built a generation ago now needs to be replaced or refurbished.

Significant investments are needed just to maintain the reliability of what we have today. And when it comes to renewing electricity infrastructure, the lead times are long – often measured in decades.

Over the past decade, utilities have made investments of about $9 to $11 billion per year. However, according to the Conference Board, just to keep the system running will require some $350 Billion over the next 20 years, which translates to about $15 billion per year.

Naturally, I also understand that no-one likes paying more for their electricity. Homeowners don’t like it and neither do businesses. And when you have unhappy consumers, you have a perfect storm for political inaction, or years of relatively flat investment.

But looking ahead, new technologies like home battery storage, two way electricity flows, and electric vehicles will have an enormous impact on the electricity industry.

Read the Keynote Speech by The Honourable Sergio Marchi President and CEO of the Canadian Electricity Association Vancouver Region Board of Trade Vancouver, British Columbia June 30, 2015

Prudence and forward planning require that we invest now.

And if we don’t? If we simply muddle along, kicking the can farther and farther down the road?

In that case, the consequences are clear – and significant. Disruptions caused by increased brownouts or blackouts could increase, especially given the increasing severity of our weather patterns.

That means less than reliable electricity. A loss in our ‘quality of life. Lost economic opportunities. And a less competitive economy.

This isn’t “chicken little” worrying – it’s clear eyed analysis. And if we are going to have a constructive and candid dialogue, we must consider all the potential consequences of our actions, or inaction.

In electricity, we have something that is indispensable to our modern life, which also contributes to a low-carbon future. Eighty percent of the electricity sector is emissions free.

It also comes to us at a relatively reasonable cost. For most Canadians, according to Statistics Canada, it amounts to about $3.59 per day – which is under 2% of household spending. That is less than what American ($4.65 Cdn ) and Japanese ($5.04) families pay.

Finally, we should understand our obligation to future generations.

Our forefathers undertook major infrastructure projects in building Canada. Think of the great railroads of the 19th century, or the highway, seaway and national broadcast systems of the 20th century. Throughout our history, we have invested in our ‘todays’ to ensure better ‘tomorrows’.

And each time we did, it was transformative – laying the foundation for economic prosperity for generations to come.

Today, I believe we are again at one of those moments. A time to build something important. Something enduring.

The Honourable Sergio Marchi is the President and CEO of the Canadian Electricity Association, Mr. Marchi was a Member of Parliament for 15 years, where he served as a Cabinet Minister for the Environment; Citizenship and Immigration; and International Trade. After voluntarily leaving the political arena, Mr. Marchi was appointed as Canadian Ambassador to the World Trade Organization and United Nations in Geneva. Prior to his appointment to the Canadian Electricity Association earlier this year he was Principal of the Marchi Group, and Chairman of the Arton Capital Advisory Board, a financial advisory firm specialized in Investor Immigration Programs. He also served as a Director of Avalon Rare Metals, a Canadian mining company in the rare earths sector; and with Lithium Americas, a Canadian exploration company with world-class lithium reserves in South America.

How great are the risks posed by climate change?