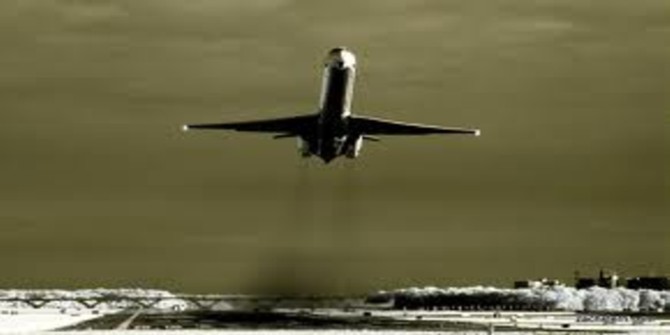 July 16, 2015 – As well as contributing to the greenhouse effect, aircraft emissions have an important impact on air quality and human health.

This study, which quantified the effect of civil aviation emissions across the globe, suggests they could be responsible for 16 000 premature deaths every year, at an annual cost of over €18 billion.

The air quality costs of aviation were similar to its climate costs, and over 10 times larger than accident and noise costs.

Aviation is becoming an increasingly popular method of transport. According to the International Civil Aviation Organization (ICAO), the number of air passengers is set to more than double in the coming 20 years.

This vast increase is expected to have a similarly drastic effect on air quality, and therefore on the environment and human health.

Alongside greenhouse gases, aviation emissions contain fine particular matter (PM2.5) and precursors of ozone (O3). PM2.5 and O3 have both been linked to an increased risk of premature death.

Aviation emissions were based on 2006 levels provided by the Aviation Environment Design Tool, which models aircraft performance to produce fuel burn, emissions and noise data.

The number of premature deaths caused by the emissions was calculated by overlaying air pollution simulations onto population density data, thus determining the pollution exposure of populations in different world regions.

The results showed that exposure to PM2.5 and O3 from aviation emissions could be responsible for approximately 16 000 premature deaths every year.

To assign a monetary value to these premature deaths, the researchers determined country-specific values of statistical life, i.e. how much people would be willing to pay for reductions in their risks of dying due to air pollution.

For the US, they were based on estimates from the Environmental Protection Agency, while estimates for other countries were modified based on national income per capita.

The researchers estimate that premature death due to long-term exposure to aviation emissions could cost around $21 billion every year, equivalent to almost €18.5 billion. Europe alone accounts for around €9 billion of these costs — the highest of all regions.

In order to gauge the relative importance of aviation emissions, the researchers compared the health costs of aviation to the costs associated with accidents, climate change and noise.

They found that the air quality costs of aviation were in the same order of magnitude as climate costs (which include losses caused by increases in global surface temperature, such as higher flooding risk), and over 10 times larger than accidents (the economic costs of injuries and mortalities) and noise costs (losses in property values — health related costs were not considered).

These findings suggest that reducing fuel burning in aviation could provide air quality cost benefits on a scale comparable to climate change mitigation.

Recognising the impact of aircraft pollutants, the European Commission is working hard to reduce aviation emissions. Its Directorate-General for Mobility and Transport is cooperating with international organisations, amongst which is the ICAO, to address potentially harmful emissions from aircraft, including particulate matter.

Are countries legally required to protect their citizens from climate change?