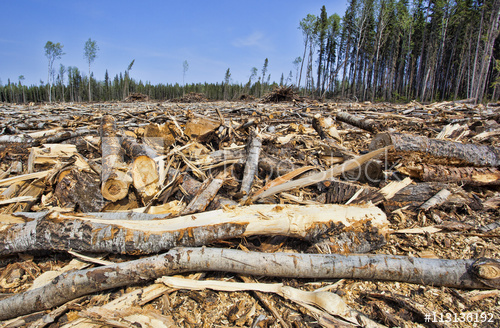 A ground-breaking New study shows that better stewardship of land use in the US could cost-effectively cut the equivalent of over a fifth of US greenhouse gas emissions.

Of the 21 natural solutions analysed, increased reforestation (the planting of trees) emerged as the largest means available to achieve greater carbon storage at a landscape level, equivalent to eliminating the emissions of 65 million passenger cars annually.

Other high-performing forest solutions include allowing longer periods between timber harvest to increase carbon storage; increasing controlled burns and strategic thinning in forests to reduce the risk of ‘megafire’; and avoided loss of forests from urban sprawl.

The peer-reviewed study, published in the journal Science Advances and led by The Nature Conservancy alongside 21 institutional partners found by conserving, restoring and improving the management of natural and agricultural lands, it’s possible to increase carbon storage and avoid greenhouse gas (GHC) emissions in the US to the tune of 1.3 billion tonnes a year. (GHGs are measured in CO2 equivalents CO2e).

This is the equivalent to removing more than a fifth (21%) of the carbon pollution in the US and represents more than a tenth of the global potential of natural climate solutions.

The study is the first in the US to include the potential of coastal wetlands and grasslands, alongside the more established areas of forests and agriculture.

They provide additional benefits such as reduced flooding, improved air and water quality; soil health; biodiversity; and increased adaptation and resilience to natural disasters associated with a changing climate.

Reforestation has the single largest maximum mitigation potential of 307 Tg (1 Tg equals one million tonnes) of CO2e per year. Most of this potential occurs in the northeast (35%) and south central (31%) areas of the United States. This mitigation potential increases to 381 Tg CO2e year−1 if all pastures in historically forested areas are reforested.

These management practices can be implemented at low or no net cost and do not require a change in business-as-usual (BAU) land use or ownership rights.

The study identified a maximum of 156 million acres with potential for reforestation, 123 million acres where forest harvest rotations could be extended; and 82 million additional acres of forests in the US that would benefit from fire risk reduction treatments on federally managed forests. In addition, almost a million acres of forest are currently being converted to non-forest habitat a year, largely due to suburban and exurban expansion, which could be addressed through better land use planning. The study also finds that urban reforestation can add important carbon storage benefits.

Associated with the study, the Nature Conservancy has published an interactive map using 11 different Natural Climate Solution approaches, all broken down at the state level. The map and associated tables show each state’s potential for emissions reduction, an important tool for policy and planning purposes.

This article was first published by the Pacific Northwest Building Resilience Coalition and is reprinted here with permission.

Why You Should Pay Attention to Mobile E-Commerce