May 18th 2015 – Despite Canada’s abundance of gas resources and the plethora of proposed LNG export schemes, the current business environment, characterized by low oil prices and industry consolidation, makes it unlikely that any Canadian LNG scheme will be commissioned before the middle of the next decade.

This is the key conclusion of a report by Ieda Gomes just released by the Oxford Institute for Energy Studies.

Similar to other greenfield LNG schemes being proposed in East Africa and Australia, the window of opportunity to capture premium Asian markets has also eluded the Canadian projects; it is likely that a new market window will open from 2025 onwards, notes the report.

As of early 2015 all proposed projects have been deferred and any final investment decisions will await signs of an improvement in market conditions.

A few projects look more viable due to a combination of Asian buyers’ equity holders and a large resource base, but even those projects face the hurdle of high capex costs, complex environmental permitting and the individual circumstances of the project leaders.

Industry analysts expect only at most three British Columbia LNG projects to be operating by 2025. 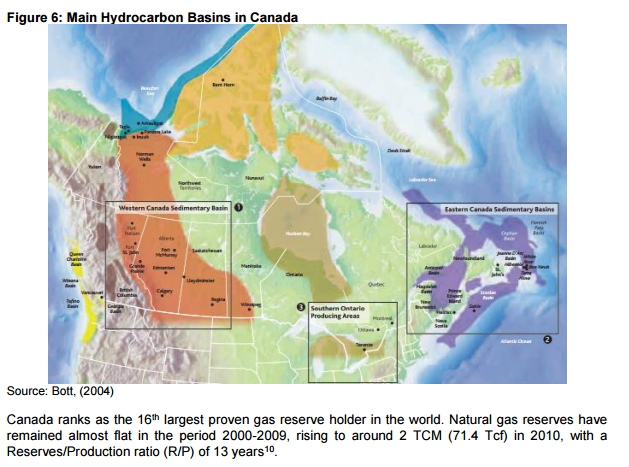 The market outlook for Asia is still uncertain. Demand in Japan is flat; pending a decision on how many nuclear power plants will resume operation between now and 2017.

Demand in South Korea has dampened, due to a combination of mild weather, slow economic growth and the prospect of 7GW nuclear being currently built coming on line. The demand for LNG in China has slowed down, with more pipeline gas being imported into the market. In addition, there are 120-130 mtpa of extra LNG capacity (under construction) coming to market by 2020. 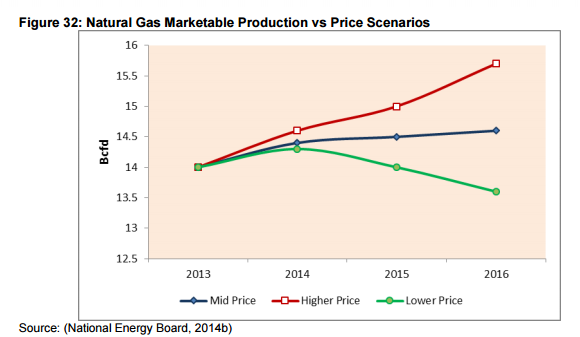 The Indian market may offer interesting growth opportunities, due to the current shortage of KG basin gas. However the main gas downstream player, GAIL, has already committed to buy 8.5 mtpa from US and Russian suppliers.

The key hurdle is of course the relative competitiveness of Canadian LNG projects to US Gulf Coast brownfield projects and Australian expansion projects at a time when global demand for LNG over the next decade appears to have declined.

The Canadian projects will need prices of around US$ 10.3-11.6/MMBtu to breakeven, which (on an oil indexed pricing basis) necessitates oil prices of US$ 76-90/bbl, which doesn’t appear competitive with the first generation of US Gulf Coast brownfield projects.

The window for new supply requirement appears to have moved back to the early 2020’s, and Asian buyers appear set on moving away from oil-indexed long term contract prices.

Even if the Canadian projects set up cost plus price formulae, the fixed component of US$ 6.5-7.5/MMBtu, which includes enabling pipeline infrastructure, liquefaction plus income tax, looks expensive when compared to US projects.

Gas producers in Canada West Canadian Sedimentary Basin will continue to see price erosion until LNG projects materialize, as they continue to lose markets to cheaper shale gas produced in the US.

The continuous growth of Marcellus production, followed by the Utica deeper play and the Bakken in North Dakota, coupled with the construction of new pipelines and the flow reversal of the existing ones, will cause the Canadian western producers to lose traditional US and eastern Canadian markets.

Under this scenario, WCSB producers will be marginal suppliers and price takers in the North American gas market, a situation which is aggravated by higher transportation toll fees west – east, as less gas from WCSB is transported to the Eastern markets.

In the last four years there has been increasing interest from foreign oil companies to invest in upstream resources in Canada. The vast resource basis, a stable democratic regime, the possibility of developing integrated upstream to LNG projects, the proximity to Asian markets and gas prices discounted to Henry Hub were attractive factors for new investors.

In addition to major international oil companies such as Shell, Chevron and BG, a few National Oil Companies (NOCs) who are willing to secure gas supplies for their domestic markets or enhance their LNG portfolio have been also investing in unconventional gas plays in Canada.

 In March 2010, EnCana signed an agreement with Korea Gas (Kogas) which bought a 50% interest in acreage in the Horn River Basin and Montney shale gas plays in BC.

 In June 2011, Progress Energy Resources Corp. announced a deal with Petronas (Malaysia), which is investing US$ 870 million to access shale gas assets in northeastern BC and to develop a portion of Progress’ Montney shale assets in the foothills of Northeastern BC.

 In February 2012 EnCana entered into an agreement (the Cutbank Ridge Partnership) with Mitsubishi Corporation which will invest approximately US$ 2.3 billion for a 40% interest in about 409,000 net acres of Encana’s undeveloped Montney natural gas lands in northeast British Columbia.

 In December 2012 EnCana entered into a joint venture arrangement with Phoenix Duvernay Gas (Phoenix), a wholly owned subsidiary of PetroChina, for a non-controlling 49.9% interest in EnCana’s approximately 445,000 acres in the Duvernay play for US$ 1.7 billion.

 In February 2013, CNOOC closed the US$ 15 billion acquisition of Nexen. In addition to assets in the US and Africa, Nexen will provide CNOOC with control of Nexen’s Long Lake oil sands project in Alberta, and of billions of barrels of oil sands reserves in Alberta.

 In December 2014 Repsol entered into an agreement to acquire 100% of Canadian oil company Talisman Energy worth US$8.3 billion plus a US$ 4.7 billion debt.

In the West Coast, British Columbia (BC) is well positioned to supply LNG because of the large resource basin and the close proximity to the major Asian markets. BC Government’s stated objective is to have at least three LNG plants in operation by 2020.

In 2013 BC natural gas production was around 34.4 Bcma (3.3 bcfd). Meeting BC’s LNG development goals would require 54.3 Bcma (5.2 bcfd), that could come from BC unconventional gas resources, combined with gas from Alberta. In the East Coast, the proposed projects would either receive gas from the US or from smaller upstream developments in the region.

As of March 2015, 25 completed applications to build LNG export facilities have been submitted for the approval of the National Energy Board (NEB), comprising the following proposed projects:

 Two applications for the export of gas to supply proposed LNG projects in the US Northwest Coast (Jordan and Oregon LNG), totalling 29 Bcma (2.85 bcfd) , both approved by the NEB.

 Five applications to build LNG plants in the East Coast of Canada totalling 38.5 mtpa, requiring 56 Bcma (5.4 bcfd), of which two are filing proposals to import gas from the US.

 19 applications to build LNG facilities in the West Coast of Canada, totalling 280 mtpa and requiring 415 Bcma (40 bcfd) of feedgas.

Ten applications have been approved but the NEB revoked the license of one of the projects, the BC LNG Export Cooperative, also known as Douglas Channel LNG, following the dissolution of BC LNG.

In total, these projects are seeking permission to export more than 500 Bcma of natural gas, which is nearly three times Canada’s current gas marketed production.

A forecast by the consultants Ziff Energy estimates that Canadian natural gas production could grow from 136 Bcma (13 bcfd) in 2013 to 375 Bcma (36 bcfd) by 2050, but that would be insufficient to feed all the proposed projects. 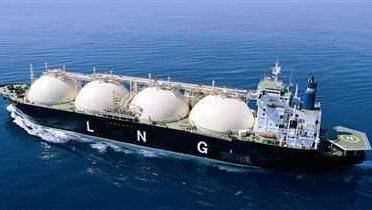 There are numerous proposed LNG export projects on Canada’s West and East Coasts. The Report provides a succinct description of each of these and details at the individual project level, and in overview, the significant challenges to be overcome; both physical, in terms of transportation distances and greenfield construction (in a region of insufficient skilled resources), and political, in terms of the myriad overlapping approval and consent processes that have to be satisfied prior to construction starting.

There are opportunities to redirect production into the domestic market, in particular into oil sands production/upgrading and into power generation.

However, even the oil sands market opportunities are expected to slow down, as lower oil prices will cause the postponement of projects which are yet to start construction. This is an opportunity for the Canadian federal and province government to decide on strategies to promote the growth of the domestic market, including cogeneration, use of gas in the transportation sector and in petrochemicals/fertilizer plants.

It is also an opportunity to work with the project developers to enhance the permitting framework to speed up the construction of LNG and pipeline facilities once the economic outlook encourages the players to move the projects forward.

Ieda Gomes is a Senior Visiting Research Fellow at the Oxford Institute for Energy Studies. Her areas of expertise include natural gas and LNG market fundamentals as well as energy pricing, policy and regulation particularly in developing countries in South Asia, the Middle East, Africa and Latin America.