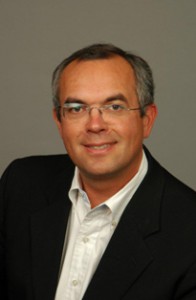 December 8, 2015 – Earlier today, Mr Stephen Poloz, Governor of The Bank of Canada, announced a series of unconventional policy tools which may be deployed during an economic crisis.  Among these, was a policy decision to set a new benchmark low interest rate to minus 0.5 percent, below the previous floor of 0.25 percent.  Yes, you read that correctly, negative interest rates.

By adopting a Negative Interest Rate Policy, the Bank of Canada is at least signaling its own preparedness for an economic crisis or a period of sustained deflation.  Given the sluggish Annual Growth Rates of advanced economies in 2015 (2.1 % versus 4.2% for Emerging Economies according to the IMF) and the continued decline in the Canadian Resource, Energy and Oil Sectors (WTI at $37.51 USD today), it is probably just prudent planning for a worst case scenario.

If so, here is what I recommended in a September, 2014 article in the Globe and Mail – Report on Business.  I believe the course of action outline below, combined with building a strong cash position, focusing on sales expansion and leveraging the relationships with your current customers, will separate the winners from the losers in the turbulent period ahead.

When business cycles change, it may not be the end of the world as we know it, but it certainly feels like it for the unprepared business. According to the U.S. Bureau of Economic Research, since 1933 there have been 13 recessions, averaging 11 months in duration, and with a corresponding drop in GDP ranging from 18 to 2 per cent. In the same period we have experienced multiple currency crisis, stock market crashes, trade wars, stagflation, globalization, technological change, and many other types of apparent mayhem that can wreak havoc on your business, customers and market. The next downturn is only a matter of time.

Since no business owner is clairvoyant and can anticipate every conceivable calamity, hope lies in preparation. A good business leader can build in a safety margin or shock absorber, to help the company survive during periods of excessive turmoil, and then thrive while their less-prepared competitors are picking up the pieces. Great shock absorbers start with exceptional leadership, a strong financial position, a clear core competency and exceptional staff. That is not enough, since each of those factors are subordinate to human error.

However, since people are fallible, an unstructured business highly dependent on human intervention will quickly succumb to pressures outside of the status quo. In fact, maintaining the status quo can become the biggest risk, creating a pervasive sense of complacency.

The best shock absorber is a scalable business system that drives value to your customers, creates a culture of continuous improvement, supersedes behavioural flaws and constantly aligns the company with market need. To build this scalable system, do the following:

Identify: A business system is the integration of the key process steps in your business that create value for your customers by leveraging your core competency. As an example, business systems can focus on product or technology development, service delivery, design iteration or manufacturing excellence.

Select: Focus on systems that create value for the customer and drive cultural excellence. For instance, Toyota adopted the principles of Lean Manufacturing at the end of the Second World War, which propelled it to the position of largest automotive manufacturer in the world today.

Build: Start with your core process that delivers value to your customer base, and ensure it is clear, efficient and aligned with the customer need and maximizing what you do best. If you are in a highly competitive sector, start to build a new core competency focused on higher-margin business.

Iterate: Strive constantly to improve your system by measuring effectiveness, setting improvement targets and hiring external expertise that will be more critical and objective. Focus on improving the weakest link by testing and then improving.

Sustain: Put a system in place to manage the system. This could be as simple as internal audits or adding key metrics to your management review, or as comprehensive as adopting an external ISO (International Organization for Standardization) standard of practice, such as 9000 for Quality, 14000 for Environmental or 31000 for Risk Management. Be vigilant and don’t let your guard down when everything is going smoothly.

Be prepared for significant push back in the short run for taking such a pedantic systems approach, but in the long run and with the benefit of hindsight, your leadership courage will be rewarded.

Putting rigorous and disciplined processes or systems in place is a thankless leadership job, but it is absolutely necessary in order to build a dominate market position and to protect you and your employees against inevitable and regular shocks.

Cities on the front lines of climate changes negotiations

Towards a Global Carbon Market