Cities on the front lines of climate changes negotiations 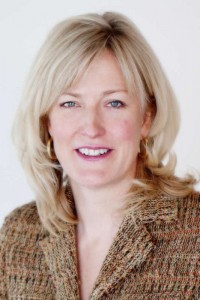 Can you imagine a major city powered entirely by renewable energy?

An impressive group, more than 1,000 municipal leaders respectfully told their national governments to get their respective acts together since cities are already doing the heavy lifting.

After months of gathering pledges, the Paris City Hall Declaration was signed and, though Vancouver may have been first, all other mayors agreed to support 2050 goals of either 100-per-cent renewables or 80 per cent GHG reductions. Cities account for roughly 70 per cent of energy-related carbon emissions worldwide.

In Canada, some hear Vancouver’s 2050 target as a direct attack on Canadian fossil fuel production – both the coming LNG terminals off BC’s coast and for the oil sands in Alberta. Others hear the renewables target as an engineering and business puzzle that can be solved within 30 years.

In truth, fossil fuels will be around past 2050 so there is no direct threat. It requires everyone to think differently about energy production, making room for transitions to lower carbon economies. The question is likely not if, but when, such a 100-per-cent renewable target can be met and whether it can be done in a way that guarantees reliable and affordable access to electricity and fuels. This will be where future mayors have to answer to their own citizens.

Some have suggested that it is easier for mayors to make these promises. Robert Redford suggested in an interview that they are somehow less political and therefore more open to climate change action. Perhaps it is the opposite. Mayors sit at the centre of the challenges faced by air pollution in China or dirty water in Africa (and many First Nations communities in Canada) or eroding coastlines and weakened infrastructure in India and Asia.

We all know that it’s much easier to “put your hands around the throat” of a mayor than a president. And judging by the speeches, the long list of success stories and the can-do attitude of a growing global network of mayors and councils, cities also feel the urgency and need for action and creativity.

For the last four years, McKinsey has been preaching that the primary unit of global economic growth will be roughly 600 cities that will account for 60 per cent of global GDP by 2025 and will be home to 2 billion people.

Their study looks not only at the mega-cities of Beijing, Tokyo, Delhi, Mexico City, New York, but points out that more than 550 middleweight cities with populations of between 150,000 and 10 million today will account for the majority of this growth. What if these cities also became innovators in low-carbon growth, in deploying urban transit, electric vehicles, energy efficient buildings, distributed energy systems.

By taking on more ambitious, long-term targets than most of their national governments, cities have removed another set of political excuses for not reaching a deal here in Paris.

See also:  “Suddenly, climate change policies are all the rage. What gives?“

Velma McColl, a principal at Earnscliffe Strategy Group, has spent the last 20 years working in politics, communications and public policy. She has advised leaders in government, industry and the non-profit sector and specializes in finding opportunities at the intersection of energy, environment and the economy. This article first appeared in iPolitics and is reprinted here with the kind permission of the author.