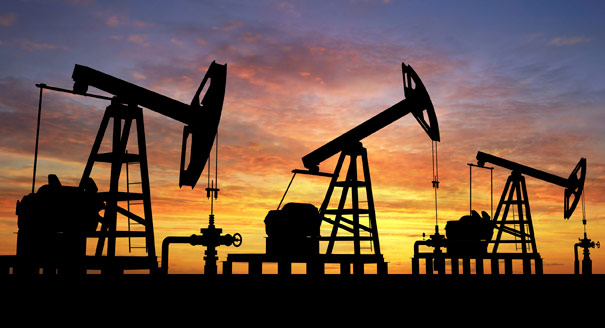 Coal, oil and gas sectors warned that trillions of dollars of assets could be stranded if a global agreement on limiting climate change is reached at the UN summit in Paris.

LONDON, 25 November, 2015 – The fossil fuel industry may waste as much as US$2.2 trillion (£1.45 tn) in the next decade if it persists in pursuing projects that prove uneconomic in a world beginning to turn its back on carbon.

An independent thinktank, the Carbon Tracker Initiative (CTI), says the industry faces “a perfect storm” of factors, including international action to limit global average temperatures to 2˚C above their pre-industrial level, and rapid advances in clean technologies.

The CTI report says there will be no need for new coal mines, oil demand will peak around 2020, and growth in gas will disappoint industry expectations if world leaders agree and then implement the policies needed to meet the UN commitment to keep climate change below 2˚C − the threshold agreed by most governments.

Next week’s UN climate change conference in Paris will be trying to reach such a global agreement.

The report warns: “If the industry misreads future demand by underestimating technology and policy advances, this can lead to an excess of supply and create stranded assets. This is where shareholders should be concerned.” 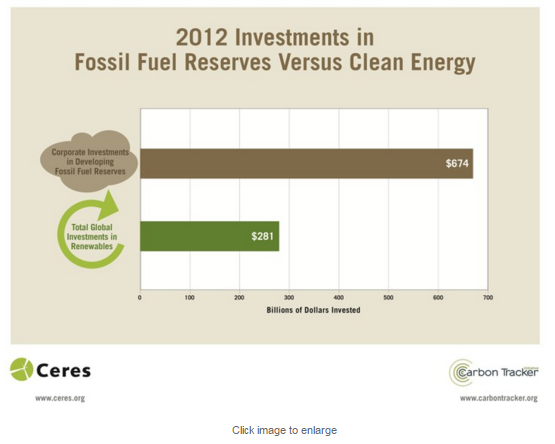 James Leaton, CTI’s head of research and co-author of the report, says: “Too few energy companies recognise that they will need to reduce supply of their carbon-intensive products to avoid pushing us beyond the internationally-recognised carbon budget.

The companies that represent the biggest risk to the climate and to their shareholders include oil majors Royal Dutch Shell, Pemex and Exxon Mobil, and coal miners Peabody, Coal India, and Glencore. Around 20%-25% of oil and gas majors’ potential investment is in projects that will not be needed in a 2˚C scenario, and cancelling them would mean seeing very little or no growth (known as ex-growth).

The report examines production to 2035 and capital investment to 2025. It warns that energy companies must avoid projects that would generate 156 billion tonnes of carbon dioxide (156Gt CO2) by 2035 in order to be consistent with the carbon budget in the International Energy Agency 450 demand scenario, which sets out an energy pathway with a 50% chance of meeting the 2˚C target.

Mark Fulton, a CTI adviser and co-author of the report, says the group had found that coal had “the most significant overhang of unneeded supply in terms of carbon of all fossil fuels on any scenario. No new mines are needed globally in a 2˚C world”.

“Fossil fuel incumbents seem intent on wasting capital trying to hold onto growth by doing what they have always done. . . Our report offers these companies both a warning and a strategy for avoiding significant value destruction.”

The report says: “It is the end of the road for expansion of the coal sector.” And on oil, it concludes: “In the 450 scenario, oil demand peaks around 2020. This means the oil sector does not need to continue to grow, which is inconsistent with the narrative of many companies.” 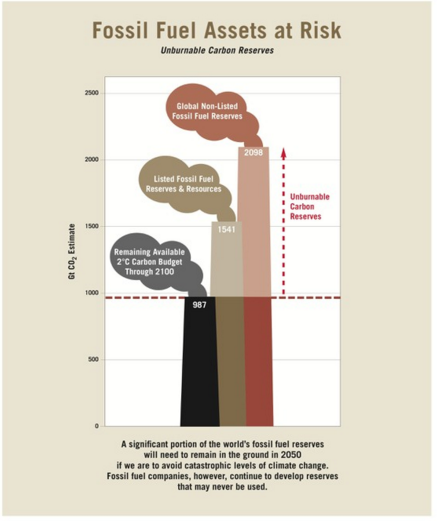 In a 2˚C world, gas growth will be “at a lower level than expected under a business as usual scenario”.

Carbon Tracker’s analysis assumes that carbon capture and storage (CCS) will remove 24Gt of CO2 by 2035, but says this would require a huge expansion of CCS − a technology that remains unproven at a commercial scale, and which many scientists doubt will work soon enough.

In the UK, a significant group of corporate investors is being warned that they may need to screen out fossil fuels, as many do with other types of investment, such as tobacco, armaments and pornography.

The warning stems from a legal opinion expressed by a prominent lawyer, Christopher McCall QC.

This says that it is at least arguable that investing in fossil fuels could be said to be irreconcilable with the intentions behind charities concerned with the environment, health, poverty reduction, and “the consequences of dangerous climate change”.

Charities in England and Wales have a combined income of almost £70 bn (US$106 bn), and the legal opinion is being referred to the body that regulates them, the Charity Commission. – Climate News Network