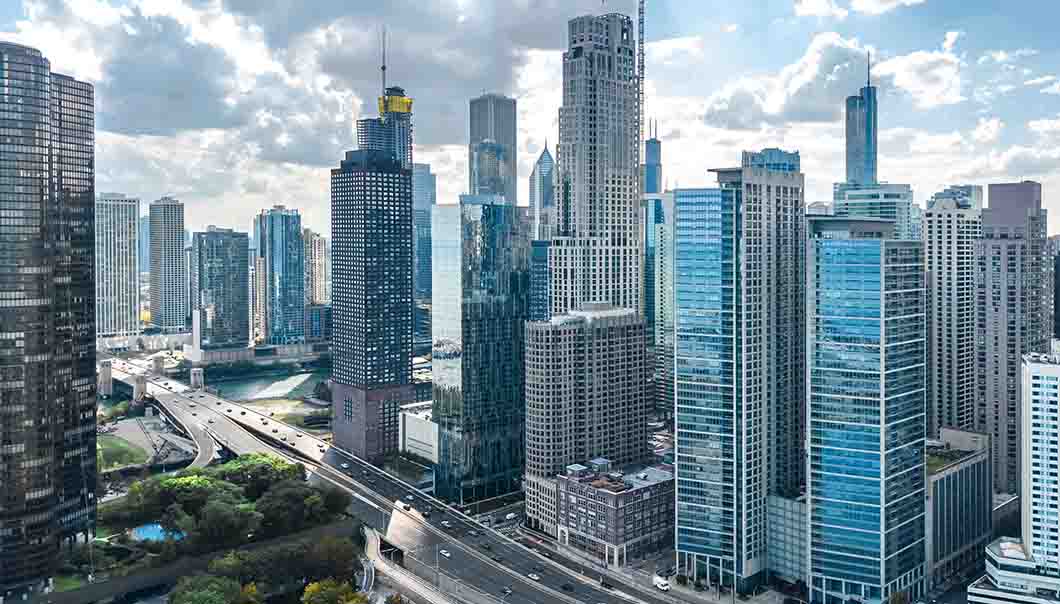 Vancouver, June 26, 2019  – Concrete buildings are quietly absorbing carbon dioxide from the atmosphere, so much so that the built environment represents one of the world’s largest storehouses of carbon that is excluded from current greenhouse gas accounting rules.

This is the main message from peer-reviewed scientific studies summarized in a paper released today by researchers at CalPortland, a founding member of the Pacific Northwest Building Resilience Coalition.

Exposed concrete in the built environment absorbs carbon dioxide through a process called carbonation, a term commonly used to describe any reaction of CO2 with concrete compounds resulting in CaCO3, the main component of limestone. This reaction removes CO2 from the atmosphere and binds it in a stable state in the concrete.

Concrete, the world’s most popular building material, constitutes a large portion of the global built environment. The production of Portland cement, which is used to make concrete, is commonly identified as a major contributor to greenhouse gas emissions.

CO2 emissions occur when calcium carbonate, the main component of limestone, is exposed to intense heat as part of the cement production process. These emissions come from both the fuels used to heat the cement kiln and from the CO2 released from the raw carbonates used to make cement. This process is called calcination. 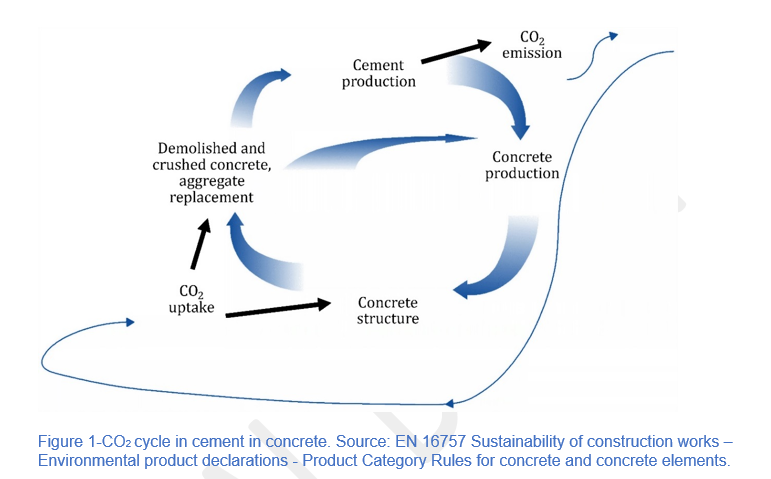 A widely quoted estimate is that cement and concrete use accounts for about 5 % of the world’s carbon dioxide emissions. Often the story ends there, but in fact, the process of calcination is not chemically stable but reversible. This means that CO2 in the air reacts with hydrated cement in the concrete and carbonates are regenerated. This process is called carbonation.

“We have long been aware of the effects of carbonation in concrete,” noted William Larson, Vice-President of Marketing, CalPortland. “It has been explored extensively with regard to concrete durability, however, in the past few decades there have been many studies that have examined factors affecting the capacity of concrete to absorb carbon dioxide from the atmosphere.”

One of the more recent studies from the Swedish Environmental Research Institute (SERI) examined data from several European countries and globally to develop practical models to gauge the extent of CO2 uptake by concrete in the built environment.

The researchers developed several approaches and statistical models of increasing complexity to come up with valid estimates of general CO2 uptake by concrete.

The Tier 1 model provides a simplified approach for use on a national basis relative to the annual emissions associated with cement production in the same year.  It has two options for the calculation of CO2 uptake. Option A uses the mean value of 20% for estimating uptake of CO2 over the life of concrete structures. Option B uses this mean value minus a standard deviation factor for estimating CO2 uptake resulting in 15% uptake.

The standard deviation adjustments are designed to account for various factors that could affect the rate of carbonation. Such factors include the length of time of exposure to the atmosphere. humidity, porosity of the concrete, cement type, and water to cement ratios.

Water is essential for the carbonization process. Painting or covering the concrete with any layer through which CO2 must pass will have a detrimental impact on the rate of carbonation.

Many organizations and companies are actively working on measures to reduce greenhouse gas reductions in the built environment, notes Larson. “Having a better appreciation of the level of CO2 uptake by concrete can help us develop better strategies to mitigate the impacts of climate change. As this paper and several of the studies reviewed clearly show, carbonation in cement products represents a substantial carbon sink that is not currently considered in emissions calculations.”

The paper, Incorporating the Effect of Carbonation in Concrete Life Cycle Assessment, is available here

CalPortland Company is a major producer of cement, ready mixed concrete, aggregates, concrete products and asphalt in the western United States and Canada. Founded in 1891 with the principle of providing unsurpassed quality, CalPortland remains a leader in the industry through its commitment to quality, safety, customer service, technical excellence and environmental leadership. The company maintains its headquarters in Glendora, California and operates in the Western U.S. and two Canadian Provinces. For more information about CalPortland Company, visit www.calportland.com.