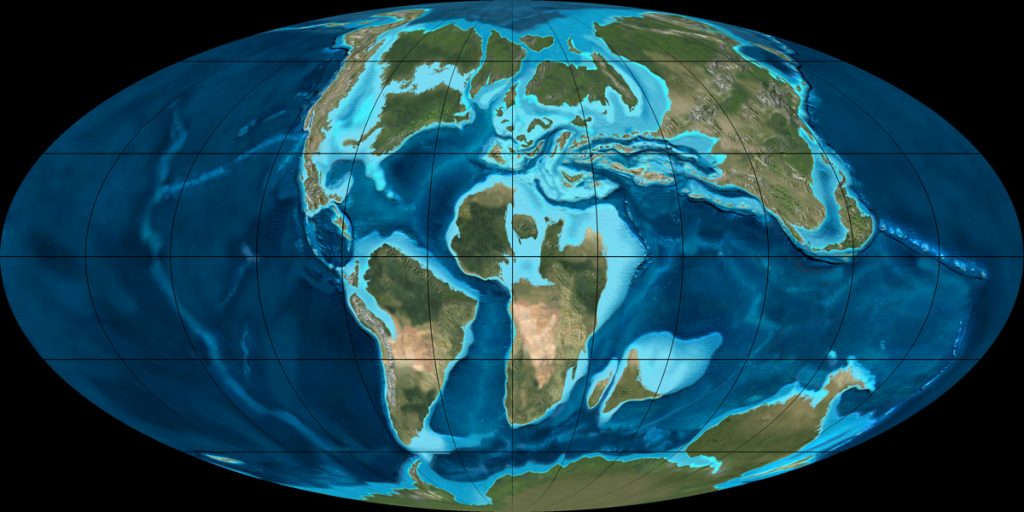 LONDON, 22 January, 2017 – The prehistoric past may have just delivered an ominous warning for the future. Around 120,000 years ago, global average temperatures were roughly the same as they are now − and the global mean sea level was at least six metres and possibly nine metres higher than at present.

If that sea level was replicated, it would be enough to drown much of New York, London, Miami, Shanghai, Amsterdam or any other great coastal city.

At the last count, 634 million people were living at sea level or no higher than 10 metres above it, on the coastal plains of Bangladesh, China, Guyana, Egypt, Vietnam, Gambia, Netherlands, the Nile delta and many more areas.

But it is not certain that prehistory will repeat itself: what happened during a warm spell in the last Ice Age is at the moment no more than a guide to what could happen in centuries to come.

Jeremy Hoffman, doctoral geology student at Oregon State University’s College of Earth, Ocean and Atmospheric Sciences in the US, and colleagues report in Science journal that they compiled more than 100 bits of evidence from more than 80 samples of marine sediments.

They used them to reconstruct what sea surface temperatures would have been during what climate scientists call the Last Interglacial between 129,000 to 116,000 years ago, a warm spell before the snows and glaciers returned.

During this mellow episode, the hippopotamus wallowed in what is now the River Thames, and hyenas prowled the forests where London now stands.

When the Last Interglacial began, temperatures were pretty much the same as those of the world late in the 19th century. A few thousand years later, they had climbed by around 0.5°C, to reach a temperature indistinguishable from today’s global average.

“The study suggests that, in the long term,
sea level will rise six metres at least
in response to the warming we are causing”

The research is a test of climate simulation models, and a guide to what might follow today’s global warming, which itself is driven by prodigal human combustion of fossil fuels over the last 200 years.

The Arctic now is warming faster than the rest of the world, and sea levels are creeping up, but the world’s great cities are unlikely to be flooded in the near future.

Other scientists have welcomed the study. Andrew Watson, Royal Society research professor at the University of Exeter in the UK, says: “Sea level responds directly to global temperatures, but slowly, so that the full extent of sea level rise will only be apparent over thousands of years.

“The study suggests that, in the long term, sea level will rise six metres at least in response to the warming we are causing.

“The good news is that, with luck, it will continue to rise slowly, so that we have time to adapt, but the bad news is that eventually all our present coastal city locations will be inundated.”

And Jeffrey Kargel, adjunct professor of hydrology and atmospheric sciences at the University of Arizona, US, says: “One clear implication is that there is a lot of melting of glaciers and ice sheets still in store for Earth, even if temperatures could be magically stabilised.

“The retreat and thinning of mountain glaciers support this; it takes time for the ice to catch up with temperatures.

“Compounded by the problem that global temperatures are still zooming upward due to increasing burning of fossil fuels, the implication is pretty clear that Earth will be losing a lot of ice mass, and that sea level will be going up for many centuries to come.

“Our energy sources today are causing global disruption of climate and the effects are likely to be felt globally, continuously worsening for centuries and even thousands of years to come.” – Climate News Network