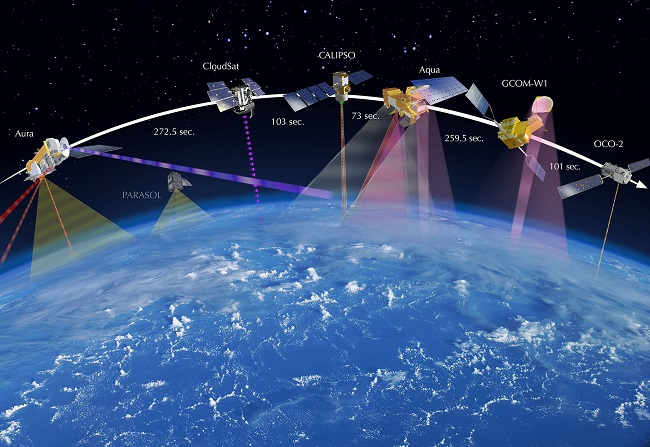 The technique will allow more accurate predictions about how much the Earth is likely to warm over the next few decades as a result of the inexorable rise in atmospheric CO2 – from car exhausts, power station chimneys and burning forests – that drives global warming and climate change.

More than a century has elapsed since the Swedish Nobel laureate Svante Arrhenius first predicted the greenhouse effect, but scientists have until now only been able to establish the way CO2 absorbs light, with accuracies of about 5% at best.

But Oleg Polyanksy and Jonathan Tennyson, professors in the Department of Physics and Astronomy at University College London, and colleagues report in the journal Physical Review Letters that they can exploit the laws of quantum mechanics to narrow the uncertainty to 0.3%.

The consequence is that a range of dedicated satellite missions – among them Japan’sGreenhouse Gas Observing Satellite (GOSAT), the US space agency NASA’s Orbiting Carbon Observatory-2 (OCO-2) and potential European Space Agency missions such as CarbonSat − will not just be able to identify industrial sources of CO2 and map their spread, but watch the gas in action, slowly warming the planet by as much as 5°C by 2100.

“It is necessary to have a very precise answer
to the question: how much radiation does
one molecule of CO2 absorb?”

“Billions of dollars are currently being spent on satellites that monitor what seems to be the inexorable growth of CO2 in our atmosphere,” Professor Tennyson says. “To interpret their results, however, it is necessary to have a very precise answer to the question: how much radiation does one molecule of CO2 absorb?

“Up until now, laboratory measurements have struggled to answer this question accurately enough to allow climate scientists to interpret their results with the detail their observations require.”

The orbiting satellite has become the climate scientist’s most prolific data delivery machine. There are satellites measuring the shrinking of the ice caps and the rate at which the ice is melting.

Besides an arsenal of weather monitors, satellites are using sophisticated sensors to monitor sea level rise, changes in ocean acidity and soil moisture, agricultural success in India, and even the energy spent in lighting up the world’s cities at night.

All these studies are part of the great global warming puzzle, but for most of the last 50 years, confirmation of what a greenhouse gas does has mainly rested on the match of CO2 levels in the atmosphere and the consequent rise in global average temperatures.

The University College team, with colleagues in Russia, the US and Poland, tried another approach. They started with the exact quantum mechanical equations obeyed by a molecule such as CO2 , then harnessed computers and subtle laboratory technologies to measure the different “colours” or wavelengths of light absorbed by molecules.

Each wavelength carries a precise energy, and highly-accurate measurements for small laboratory samples should enable researchers to scale up to equivalent accuracies for the entire atmosphere.

That means that they will be able to observe the intricacies of global warming − more or less as it happens − from high orbit, and make increasingly accurate predictions about future global warming. – Climate News Network