BREAKING NEWS
Is the Future of Wind Energy Gummy Bears
Renewable Energy Drives Switchgear Demand
Why Is Erosion Control Important, and What Are the Best Onsite Solutions?
Futureproofing our Infrastructure
The Resilience Advantage – Disaster Resilient Design
The Role of Dual-Use Solar Panels in Agriculture
What are the Benefits of Renewable Propane
Transforming Your House into An Eco-Friendly Home
7 Amazing Green Technologies Improving Agricultural Practices
Pathway to Resilience and Carbon Neutrality Webinars Now On-Line 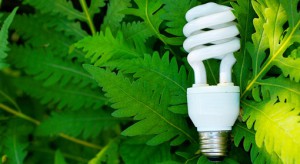 LONDON, 27 March, 2017 − Energy efficiency is a subject unlikely to grab the headlines, but there is a quiet revolution under way that is changing the electricity industry and helping to save the planet from climate change.

After decades of constant increases, the consumption of electricity in many European countries is going down. Coupled with the rise in the use of renewable energy, this has cut carbon emissions faster than expected.

Some countries, notably Germany, have been expecting and planning for this to happen, but the UK government has been surprised by the trend. It forecast a continued rise in the use of electricity − but it has been falling.

The use of electricity per person in the UK has gone down every year since 2008, causing the government to repeatedly revise its future forecasts for energy consumption.

Part of the reason for this is European Union regulations that have pushed the production of energy-efficient appliances, machinery and light bulbs.

But another significant factor is the appointment by many large companies and organisations of sustainability officers, whose specific job it is to find ways of using less resources – particularly energy.

As this trend has gathered pace, more than 100 of the best-known organisations in the UK, many of them charities, have joined together to support the Fit for the Future Network, which has the simple aim of sharing expertise on ways of using less energy and cutting carbon dioxide use. The results can be remarkable.

The savings made on its energy bills in England by the Royal National Lifeboat Institution alone pays for 10 extra inshore rescue boats a year, and have allowed the National Trust, which looks after the countryside, to find the extra money this year to restore 36 kilometres of footpaths.

Collectively, the organisations saved 4,144 tonnes of carbon dioxide going into the atmosphere in 2016, and saved themselves £1.2 million on their electricity bills. They also increased by 50% their own output of renewable energy, reducing the need for new power stations.

The success of the Fit for the Future Network, which only started life in 2012, is down to the simple idea of sharing experience between people who have the same job in different organisations.

By discussing ideas, success stories and knowledge of potential setbacks with dozens of other people trying to achieve the same objectives, experience shows that energy saving and renewables schemes are implemented far quicker and at less cost.

The idea grew from an award won by the National Trust in Wales in 2012 for saving 40% on its energy bills.

A practical side of the award from the Ashden Trust sustainability charity is that winners get expert advice on how to continue their work and are asked to share some of their experience so that others can benefit too.

Simon Brammer, UK programmes manager at Ashden, and Trust Executive at the Sainsbury Family Charitable Trusts, says he had to find a way of helping others to learn the National Trust’s secrets. “After all, if you can make a castle energy efficient than any other building should be a piece of cake,” he argues.

He says that there were many large property-owning organisations that could benefit from saving this quantity of energy. “We asked: How could they learn from each other? How do we prevent the wasted effort of re-inventing the wheel every time, and how can we ensure organisations trust the advice they receive?”

The result was the Fit for the Future Network. Organisations as diverse as Guide Dogs for the Blind, the Tate Gallery, Cancer Research UK, the Natural History Museum, the Canal & River Trust and the Royal Society for the Protection of Birds came together with the same objectives of cutting the use of energy and increasing renewable resources.

Sarah Butler-Sloss, founder director of Ashden Sustainable Solutions, says: “What is so important about this network is that it brings organisations together to accelerate their energy reduction plans. And, not just that, the money saved on energy can be ploughed back into the organisation’s core services, whether its buying lifeboats, fighting cancer or preserving the UK’s heritage.”

As a result of its success and growing membership, the network is widening its remit beyond energy to include wastewater, food and other issues that need to be improved to make businesses more sustainable.

Members believe that although the organisation began in Britain its ideas could be used in any country and would have a direct impact on the cutting the use of fossil fuels everywhere. – Climate News Network

Is the Future of Wind Energy Gummy Bears

The desire for renewable energy sources has increased interest and investments in switchgear demand to optimize the grid.