Rise in CO2 could restrict growing days for crops

LONDON, 20 June, 2015 − The positive consequences of climate change may not be so positive. Although plants in the colder regions are expected to thrive as average global temperatures rise, even this benefit could be limited.

Some tropical regions could lose up to 200 growing days a year, and more than two billion rural people could see their hopes wither on the vine or in the field. Even in  temperate zones, there will be limits to extra growth.

Some tropical regions could lose up to 200 growing days a year, and more than two billion rural people could see their hopes wither on the vine or in the field

Plants quicken, blossom and ripen as a response to moisture, warmth and the length of daylight. Global warming will clearly change the temperatures and influence the patterns of precipitation, but it won’t make any difference to the available hours of sunlight at any point on the globe.

Scientists at the University of Hawaii at Mānoa report in the Public Library of Science journal PLOS Biology that they looked at the big picture of complex change. Higher concentrations of atmospheric carbon dioxide – the greenhouse gas from car exhausts, forest fires and factory chimneys – are expected overall to aid crop and forest growth.

Average global warming of less than 1°C in the last 30 years has extended the northern hemisphere growing season by up to 11 days, but plants are still limited by radiation.

“Those that think climate change will benefit plants need to see the light, literally and figuratively,” says Camilo Mora, lead author of the report and assistant professor in the Department of Geography at the University of Hawaii.

“A narrow focus on the factors that influence plant growth has led to major underestimations of the potential impacts of climate change on plants, not only at higher latitudes but more severely in the tropics, exposing the world to dire consequences.”

Professor Mora has made a career of thinking about global consequences. He and colleagues recently tried to calculate the possible dates at which local climates could shift inexorably in different parts of the world, and tried also to build a picture of how ocean warming and acidification would affect incomes everywhere.

His team is not the first to try to calculate the potential impact of catastrophic global warming on global food supply. Cereals are vulnerable to extremes of heat, and climate change may already be affecting yields in Europe.

But the Hawaiian scientists tried a simple theoretical approach, by first identifying the ranges of temperature, soil moisture and light that drive 95% of the world’s plant growth today.

They then tried to calculate the number of days in a year in which these growth conditions could be expected at various latitudes in the future, as carbon dioxide levels – and average temperatures – climb.

They found that, nearer the poles, the number of days above freezing would increase by 7%.

“But many plants will not be able to take advantage of those warmer temperatures because there will not be enough sunlight to sustain their growth,” says Iain Caldwell, of the Hawaii Institute of Marine Biology. 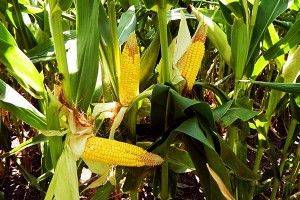 The same warming at the lowest latitudes could be devastating: in some tropical regions, conditions could become too hot and dry for any growth.

Overall, the planet could see an 11% reduction in the number of days suited to growth, and some places in the tropics could lose 200 growing days a year.

Although some regions in China, Russia and Canada will see an improvement, around 2.1 billion people who rely on forests and agriculture for food and revenue could lose 30% of the days they now bank on for plant growth.

But rising levels of carbon dioxide could also affect the quality of plant growth, according to a new study in Global Change Biology.

Zhaozhong Feng, of the Department of Biological and Environmental Sciences at the University of Gothenburg, Sweden, and colleagues looked at the results of eight experiments in four continents on crops, grasslands and forests, and found that as carbon dioxide levels go up, the nitrogen content of the crop is lowered. In the case of wheat and rice, this would also mean lower protein levels.

“Furthermore, we can see that this negative effect exists regardless of whether or not the plants’ growth increases, and even if fertiliser is added,” says Johan Uddling, a plant physiologist at Gothenburg, and a co-author of the report. “This is unexpected and new.”

In the same week, a team of scientists at the University of Alaska Fairbanks produced evidence that climate change has already begun to alter the forests of the far north.

They report in the journal Forest Ecology and Management that in the interior of Alaska, already at the optimum temperature range for white spruce, tree growth slowed as summer temperatures rose.

In Western Alaska, once at the low end of the ideal temperature range for the same species, trees are now growing more rapidly.

“This is not a scenario model, or a might, or a maybe.

“For the first time across a major forest region, we have real data showing that biome shift has started”, said Glenn Juday, professor of forest ecology at the university’s School of Natural Resources.

“This is not a scenario model, or a might, or a maybe. The boreal forest in Interior Alaska is very near dying from unsuitably warm temperatures. The area in Western Alaska where the forest transitions to tundra is now the productive heart of the boreal forest.” − Climate News Network

Sustainable Building Pays Off for Investors