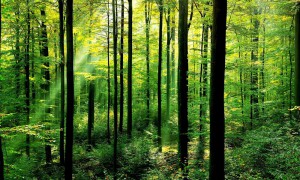 LONDON, 6 March, 2016 – Drought and climate change are now threatening almost all the forests of the continental US, according to new research.

Existing forests, effectively and literally rooted to the spot, are experiencing conditions hotter and less reliably rainy than those in which they had evolved.

“Over the last two decades, warming temperatures and variable precipitation have increased the severity of forest droughts across much of the continental United States,” says James Clark, professor of global environmental change at Duke University, North Carolina.

He and colleagues synthesised hundreds of studies to arrive at a snapshot of changing conditions and a prediction of troubles ahead.

Other research has already delivered ominous predictions for the forests of the US southwest, but the scientists warn that other, normally leafier parts of the continent face increasing stress. Dieback, bark beetle infestation and wildfire risk may no longer be confined to the western uplands.

“While eastern forests have not experienced the types of changes seen in western forests in recent decades, they too are vulnerable to drought and could experience significant changes with increased severity, frequency, or duration in drought,” the authors say.

Professor Clark puts it more bluntly: “Our analysis shows virtually all US forests are now experiencing change and are vulnerable to future declines. Given the uncertainty in our understanding of how forest species and stands adapt to rapid change, it’s going to be difficult to anticipate the type of forests that will be here in 20 to 40 years.”

Quite what happens depends on the speed at which nations switch from fossil fuels – which release the greenhouse gases that drive global warming – to renewable energy. But because carbon dioxide levels in the atmosphere have risen sharply in the last century, some degree of change is inevitable.

“This is like climate change on steroids, and it
happens over much more rapid timescales”

A team of researchers from the University of Colorado Boulder took a closer look at how hotter and drier conditions affect forests. They report in Ecology Letters that felling and forest clearance seem to make things worse, as the newly-exposed edges of an existing forest become more susceptible to drastic temperature changes.

“When you chop down trees, you create hotspots in the landscape that are just scorched by the sun. These hotspots can change the way that heat moves through a landscape,” says the report’s lead author, Kika Tuff, a PhD student at the university’s department of ecology and evolutionary biology.

Low air pressure in the cleared spots pulls the cool moist air from the shade of the trees, to be replaced by hot, dry air. The cleared areas then get the rainfall, while the nearby forest dries.

The warming effect is most pronounced within between 20 and 100 metres of the forest’s edge, where temperatures can be as much as 8°C higher than deep in the forest interior.

Since 20% of the world’s remaining forests lie within 100 metres of an edge, and more than 70% lie within a kilometre of an edge, the discovery suggests that the warming effect could be happening anywhere, or everywhere.

Tuff says: “This is like climate change on steroids, and it happens over much more rapid timescales.”

Meanwhile, to look more closely at the stresses that forests are now facing, two researchers at Washington State University in Vancouver report in the Royal Society Open Science journal that they have made a mathematical model of a forest, enabling them to replicate a millennium of growth and change in about three weeks.

They say they have already used the model to predict increasing fire rates in the hardwood forests of Quebec, because of rising carbon dioxide levels and warmer temperatures.

The model is based on data collected by drone surveys, and it is, they say, the only simulation that creates intricate root systems and canopy structures for each tree. The idea is to provide a tool that can help foresters plan for change.

“One of the major concerns is how climatic changes, in particular droughts, can affect forest structure and dynamics,” they write.

“Drive an hour east along the Columbia River from Vancouver and you will notice a complete transition from very dense forests to savanna and then to desert,” says Nikolay Strigul, assistant professor of mathematics and statistics at Washington State.

“The fear is that drier conditions in the future will prevent forests in places like Washington from re-establishing themselves after a clear-cut or wildfire. This could lead to increasing amounts of once-forested areas converted to desert.” – Climate News Network