SUSTAINABILITY: Is it still possible? 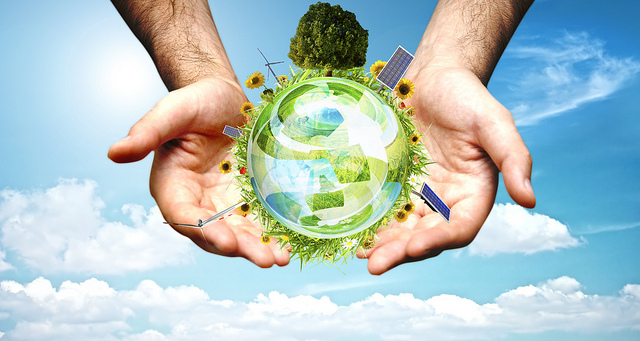 According to Dictionary.com, the word sustainable means, “pertaining to a system that maintains its own viability by using techniques that allow for continual reuse.”

But that’s not what sustainability has grown to mean, say the authors of the State of the World 2013. Instead, this 21st century buzzword means more like taking actions that are a bit better than the alternative—an approach Annie Leonard, the creator of The Story of Stuff, says is simply not enough.

As I began to read the State of the World 2013, I admit feeling a little defeated. I, like many others, am a big supporter of just doing something, anything, because it will help, right? Unfortunately, it seems that the small things (turning off lights, using reusable bags) just won’t cut it. Individual efforts are just not enough to make a broad impact, unless those efforts are tied to a bigger project and vision.

What we’re dealing with is called the Behaviour-Impact Gap, which means that people are adopting these environmentally friendly behaviours with the hope of making some real change, but in reality little to no positive change is actually occurring.

The authors of State of the World 2013 believe that describing such a broad problem as climate change as an individual problem can actually be quite disempowering and the solution is less about the individual impact and new technology, but more about building the political power behind the movement to demand change.

Which leads to the question, how do we create environmental change?

Think about some of the biggest movements in the world’s history: apartheid in South Africa, civil rights in the United States, Gandhi’s campaign of nonviolence. They all have the following in common:

Let’s look at the non-profit 350.org as an example. In big, bold letters on the homepage of the website, you’ll find “We’re building a global movement to solve the climate crisis.” This organization has been behind over 20,000 climate rallies in more than 189 countries in the last four years alone. 350.org has the key components to create change and the people behind the non-profit are creating change on a daily basis.

It’s very obvious that 350.org has a vision of how the world could be, people that share that vision and want to work towards it, and resources for helping people work together to take that next step and take action (if you need some ideas, 350.org has some great resources for getting started).

The key, says social anthropologist Melissa Leach, is for people and organizations to strive for true engagement with other people vs. simply collecting donations and asking for signatures. We need to take the time to make real connections and have real conversations with people, which can range from an office discussion or an informal potluck, to a more official organized event to bring people together.

Leach says that instead of hoping politicians will represent our values and needs, we need to directly engage in issues that are close to our hearts. If we don’t make our voices heard, or help others’ voices to be heard, how will our efforts make a difference?

State of the World 2013 also mentioned environmental education, and the importance of engaging our world’s children in this movement to protect our Earth and curb climate change.

If environmental education was part of the core curriculum, children would grow up understanding how important it is to take care of the planet. Whether it’s getting outside programs, such as Earth Force, into schools or starting an after school program, things change when children and adults are educated and begin to speak out and take action on important issues.

The reality of it all is that our planet needs us more now than ever, and all is not lost. There is still hope, but it’s going to take time and hard work.

What do you think? Is sustainability still possible if we can shift the current eco-paradigm?

Canada lacks a strategy to support its clean energy sector