The Arguments Against Climate Action Are Crumbling Fast 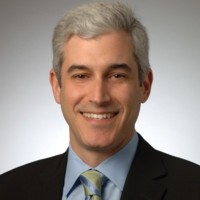 It’s getting very hard for the “go slow” crowd on climate and the clean economy. All of the best talking points are completely falling apart. Here are 7 core arguments about why the U.S. acting on climate change, or building a clean economy, are bad ideas…and some recent news that obliterates each one.

1. It’s expensive and/or “destroys the economy”

The best estimates on what climate change will cost the world – versus the investment costs of acting to avoid the worst of it – have for years pointed away from this fallacy. From the Stern Review in 2006, to the more recent New Climate Economy and Risky Business reports, the numbers show clearly thatnot acting on a changing climate is a horrible fiscal choice.

The most recent analysis, the powerful Energy Darwinism report from Citi, puts some absurd numbers out there: between now and the middle of the century, unchecked climate change could cost the world up to $72 trillion. Citi also calculates what the world should spend on fuel and capital expenditures (on energy and transportation infrastructure) to create a clean energy future: $190 trillion. That sounds like bad news until you compare it to Citi’s estimate for the business-as-usual, fossil-fuel-heavy scenario: $192 trillion.

So, we’re going to invest huge sums of money in energy either way, and we may as well spend $2 trillion less to avoid tens of trillions of economic (and human) damage. And we’ve done it for years – OEC countries grew 16 percent over the last decade while cutting greenhouse gas emissions more than 6 percent. In short, we can increasingly decouple growth from fossil fuels, so acting on climate is a big win-win.

2. China’s not doing anything, so why should we?

Besides missing the point that building the clean economy is good for us no matter what anyone else does, this favorite nugget has been untrue for years. China built the world’s largest solar and wind industries in less than a decade, driving down the cost of those technologies for all of us. The shift is already over there. There’s more wind energy in China than nuclear and the country built more solar in the first quarter of this year than exists in France in total. And what about all that coal?

It’s still a problem, but China reduced coal imports by 42% in the first quarter as well. But this persistent myth about China’s inaction was truly destroyed 2 weeks ago when President Xi Jingping committed his country committed to launch a national cap and trade system to control carbon pollution in 2017. Yes, the market-based solution that American conservative economists and politicians basically created back in 1990 to fight air pollution – but then stopped supporting when President Obama tried to enact it to tackle climate change – will be launched in communist China.

Well, that’s partially true – for a coal company, tackling climate change is an existential threat. And oil and gas companies also have some challenges in the long (for awhile though, the natural gas business wins as coal declines). But for everybody else, the clean economy is a great deal, and a growing number of the world’s largest companies are realizing this. A new batch of multinationals recently joined RE100, a group committed to using 100% renewable energy (disclosure: I’m on the initiative’s steering committee).

The six banks pledging support for policy also specifically pledged “significant resources toward financing climate solutions.” That’s the ‘carrot’ of clean economy finance. On the ‘stick’ side, the fossil fuel divestment movement has gained significant steam. Just a few fringe universities had signed on a year ago, but now Bloomberg reports that “portfolio managers have pledged to steer $2.6 trillion in investments away from fossil fuels.” The largest addition to the movement is likely the state of California, which will get out of coal investments.

5. God gave us dominion over nature to do whatever we want

The Pope begs to differ. The spiritual leader of a billion Catholics came to the U.S. in part to reinforce the messages in his powerful encyclical, Laudato Si. In this 40,000 word manifesto, the Pope makes it clear that, among other things, he finds the science of human-caused climate change compelling and that any interpretation of the Bible that lets humans run roughshod all over creation is dead wrong.

In his words: “we Christians have at times incorrectly interpreted the Scriptures, nowadays we must forcefully reject the notion that our being…given dominion over the earth justifies absolute domination over other creatures…”keeping” means caring, protecting, overseeing and preserving.”

6. Republicans at the national level will never support action on climate

This one was true until a couple weeks ago and the US Republican party is the only major conservative party in the developed, democratic world to challenge climate science. Then 11 Congressional GOP-ers put forward a bill acknowledging climate change and promoting action (that the leader of this little insurrection is Catholic is not random). Yes, it’s less than a dozen, but it’s 11 more Republicans than we’ve seen come forward in years.

7. Renewables can’t power a modern society and/or there’s no feasible plan to get us there.

There’s so much evidence to the contrary, it’s hard to narrow it down. The costs for solar and wind have dropped from 70 to 80 percent over the last five years, with “fossil fuels losing their cost advantage” over the renewables. Deutsche Bank now predicts that most of the world experience “grid parity” – the point when renewables without subsidies are cheaper than the older technologies – within a couple of years.

And the idea that renewables can’t power a modern society is mostly a myth – yes, we need advances in storage technology for when the wind isn’t blowing or sun is down, but those are coming fast also. Multiple studies suggest 100 percent renewable energy is possible by 2050 (or sooner), at least on the grid. And in transportation, does anyone think Tesla-style vehicles are a pipe dream anymore?

In short, the arguments against a clean economy are imploding and sounding weaker every day. In the words of the CEO of We Mean Business, a group of organizations pursuing the clean economy, “the shift to a low-carbon economy is inevitable, irreversible, and irresistible.”

So let’s get going.

This article appears on Andrew Winston’s Blog Page and is reprinted here with the kind permission of the author.

(Andrew’s new book, The Big Pivot, was named a Best Business Book of the Year by Strategy+Business Magazine! Get your copy here. See also Andrew’s TED talk on The Big Pivot. Sign up for Andrew Winston’s blog, via RSS feed, or by email. Follow Andrew on Twitter@AndrewWinston)

Shifting the burden – Should developing nations bear the load for emissions reduction?