After 20 years of international negotiations to cut greenhouse gas emissions, with one aging protocol to show, talks among nations face a critical climax this December in France. New climate legislation and a brake on global warming hang in the balance 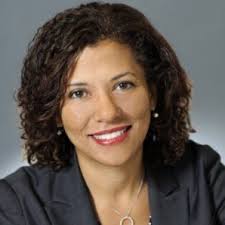 In December, hundreds of delegates and thousands more will gather in Paris, France for the 21st Conference of Parties to the UN Framework Convention on Climate Change (UNFCCC).
The goal of the Paris conference, known as COP21, is to adopt “a protocol, another legal instrument or an agreed outcome with legal force under the Convention applicable to all parties,” which is to come into force in 2020. In other words, it is intended to establish a new protocol to replace the Kyoto Protocol. Remember the Kyoto Protocol?
Here’s a little refresher on the evolution on international climate change agreements, and why COP21 might matter.

The first international response to climate change debuted in 1992, when 196 parties (countries) adopted the UNFCCC at the Earth Summit in Rio De Janeiro, Brazil. The Convention, which took effect in 1994, is an agreement to stabilize atmospheric concentrations of greenhouse gases (GHGs) to avoid “dangerous anthropogenic interference with the climate system.”

Signatories to the UNFCCC have met annually since 1995 at the COPs to assess progress in dealing with climate change and to negotiate specific limits and obligations. In 1997, delegates to COP3 in Kyoto, Japan, agreed to a protocol that committed industrialized countries and countries in transition to a market economy (primarily eastern European countries) to achieve emissions reduction targets. The Kyoto Protocol was the world’s first treaty that required nations to cut their emissions or face penalties. It entered into force in 2005 and now has 192 parties. Canada signed the Kyoto Protocol in 1997, ratified it in 2002, then withdrew from it in 2011. Member parties, meanwhile, agreed in 2012 to extend Kyoto until 2020, when the deal on the table in Paris is meant to take effect.

COP21 has taken on great significance because it could be the last chance for nations to strike a deal that might limit planetary warming to 2-degrees Celsius. That will allow us to dodge some of the truly awful effects of climate change while reducing the risk of uncertainty that comes with further warming.

While the COPs happen annually, it’s taken six years since the collapse of an earlier proposal at COP15 in Copenhagen, Denmark, to get a new plan on track for ratification.

One new, key aspect is this proposal includes developing nations as well as the developed world. As well, in the past year, we’ve seen the world’s two largest carbon emitters, China and the United States, commit to its outcome.

While at the federal level Canada has been dragging its feet in addressing climate change, we’ll have no choice but to join the world if the new protocol goes ahead. A different government in Ottawa come December might be more welcoming; but even with the status quo, Alberta, B.C., Ontario and Quebec are pushing ahead with policies that will allow us to keep pace.

Much of the work for the COP21 plan has already been done; what remains is to bridge final gaps and close the deal. As currently structured, the agreement will have four components: a legal agreement; national greenhouse gas emissions reduction commitments for 2025 or 2030; an economic plan, and concrete commitments by nongovernmental groups to help execute the plan.

The private sector has no direct involvement in COP21, but it has contributed significantly in the lead-up. And without doubt, a successful outcome will have an effect on business by changing the long-term direction of climate change legislation all over the world.

Every Canadian enterprise will need to adapt, while energy-intensive and/or large companies operating in more than one jurisdiction should be prepared to respond to the complex regime of pricing mechanisms, regulations and policies that will emerge.

It won’t be all costs and cutbacks, however. One look at predicted levels of investment and employment in clean tech and related areas underscores the fact that innovative companies will find new opportunities in a carbon-constrained world.

Sandra Odendahl is director of corporate sustainability at RBC and a past GLOBE Series speaker. The views expressed are her own, not necessarily those of RBC. E-mail: sandra.odendahl@rbc.com. This article first appeared in the October 12th version of Listed and is reprinted here with the kind permission of the author.

The Arguments Against Climate Action Are Crumbling Fast