The Pope, the Economy and the Case for Climate Action

June 16, 2015 –  This week Pope Francis issues his long awaited Encyclical on Climate Change. The Pope’s message should galvanize support for climate action for the Catholic community and well beyond.

It will speak not only to the 5,000 Catholic Bishops, nor only to the 1.2 billion Catholics worldwide, but to all people of goodwill who are open to the moral context of climate change.

I’m confident of this, since two weeks ago, together with members of the Global Commission on the Economy and Climate Change, I had the great privilege of meeting with the Pope and his top Cardinals at the Vatican to discuss the subject.

Concern about human despoiling of God’s creation is not new for the church. Two thousand six hundred years ago, the prophet Ezekiel, speaking for God, asks:

Ezekiel is making a moral and spiritual point as well as a physical point, of course.

Environmental damage is a symptom of a deeper moral problem — of excess, self-centeredness, thoughtlessness and a disregard for the needs of others.

This is precisely what’s causing climate change today. A key insight from passages like this is the pointlessness and unfairness of it all. Nobody benefits from the trampling and muddying, but many get hurt by it.

This brings us back to why we met with the Pope and Vatican leaders. They and we are concerned that too many political and business leaders, and regular citizens, believe that dependence on high-carbon fossil fuels (the “trampling and muddying” of climate change) are necessary for progress: an inevitable price to be paid for economic growth and poverty reduction.

Many people understand the need to address climate change, but some believe the cost would be too high in terms of lost growth and progress. This is a wrong understanding.

In last year’s New Climate Economy report, produced by the Global Commission on the Economy and Climate (WRI serves as the managing partner), we showed that addressing climate change with urgency will actually promote more rather than less progress, even in the near term. It will create more efficiency, more fairness and better health, and will cost less over the medium term thanthe current approach.

In our meeting at the Vatican, President Felipe Calderon (former President of Mexico, and Chair of the Commission) explained the compelling new evidence that strong climate action is good for the economy and good for society. Global Commissioners Paul Polman (CEO of Unilever), Naina Lal Kidwai (Chair of HSBC India), and Jeremy Oppenheim (Senior Partner at McKinsey) spoke of how climate change is hurting the poor and the economy, how technology has transformed our options, how a rapidly growing number of business leaders recognize the need for urgent action, including taxing carbon emissions, and how this can help provide clarity to guide their investment decisions.

Cardinal Parolin (Secretary of State at the Vatican), Cardinal Turkson (President of the Pontifical Council on Justice and Peace), and Cardinal Donald Wuerl (Archbishop of Washington) spoke of the long history of theological thought on this issue, and the commitment of the church together with businesses, governments and all citizens to engage strongly in addressing this critical issue.

Oddly, some people – including a least one aspiring presidential candidate – have suggested that church leaders should stick to spiritual issues and not opine on issues like climate change.

But in reality, anybody who reads the Bible carefully is compelled to speak up on this issue. People of faith have understood this subject for centuries longer than modern day policy wonks and politicians, or even environmentalists.

The teaching on creation and environmental issues in the Judeo-Christian scripture is crystal clear: God created nature and saw that it was good. That creation is for the use and enjoyment of humans and other creatures. (But note: use, but not abuse.) The very first commandment to men and women — in Genesis 2 — was to be good stewards of God’s good creation.

Why such a strong emphasis on stewardship? In part it’s to ensure that the services of nature are available to the poor and powerless as well as the rich and powerful; and in part because nature itself is good and God chooses to communicate through it. King David writes a beautiful psalm on this point:

The heavens declare the glory of God; the skies proclaim the work of his hands.
Day after day they pour forth speech; night after night they reveal knowledge.
They have no speech, they use no words; no sound is heard from them.
Yet their voice goes out into all the earth, their words to the ends of the world.
(Psalm 19)

This is intuitive to anybody who looks at the night sky. And yet today more than 3 billion people never see it due to air pollution. And another 7 million die each year due to that same pollution.

The Bible’s teaching is not anti-development or anti-modernity. Indeed the highest form of human and spiritual organization is often conveyed using urban images. Heaven is referred to as the “City of God.”

But the question is what kind of city? What kind of economic development? Would it be a city like many in the world today in which the poor, who are forced to live in the far suburbs, must travel three hours each way to work, in which congestion erodes income?

Or in which life expectancies are reduced due to the quality of air, and in which flooding and drought become common occurrences due to the gases we put into the atmosphere? Surely not.

The good news is that such city environments are not inevitable on Earth or in heaven. It is possible to design cities around people rather than automobiles, to create more vibrant mixed-use communities, to enjoy lower pollution, more public parks, a much better quality of life and a more dynamic economy.

In the process, carbon emissions can be cut by more than half and the cost of infrastructure would be much less than at present. How to do this was laid out in the New Climate Economy report last year, not by a group of ideological environmentalists, but by tough, sharp-penciled business leaders, economists and city planners.

The Commission showed that similar shifts towards low carbon, higher efficiency, people-first trajectories are also possible in rural areas and in energy, where 1.3 billion still lack access to electricity. What’s needed is strong leadership and a change in heart, so that the vested interests in the current model no longer prevent us moving to a much better one.

This is where the Encyclical comes in. His Holiness, Pope Francis, will lay out a compelling moral and spiritual imperative for changed hearts and changed behavior. It should give us great pleasure, and some relief, that economist and business leaders are now catching up with him. 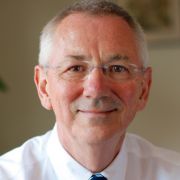 Dr. Andrew Steer is the President and CEO of the World Resources Institute, a global research organization that works in more than 50 countries, with offices in the United States, China, India, Brazil, Indonesia and Europe. WRI’s 450 experts work closely with leaders to address six urgent global challenges at the intersection of economic development and the natural environment: food, forests, water, climate, energy and cities. Read more on Dr. Steer’s biography here.

This article first appeared on the World Resources Institute Blog pages and is reprinted here with the kind permission of the author.