The Way Forward – Carbon Pricing at the Provincial Level

Toronto, April 7, 2015 –All provinces should adopt or strengthen carbon-pricing policies to position Canada for success in a global economy that increasingly values low-carbon activities, according to a new report released today.

“Getting moving now allows policy to begin reducing greenhouse gas emissions immediately and then ramping up to yield more significant reductions over time,” says commission chair Chris Ragan, an associate professor of economics at McGill University in Montreal and former Special Advisor to the Governor of the Bank of Canada.

This report begins by establishing the significant cost to Canadians of delaying climate policy action. It posits that the question facing Canada today is not “if” greenhouse gas reductions must be accelerated, but rather “how.” The authors conclude that the practical and cost-effective way forward for pan-Canadian emissions reductions is through provincial carbon pricing.

“Carbon pricing at the provincial level will give households the incentive to adapt their behaviour, businesses the certainty and flexibility to invest in low-carbon solutions, and provinces the ability to customize policy in ways that make the most sense for their economies and priorities,” he says. “The world is gradually moving away from carbon, and will move even further in the next 40 years. Canadian firms will fare much better if we start making that transition now.”

Released today, the Commission’s report explores two central issues. First, why provincial carbon pricing is the practical way to move forward on achieving meaningful, low-cost reductions in GHG emissions. Second, which details and fundamentals of policy design need to be considered as provinces take their next steps. 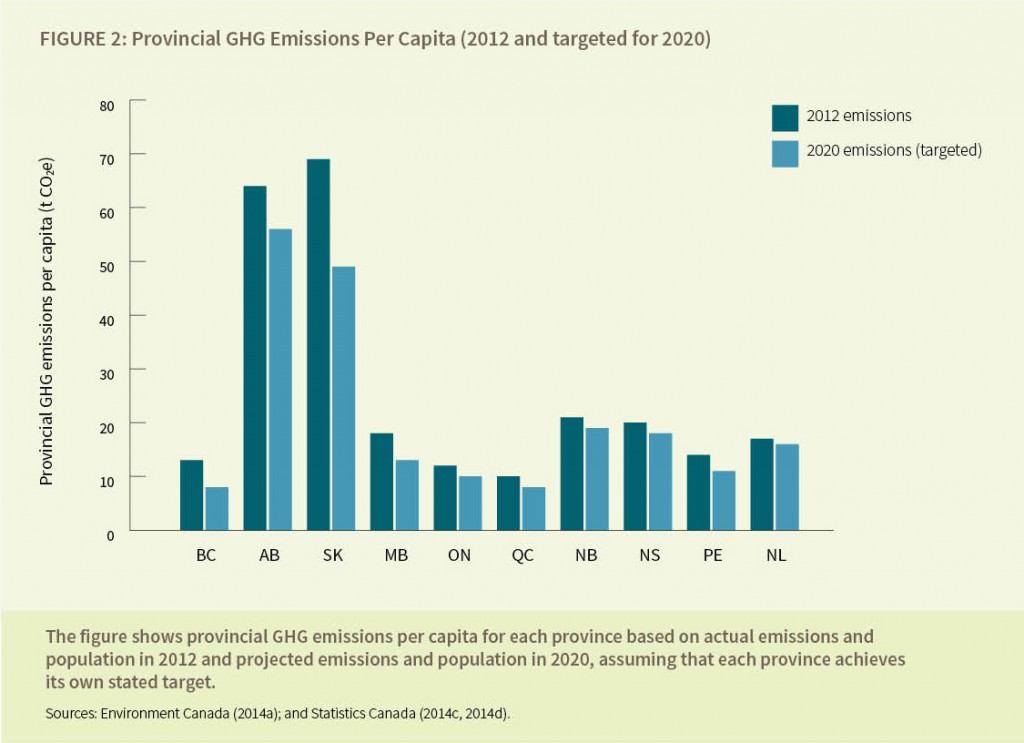 According to the report, a comprehensive and consistent carbon price across Canada is the ultimate goal, but moving forward now through independent provincial action makes good sense.

“Provinces not only have the jurisdiction to price carbon, they already have a head start. British Columbia, Quebec, and Alberta have all implemented different approaches to carbon pricing, Ontario has indicated that it’s ready to move in the next year, and there is a live discussion taking place in Nova Scotia,” says Ragan.

All provinces and Canada as a whole stand to benefit more from carbon pricing than any other type of climate policy, he adds. And while there is an overall national benefit to coordinating provincial policies, the biggest wins come from all provinces putting their own independent pricing policies in place.

“Provinces have every reason to put smart and practical carbon pricing policies in place now. They don’t need to wait for anybody. We all stand to gain from provincial action,” says Ragan.

The report concludes with four recommendations for Canadian policymakers:

The question is not if Canada needs to lower greenhouse gas emissions, but rather when and how. The answer is now—through provincial carbon pricing.

Established in November 2014, Canada’s Ecofiscal Commission is a unique effort to advance fiscal policy reform for the benefit of Canada’s economy and environment. The commission comprises a dozen prominent economists from across Canada’s regions and 16 advisors including former political leaders and leaders from the business sector.

Over the next five years the commission will publish and promote discussion of research and recommendations grounded in Canada’s unique and regionally diverse economic and policy context. It will focus on issues most relevant to Canadians and policy-makers including those affecting fresh water, air quality, environmental disasters, greenhouse gas emissions, transportation and road congestion.

Its first report (November 2014) showed that smart fiscal policies could be used to significantly reduce greenhouse gas emissions, pollution and waste, while stimulating innovation and growth. The Commission termed these ecofiscal policies ‑ a new word to facilitate a new conversation about solutions guided by both economic and environmental objectives.

The Commission is funded by several Canadian family foundations and Canadian corporations.

For more information about the Commission and to view its reports visit: www.ecofiscal.ca