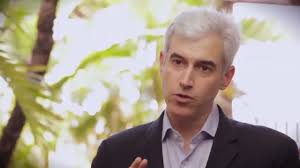 June 2016, 2016 – Last year, networking giant Cisco Systems worked with one of its contract manufacturers in Malaysia to deploy 1,500 energy and temperature sensors on its manufacturing equipment. These more “intelligent assets” read performance data, giving Cisco a detailed view of energy consumption — one that had not been available before.

Last week, at an internal Cisco meeting, the company’s VP of Supply Chain, John Kern, proudly reported that the project had identified ways to cut energy use by approximately 30%, which will likely save $1 million per year. (Disclosure: I was at the meeting as a paid speaker on sustainability strategy.)

When Cisco rolls out the sensors globally, these savings will add up. But to me, the most fascinating thing about the whole initiative is the organizational mindset shift it’s creating: a realization about the value of getting smarter about how — and where — operations use energy. As Kern put it, “We always manage costs so closely, but we weren’t really measuring energy — we didn’t know how much we spent! Through digitization initiatives such as this, we now have a way to measure, monitor, and manage energy…this is huge since energy is typically a factory’s largest variable cost.”

In many of the most sophisticated companies with top tier operational practices, energy has mostly been treated as a cost line item, watched only by mid-level managers or execs, if at all. This black box approach can’t last. It’s time to move energy into the C-suite so executives can manage this critical component of operational performance in a more strategic way.

In addition, with the global climate accords signed now by 175 countries, the world is clearly turning attention to carbon emissions. How a company manages its carbon footprint and approach to energy in general is becoming a top-tier operational issue — and a big deal to regulators, customers, employees, and investors.

Some sectors have woken up already. In the tech world, for example, energy is now the largest component of variable costs for running a datacenter. Logically then, many of the companies investing most heavily in renewables are tech giants like Google, Apple, Microsoft, and Facebook. Heavy industry is also diving in, and companies like 3M, Dow, and Owens-Corning have bought many megawatts of renewable energy and found billions of dollars in energy savings. In agriculture, carbon emissions and energy use throughout the value chain are increasingly a core operational issue as well.

Every sector should be taking energy this seriously. Even if it’s not a large cost or risk issue in direct operations, it certainly is somewhere else in the value chain. The importance of energy to the global economy, to geopolitics, and to corporate bottom lines — plus the pressing need to tackle carbon emissions to ensure a stable planet and global wellbeing — all combine to make a powerful case for managing energy much more strategically at all levels, from facilities to total operations to strategy.

This basic argument, and its repercussions, are laid out in a new strategy guide that I co-authored with PwC’s George Favaloro and Tim Healy, the CEO of EnerNOC, a leader in energy intelligence software. For our paper, Energy Strategy for the C-Suite, we analyzed research and data on energy use at hundreds of companies, and included perspectives from an advisory council that included corporate energy executives and government and academic thought leaders (I also sit on that advisory group).

Aside from describing the mega-trends coming to bear on companies — such as climate change; new expectations of increased transparency about business operations; tech breakthroughs like big data and the internet of things; and dramatic shifts in how energy markets work and how to source energy — we identified 15 emerging best practices that can help companies create more value.

Here are a few examples of what we recommend in this new framework:

In total, energy is one of the largest components of company cost structure, and it’s a complicated operational issue. But it’s rarely seen as something that can provide deeper strategic insight. With new tools in a much more connected world, executive can better manage this most basic of inputs into the economy. Energy is just too important to be managed as a line item.

(This post first appeared at Harvard Business Review online) and is reprinted here with the kind permission of the author.

(Andrew’s book, The Big Pivot, was named a Best Business Book of the Year by Strategy+Business Magazine! Get your copy here. See also Andrew’s TED talk on The Big Pivot.

Share your views on improving Canada’s environmental and regulatory processes